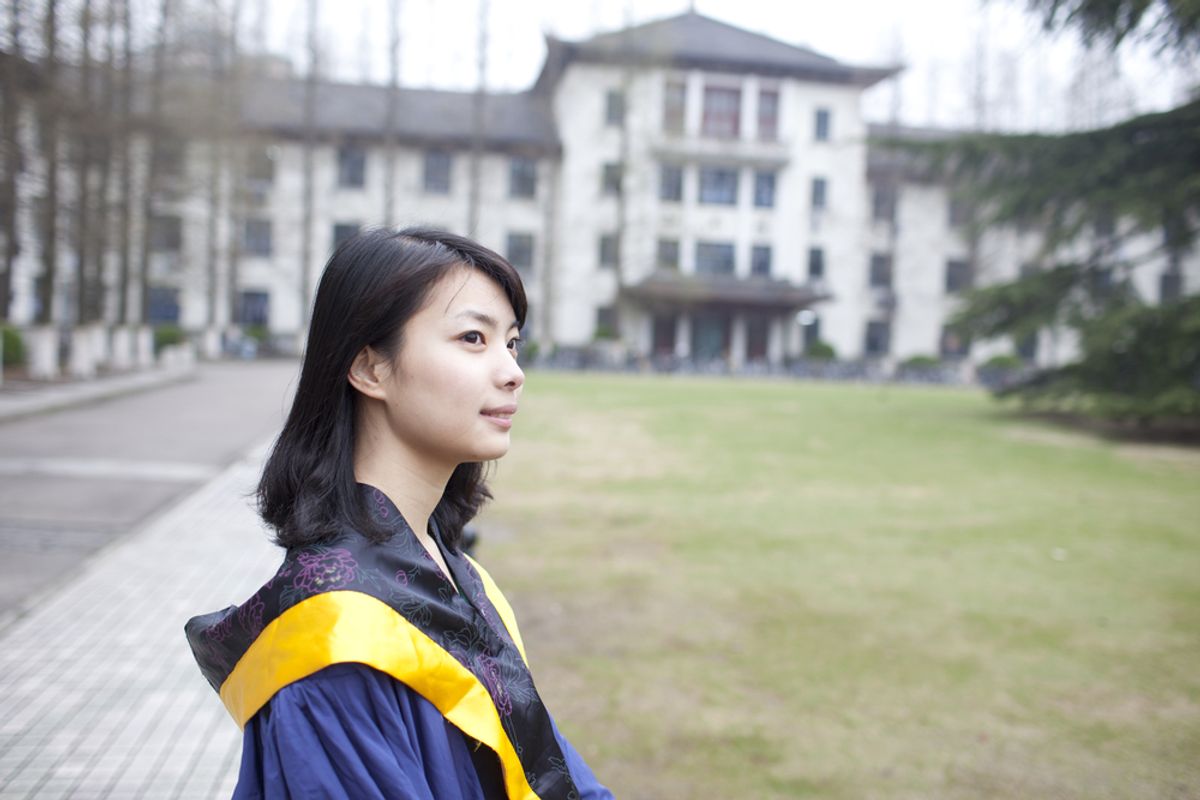 HONG KONG — In America, things are finally starting to look up for the millennials. Unemployment has dropped, job prospects have brightened, and the economic hangover from the recession has begun to fade.

In China, the headaches for the younger generation may have just begun.

This summer, nearly 7 million students will graduate from Chinese universities — a record high. Of these, only 27 percent of Beijing graduates and 30 percent of Shanghai graduates have lined up jobs — a record low.

This flood of jobless graduates joins an already-deep pool of underemployed, educated young Chinese. Over the last decade, the number of college graduates has multiplied six-fold, while the number of white-collar jobs has not kept up. According to the state-run China Youth Daily newspaper, the number of jobs available has dropped 15 percent since 2012.

In fact, those who attended university may be the worst off. Among people in their early 20s, the unemployment rate is highest among those with a college degree — over 16 percent, four times greater than those with just an elementary-school education. And as China’s economy slows, multinationals like HSBC and Motorola have begun trimming their mainland workforces, exacerbating the job shortage.

Some Chinese media have taken to calling it “the hardest year in history to find a job,” worse even than in 2008 at the height of the global financial crisis.

The government is clearly worried about the problem, and is trying to roll out job-creation measures to help the young and unemployed. As part of a package of proposed economic reforms, Premier Li Keqiang has called for making job creation a key metric in local officials’ evaluations. This month, the government pledged to create 9 million urban jobs.

General Secretary Xi Jinping has also expressed urgency about millennials’ plight. Earlier this month, he paid a surprise visit to a student job fair in the northern city of Tianjin.

"Employment is the basis of people's livelihood," he said, according to the state-run Xinhua news agency. "Without economic growth, the employment issue can't be solved."

Beijing officials are perhaps particularly sensitive to the dissatisfactions of the young and educated — after all, the 1989 Tiananmen Square protests were led by disaffected university students.

For those who have landed jobs, life is sometimes still not easy. A recent work-related death has once again called attention to the plight of young employees driven to the edge in cutthroat firms.

Last month, Li Yuan, a 24-year-old employee of Ogilvy & Mather advertising agency in Beijing, died of a heart attack at the office after allegedly a month straight of overtime, during which he never left the office before 11 p.m., according to local reports.

More than 15,000 people commented on his poignant last post on his microblog, which shows a young man saluting the camera under the text “Goodbye, beloved people, goodbye to this world.” Many claimed he had been killed by overwork.

“No matter what industry you work in, working overtime is never a choice. Rest in peace,” wrote one user on Weibo.

In 2011, the death of a young PricewaterhouseCoopers employee in Shanghai also led to a surge of online anger and speculation that her health had been endangered by overwork, with friends reporting she put in 120 hours per week.

Nearly 600,000 people die each year of work-related exhaustion, according to China Youth Daily. And a 2012 study by the consulting company Regus found that three-quarters of Chinese workers said their stress was rising, making China the most stressed country in the world.

As a result, a number of young people say they want to leave China, even as its economy continues to grow faster than the developed countries of the West.

A video produced by Tencent News and translated by Tea Leaf Nation’s Liz Carter, chronicles the fears and anxieties of Chinese workers. It dramatizes the concerns of Zhou Yue, a 25-year-old office worker and vocational school graduate who wants to leave China for a better life; Sun Yu, 25, an employee who can’t get to work on time; and the narrator, a well-educated 26-year old who hopes to eventually own a car, but never expects to be able to buy a house.

“Day after day, the same work, the same meetings, just as dry, just as boring, just as worrying as ever,” the narrator says.

More from GlobalPost: The changing face of Chinese labor

While China’s economic performance over the last 20 years has been the envy of the world, the happiness of its citizens has not kept the pace. Chinese today rate their satisfaction no higher than it was in the early 1990s, when China’s economy was a fraction of the size, according to a survey by Richard Easterlin of the University of Southern California.

This may be because as the middle class has grown, so have people's expectations. And the stability of the older generation's "rice bowl" policies, which provided a social safety net from cradle to grave, is long gone.

“Due to the high competitiveness in workplace and the ever increasing pace of life, Chinese city dwellers remain numb about overwork until their lives are threatened,” says Li Wan, a white-collar worker in Beijing in the Global Times.

“Chinese people are diligent by necessity, not nature. Such diligence extracts a high price, not only in terms of a healthy state of mind, but also in quality of life.”