Royal Caribbean cruise ship returns home after fire on board

There were no reported injuries among the Grandeur of the Seas' 2,200 passengers 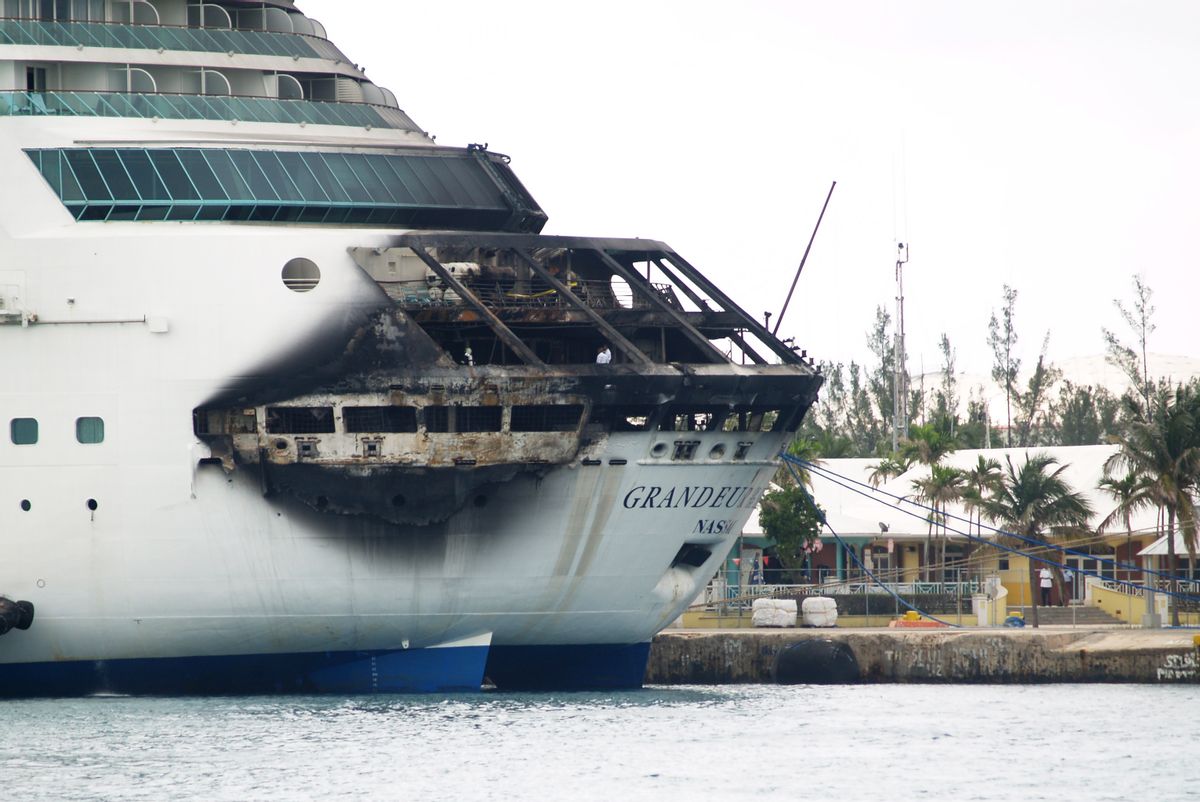 BALTIMORE (AP) -- For the second time this year, a fire at sea has aborted a cruise ship's voyage. This time, aboard Royal Caribbean's Grandeur of the Seas and the ship's 2,200 passengers were expected back in Baltimore on Tuesday after being flown on charter flights from the Bahamas.

The fire that began at 2:50 a.m. Monday was extinguished about two hours later with no injuries reported. A cause wasn't immediately known but the U.S. Coast Guard and the National Transportation Safety Board planned to investigate.

The ship, which left Baltimore on Friday for a seven-night cruise, was headed originally to CocoCay, Bahamas. Royal Caribbean said the ship never lost power and was able to sail into port in Freeport, Bahamas, Monday afternoon. The ship launched in 1996 and was refurbished last year.

Royal Caribbean said on its website and through social media that executives met with passengers in port and that the cruise line was arranging flights for all 2,224 guests. Also, passengers will get a full refund of their fare and a certificate for a future cruise.

Aboard ship, the captain announced that passengers needed to go to their muster stations, said passenger Mark J. Ormesher in an email to The Associated Press. Immediately after, his room attendant knocked on the door and told him and his girlfriend to grab their flotation devices. The attendant said it wasn't a drill.

Ormesher, a native of England, who lives in Manassas, Va., said he and his girlfriend smelled acrid smoke as they went to their muster station, the ship's casino. The crew quickly provided instruction.

"This encouraged calm amongst the passengers," he said. Passengers were required to remain at their stations for four hours, he said, and the captain "provided us as much information as we needed to stay safe."

Ormesher, who is 25 and on his first cruise, said the air conditioner had been shut off, and as the hours passed and the ship got hot, bottled water was distributed. The crew and passengers remained calm, and helped those who needed it. Crying babies were given formula and held while their parents used the bathrooms.

Photos show a substantial area of the stern burned on several decks of the ship the length of about three football fields.

Royal Caribbean said all guests and 796 crew were safe and accounted for. Royal Caribbean spokeswoman Cynthia Martinez said in an email that the company was arranging 11 different charter flights.

The company in a statement on its website said it is "deeply sorry for this unexpected development in our guests' vacation. We understand that this may have been a very stressful time for them. We appreciate their patience and cooperation in dealing with this unfortunate situation."

Carnival Corp. also had trouble with fire aboard ship earlier this year.

The 900-foot Triumph was disabled during a February cruise by an engine room fire in the Gulf of Mexico, leaving thousands of passengers to endure cold food, unsanitary conditions and power outages while the ship was towed to Mobile, Ala. It remained there for repairs until early May when it headed back to sea under its own power.

On the Royal Caribbean ship, after passengers were allowed to leave their stations, Ormesher said he saw water on the outside of deck 5 and in the hallways. The mooring lines were destroyed he said; crew members brought new lines from storage.

The damage at the rear of the ship "looks bad," Ormesher said; burned out equipment was visible.

Martinez said in a news release that a cruise scheduled aboard the Grandeur of the Seas for May 31 has been canceled so the ship can be repaired.