Conservative pundit: Women were “designed” to serve their husbands 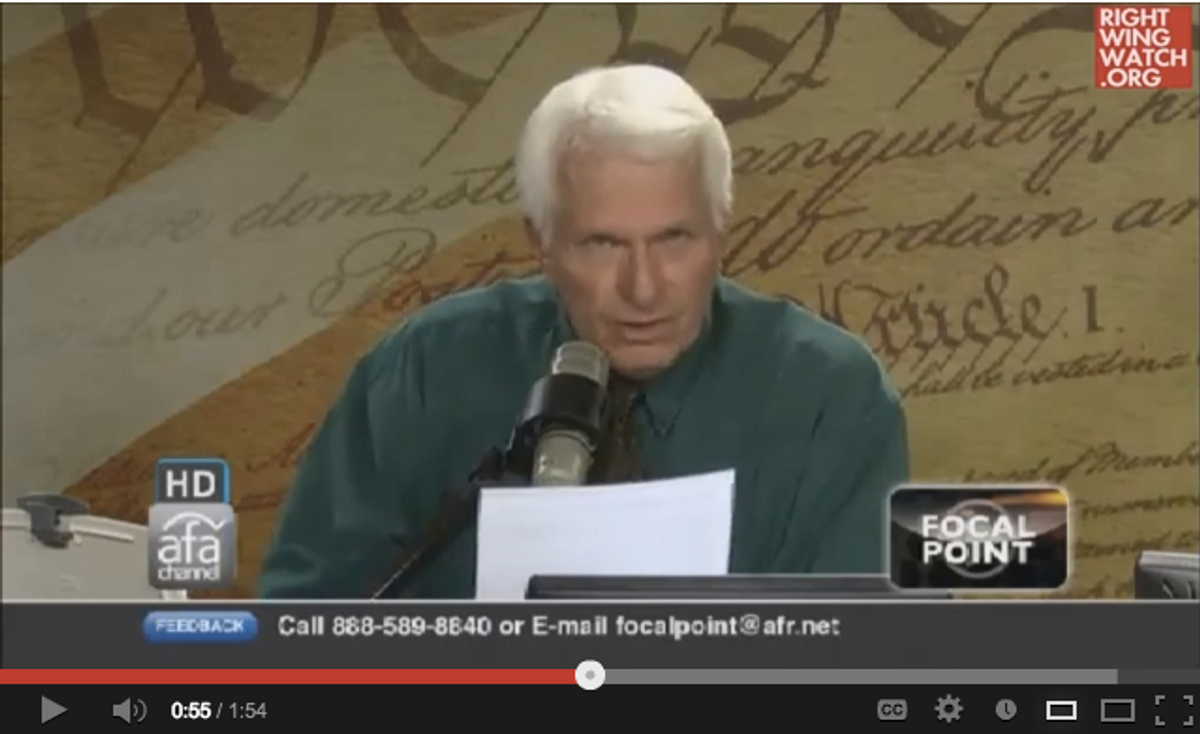 Conservative pundit and issues director for the American Family Association Bryan Fischer took to the airwaves on Wednesday to gesture emphatically and make loud noises in response to a report from the Pew Research Center that 40 percent of American mothers are the sole or primary breadwinner for their families.

His response, that women were "designed" to serve their husbands from inside the home, was predictably bananas; but, interestingly, wasn't too far out of step with Pew's own findings about Americans' discomfort with working women and single mothers.

According to the Pew report, 74 percent of adults said that working mothers make it "harder for parents to raise children," while 51 percent of respondents believed that children are "better off" if a mother is home and does not hold a job.