If the measure is signed into law, the Boy Scouts will have to pay taxes on membership dues and other donations 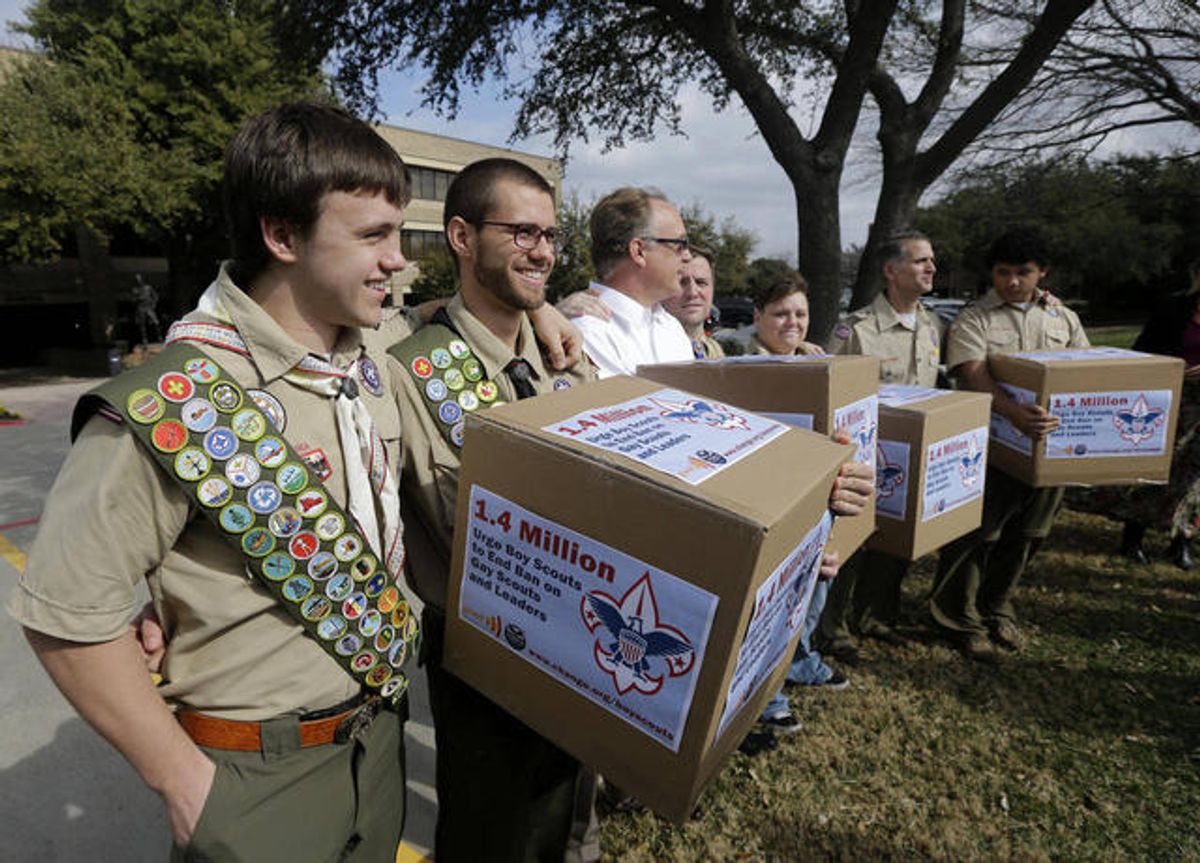 The California Senate voted on Wednesday to approve a measure that would strip the Boy Scouts of America of its tax-exempt status, along with other public charity youth groups that discriminate on the basis of sexual orientation, among other protected statuses.

In his floor speech on the measure, bill sponsor state Sen. Ricardo Lara (D) noted that, unlike the Boy Scouts, the Girl Scouts, 4-H clubs, Boys & Girls of America and YMCA are all open to gay members. Ricardo went on to argue that the organization's anti-gay policy violates California law.

If the measure is signed into law, the Boy Scouts will have to pay taxes on membership dues, donations and all fundraising activities.

The Boy Scouts voted last week to lift the ban on openly gay scouts, but the organization's policy against gay leadership remains intact.

You can watch Ricardo's address to the Senate below: