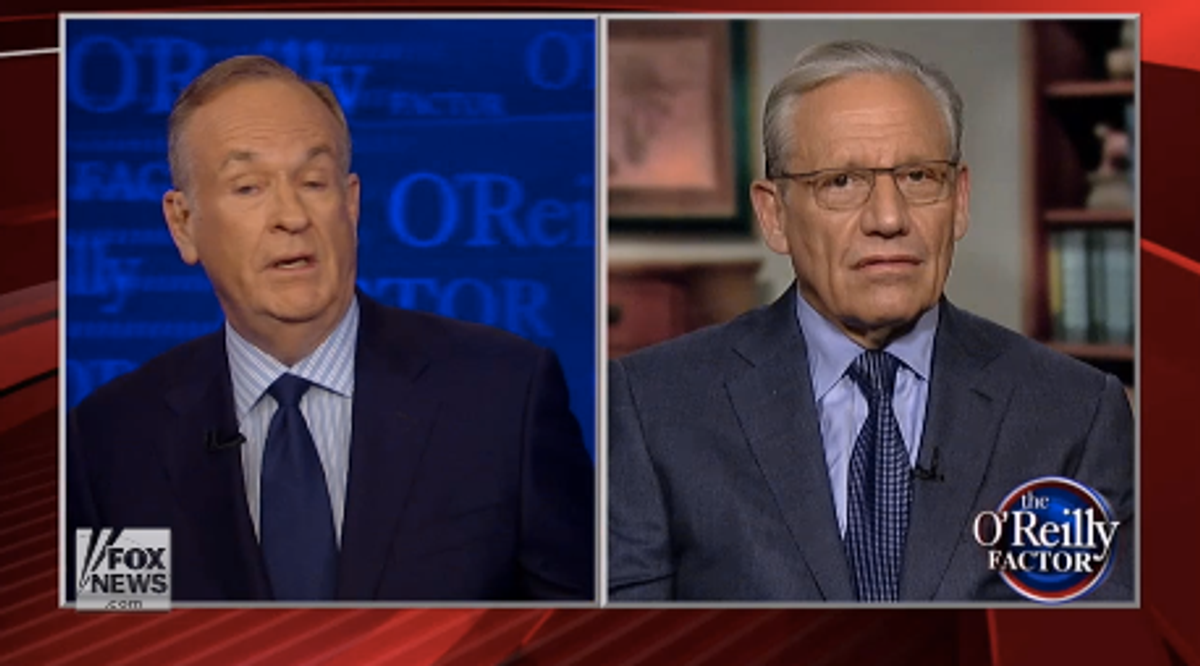 “This fiction that somehow [the IRS is] totally an independent agency is absurd,” Woodward, who broke the Watergate scandal, said. "You say they aren't answering this question about the 157 visits by the IRS commissioner. They should."

"President Obama could easily come out through his spokesperson and say this is where Mr. Schulman was. And here are the dates. Here is who he met with," O'Reilly said. "The fact that the President doesn't do it, should raise the curiosity of every reporter, Mr. Woodward, every reporter. Yet, as I said, the major network news on television ignored the story last week in its totality. It's amazing."

This forces us to ask the uncomfortable question of whether O'Reilly and Woodward have access to Google. Because if they did, they would have the answers to all of these questions, and they may even find a statement from the president's spokesperson that he is supposedly refusing to give.

“The IRS commissioner, in carrying out his duties, would of course have many reasons to have an appointment to visit the White House,” White House spokesperson Eric Schultz said.

That's a bit vaguer than what O'Reilly and Woodward are looking for, but the White House doesn't really have to say any more, considering that all the specifics are already online, available to anyone who looks for them.

The story of the 157 visits originated with the Daily Caller, based on a (sloppy) inspection of White House visitor logs. But as the Atlantic's Garance Franke-Ruta reported, parsing those very same visitor logs a bit more closely, it turns out that while Schulman -- a Bush appointee -- was cleared to visit the White House 157 times, he appears to have actually visited only 11 times.

The vast majority of the cleared visits were related to the implementation of Obamacare, in which the IRS plays a key role, and include regularly scheduled weekly meetings with administration officials on the ongoing work. Meanwhile, many people seem to be conflating the presidential mansion itself with other executive office buildings that are organizationally under the "Executive Office of the President " -- all colloquially referred to as "The White House." They're all included in the Secret Services' visitors logs, but it turns out Schulman was rarely cleared to visit the actual White House, more often having permission to go to the Executive Office Building.

Some Googling might also reveal a Politico story, which also cast doubt on the Daily Caller's scoop, or plenty of others.

You can see where Schulman went, whom he met with and when -- all of these mysterious questions the White House refuses to answer -- here.

We expect it from O'Reilly, but it's a bit disappointing from Woodward, who should know better. Still, he's seemingly been making a subtle drift from impartial reporter to conservative pundit in recent years.