Hope remains for dads once in bands 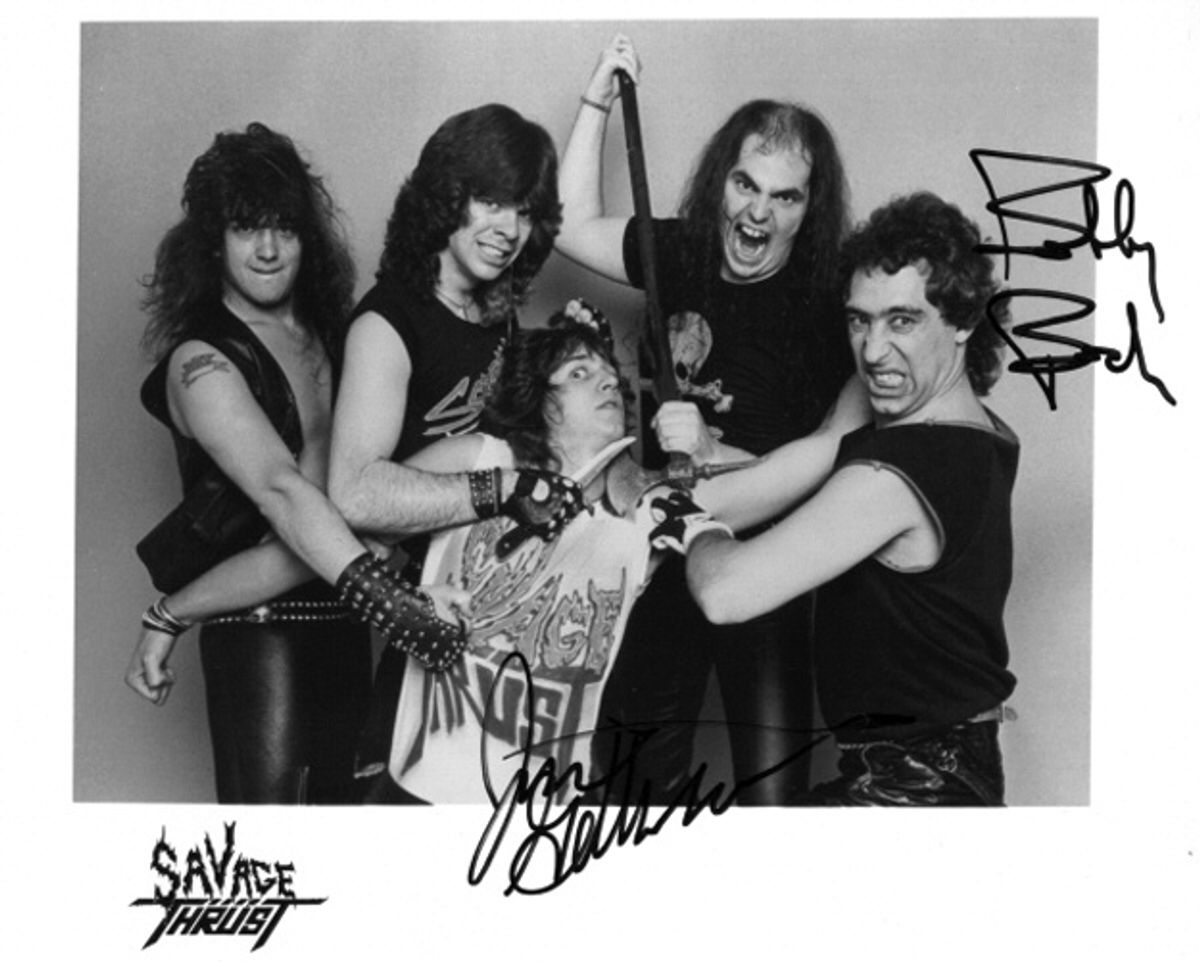 Just in time for Father's Day, Drafthouse Films and Dangerous Minds have launched a hilarious, new site, My Dad Was in a Band. The project is an homage to dads and the bands they used to play in before having children cramped their style and was inspired by "A Band Called Death," a documentary about a punk band from the early '70s that found an audience thirty years later.

Cool dads featured on the site include Brian Chatton, father of Charlotte Chatton and Emily Chatton, who was in a band called The Flaming Youth, pictured below: My dad wore a leather catsuit with domino buttons when he married my mum and his platform shoes were taller than his brides. His first band of many was called Flaming Youth, he was the lead singer and Phil Collins [third from the left in the photo above, that’s her father squatting second from left] was the drummer. Together they released a concept album called Arc 2 that told a futuristic tale about how man uses up all the resources on Earth. Even when singing about such things as civilization needing to find another planet to live on I’ve noticed that my dad has a hard time keeping a straight face on camera, he’s tickled from the inside out

Here's a song by them:

Other awesome bands include the late '80s Staten Island-based thrash metal band The Savage Thrust (pictured above), and '70s prog rock band Hot Ice. Check them out or submit your dad's band here.