Sarah Palin is the morning-news equivalent of a sitcom baby 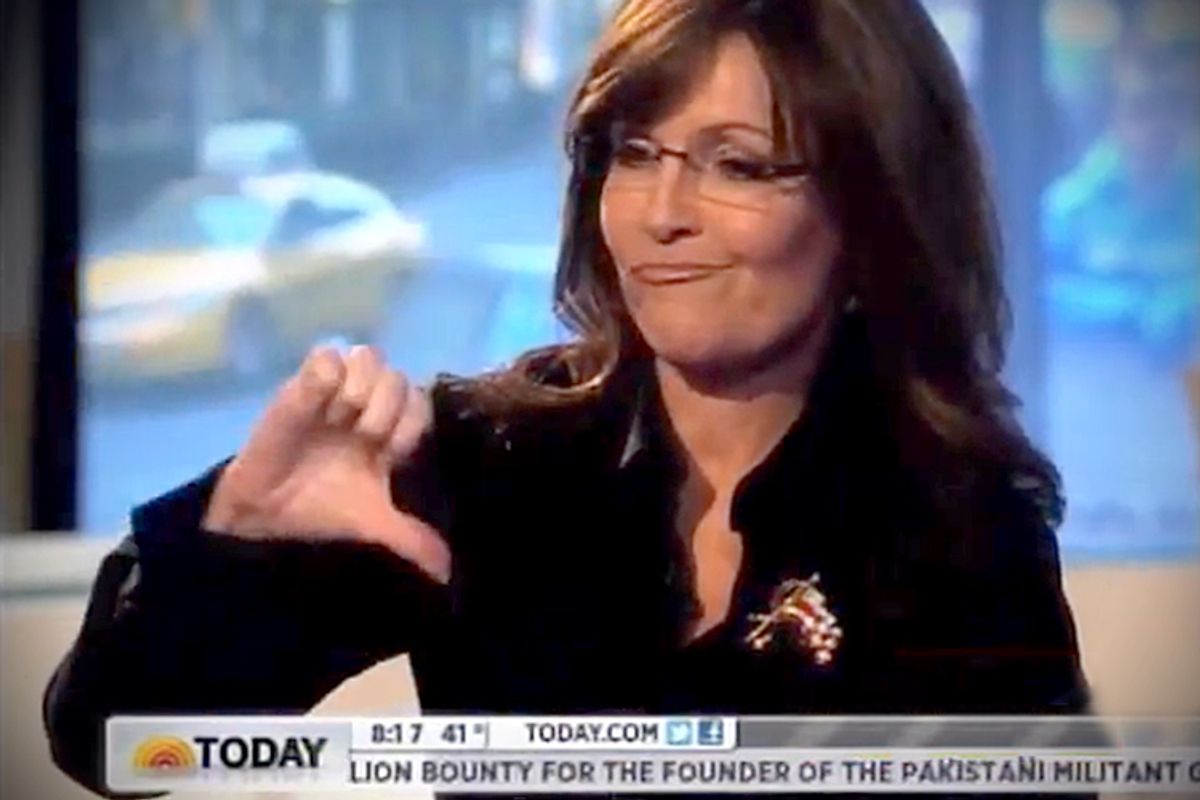 There's one arena in American life, it seems, where Sarah Palin still has power: the morning-show booking wars.

The former Alaska governor and perennial-might-be-candidate (recently the object of speculation as a potential Senate candidate) showed up on "Fox and Friends" this morning in her renewed role as Fox News contributor.

But today wasn't like any other Monday -- it was the launch of CNN's much-touted "New Day" morning show with Chris Cuomo and Kate Bolduan. Fox News clearly had stacked their program in order to blunt the impact of a new franchise on a competing network; Palin appeared alongside guest host Megyn Kelly, one of Fox's most popular anchors.

This isn't the first time Palin has been deployed to shore up morning-show ratings: she memorably appeared on "Today" as a guest host in April 2012. Her appearance had been designed as a way to divert attention away from Katie Couric's return to morning TV on "Good Morning America," and didn't go over well. In his book "Top of the Morning," TV reporter Brian Stelter described the incident: "[Couric had] forced 'Today' into a defensive position, as demonstrated by the desperate booking of Sarah Palin as counterprogramming."

Palin beat Couric in the ratings then. Fox News is surely hoping for a similar result. But a woman who helped elect governors and senators in the 2010 midterms now seems most potent as a morning-show doyenne, the daytime equivalent of the late arrival of baby Emma Geller Green on "Friends," or all the guest stars on "Will & Grace." She's a device to goose ratings in the short term that has little impact on the long-term forecast -- one, indeed, that shows producers are getting nervous. "Today" ended up losing its years-long ratings winning streak the same month as Palin's appearance.