Novelist calls out London Review of Books for excluding women

According to an inforgraphic in the Guardian, the LRB has virtually no female contributors 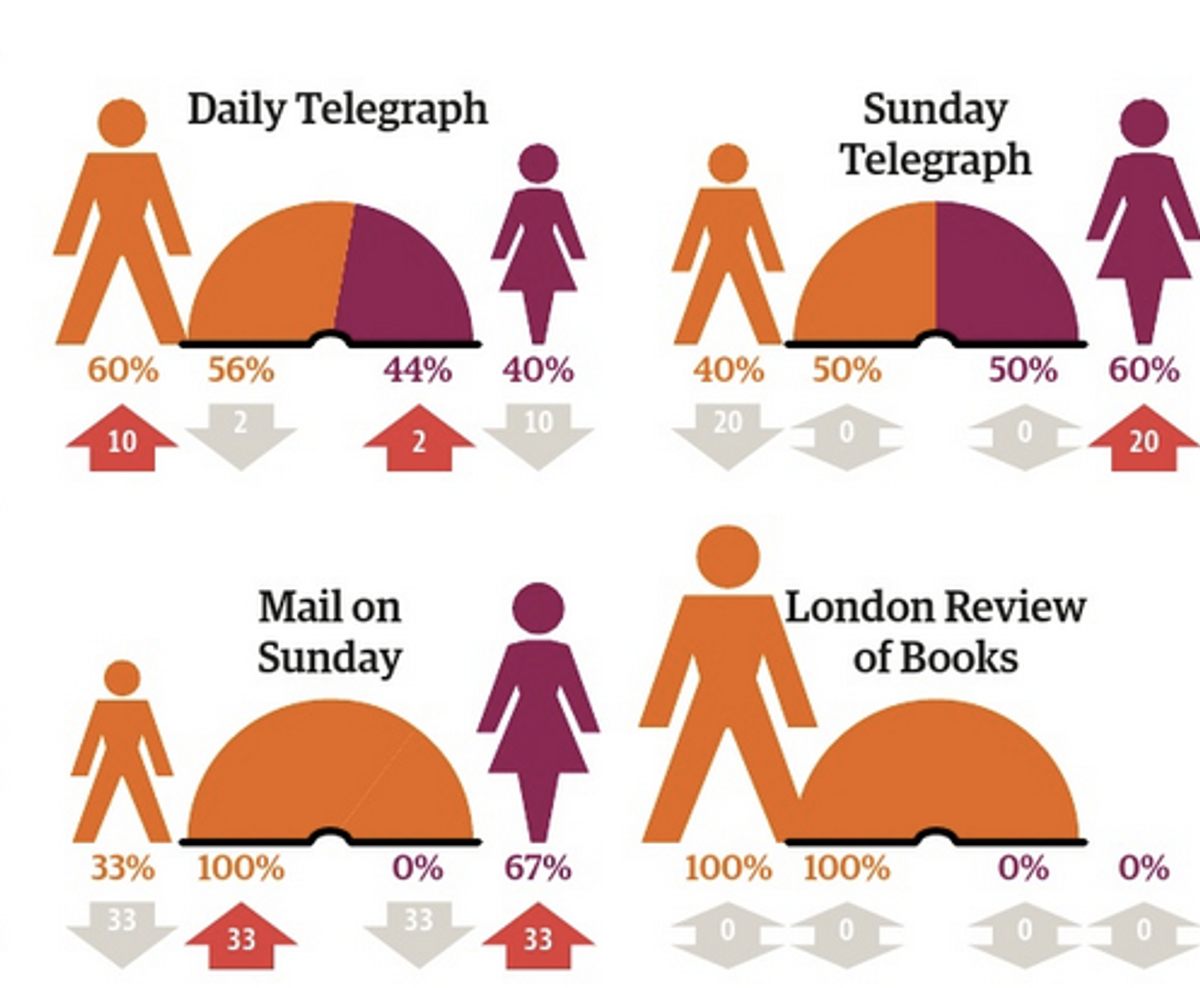 Citing the Guardian's infographic on the gender balance in the UK's literary culture, novelist Kathryn Heyman wrote to the London Review of Books to explain that she has opted not to renew her subscription because of the stunning lack of female representation in its publication.

Of the 15 UK-based publications considered by the Guardian, the LRB had the lowest percentage of female authors and reviewers. In the realm of fiction, the LBR had no female reviewers or authors in its publication.

Heyman, whose first novel "The Breaking" was long-listed for the prestigious Orange Prize, wrote a scathing and humorous letter to the LRB noting that given the publication's apparent bias against women, "I have to assume that my lady-money is quite simply not welcome in the man-cave of LRB." She wrote:

With each issue my husband and I play the hilarious poker game “Guess the Ladies”, whereby contestants must take a punt on the number of female contributors to the LRB, or reviews of books written by women. The percentages are fascinating. It’s not hard, just open any issue and count the names – 16 men, 4 women, that sort of thing – give it a try, it’s a great game once you get the hang of it. "

The LRB responded to Heyman with a vague and meek defense:

Many thanks for taking the time to let us know why you’ve decided to give up on the LRB. We’re very sorry to see you go, but respect your reasons. If you were interested, I’d be glad to discuss with you, perhaps in an email exchange, why it may be that women are underrepresented in the paper. I think they’re complicated; actually, as complicated as it gets. However, there’s no question that despite the distress it causes us that the proportion of women in the paper remains so stubbornly low, the efforts we’ve made to change the situation have been hopelessly unsuccessful. We’ll continue to try – the issue is on our minds constantly – in the hope that eventually you’ll feel ready to consider subscribing again.

Heyman didn't buy it. "If this really causes you and your colleagues actual distress, change it," she wrote:

I’m sorry, but I just can’t see what on earth you mean: efforts to change the situation? Really, Paul, with respect, it isn’t that hard. I could give you a list – off the top of my head - of scores of eminent established female novelists and non-fiction writers who are not being reviewed. I could give you a similar list of emerging female writers. So, what’s the problem? Are your reviewers allergic to lady-words? Or is your problem finding female reviewers (because only women will review women?)I’m sure you are aware of the facts in the publishing industry: more women write books, more women read books. Your pages are a shocking inverse to the reality.

I’m sorry, but as someone with (I assume) a nodding acquaintance with Aristotle, you know that we only know someone’s intentions through their actions. If this really causes you and your colleagues actual distress, change it. If you are genuine about not knowing how to do this, I am happy to call you and explain how

Ladies and gentleman, sexism is alive and well in the literary world.