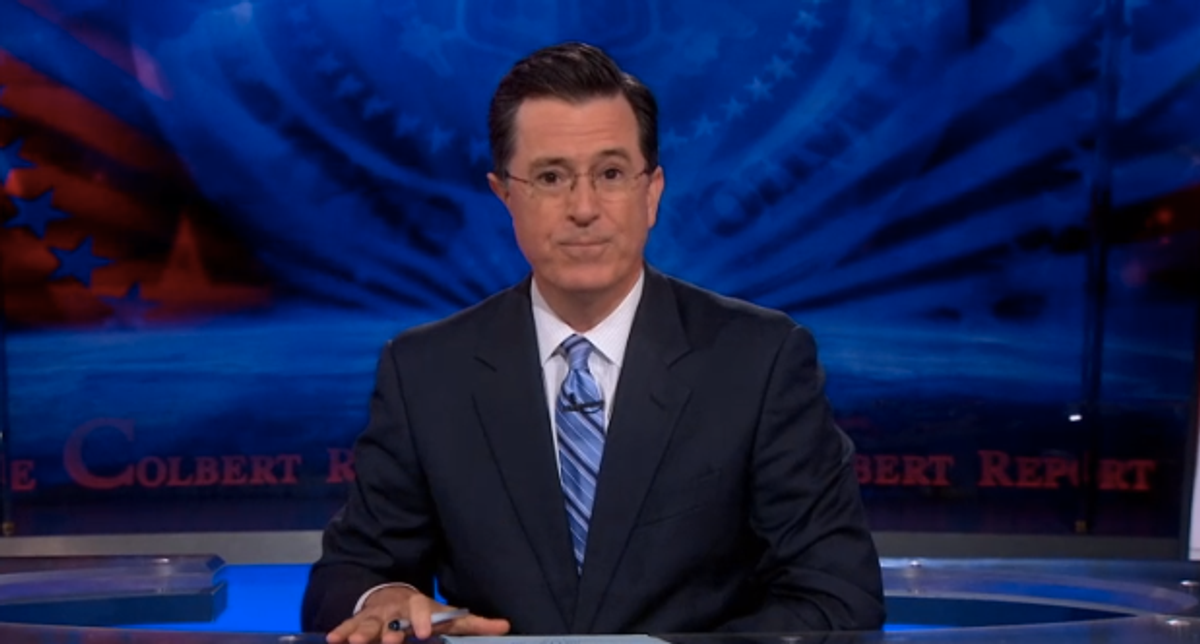 Stephen Colbert returned to host "The Colbert Report" last night after taking a week-long hiatus to mourn the death of his mother, Lorna Tuck Colbert. He broke character for a moment to offer a touching tribute to his mother, who died at age 92. "If you like the show, that's because of everybody who works here, and I'm lucky to be one of them. But when you watch the show, if you also like me," said Colbert, "that's because of my mom."

Teary-eyed, the comedian then shared details about his mother's life and the positive impact she had on her 11 children.

“I know that it may sound greedy to want more days with a person who lived so long, but the fact that my mother was 92 does not diminish, it only magnifies the enormity of the room whose door has now quietly shut.”

“We were the light of her life, and she let us know it until the end. And that's it. Thank you for listening.”