The fundraising platform plans to donate $25,000 to an anti-sexual violence group as part of its apology 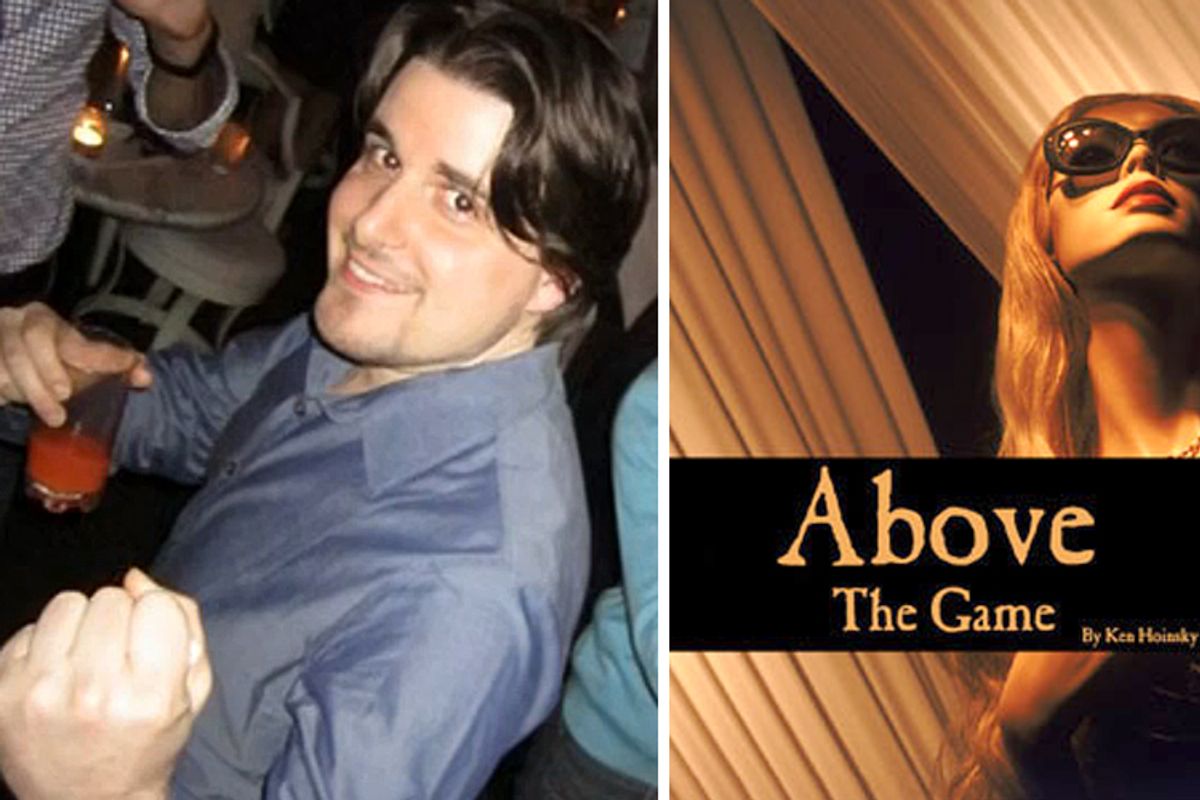 Ken Hoinsky, AKA "TofuTofu," alongside a mockup of the cover of his proposed book "Above the Game." (Kickstarter)
--

Kickstarter has issued an apology for allowing creepy pickup artist Ken Hoinsky to fund a book of dubious advice on how to meet (and have sex with) women through its website.

After excerpts of Reddit threads in which Hoinsky instructs men to forcefully touch and otherwise pressure women into having sex began circulating on the Internet, people outraged by the book's premise began to call on Kickstarter to cancel the project.

But Kickstarter allowed it to proceed, calling the guide "abhorrent" but not in violation of "our current guidelines." The campaign exceeded its fundraising goal by 800 percent.

While Kickstarter admits it "missed the window" to cancel the project, it apologized for allowing a book that promotes sexual assault to be funded on its website and vowed to change policies to ensure it doesn't happen again:

Let us be 100% clear: Content promoting or glorifying violence against women or anyone else has always been prohibited from Kickstarter. If a project page contains hateful or abusive material we don’t approve it in the first place. If we had seen this material when the project was submitted to Kickstarter (we didn’t), it never would have been approved. Kickstarter is committed to a culture of respect.

Where does this leave us?

First, there is no taking back money from the project or canceling funding after the fact. When the project was funded the backers’ money went directly from them to the creator. We missed the window.

Second, the project page has been removed from Kickstarter. The project has no place on our site. For transparency’s sake, a record of the page is cached here.

Third, we are prohibiting “seduction guides,” or anything similar, effective immediately. This material encourages misogynistic behavior and is inconsistent with our mission of funding creative works. These things do not belong on Kickstarter.

Fourth, today Kickstarter will donate $25,000 to an anti-sexual violence organization called RAINN. It’s an excellent organization that combats exactly the sort of problems our inaction may have encouraged.