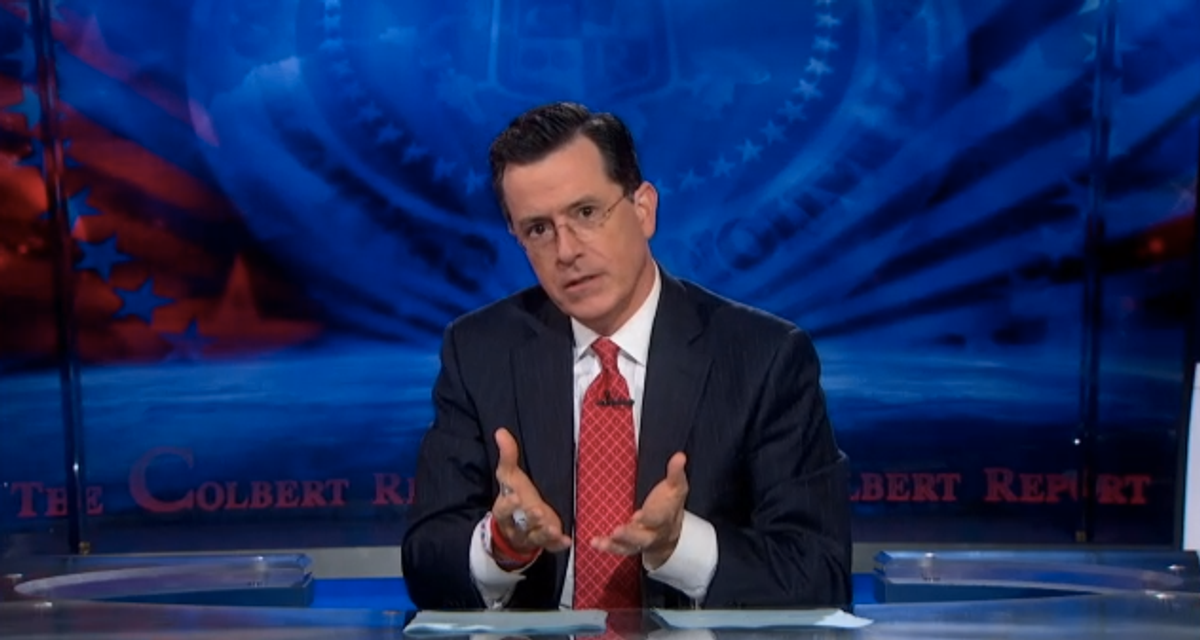 Stephen Colbert feigned outrage over the Supreme Court's ruling that the Defense of Marriage Act is unconstitutional on "The Colbert Report" last night. "It was passed in 1996 to guarantee that traditional marriage was between one man and one woman for the sacred purpose of getting Bill Clinton reelected," he said.

Colbert's advice for those who feel that the institution of marriage is now threatened: "Traditional marriage is as defenseless as a freshman frat pledge about to go through the spanking machine. So straight people listen up: If a gay charges your marriage, you're gonna want to puff yourself up -- make yourself seem bigger -- try to frighten 'it' off by talking in a firm loud voice about pleated denim or Jimmy Buffett."