Milla Perry Jones, the governor's sister, is an executive at a company that operates ambulatory surgical centers 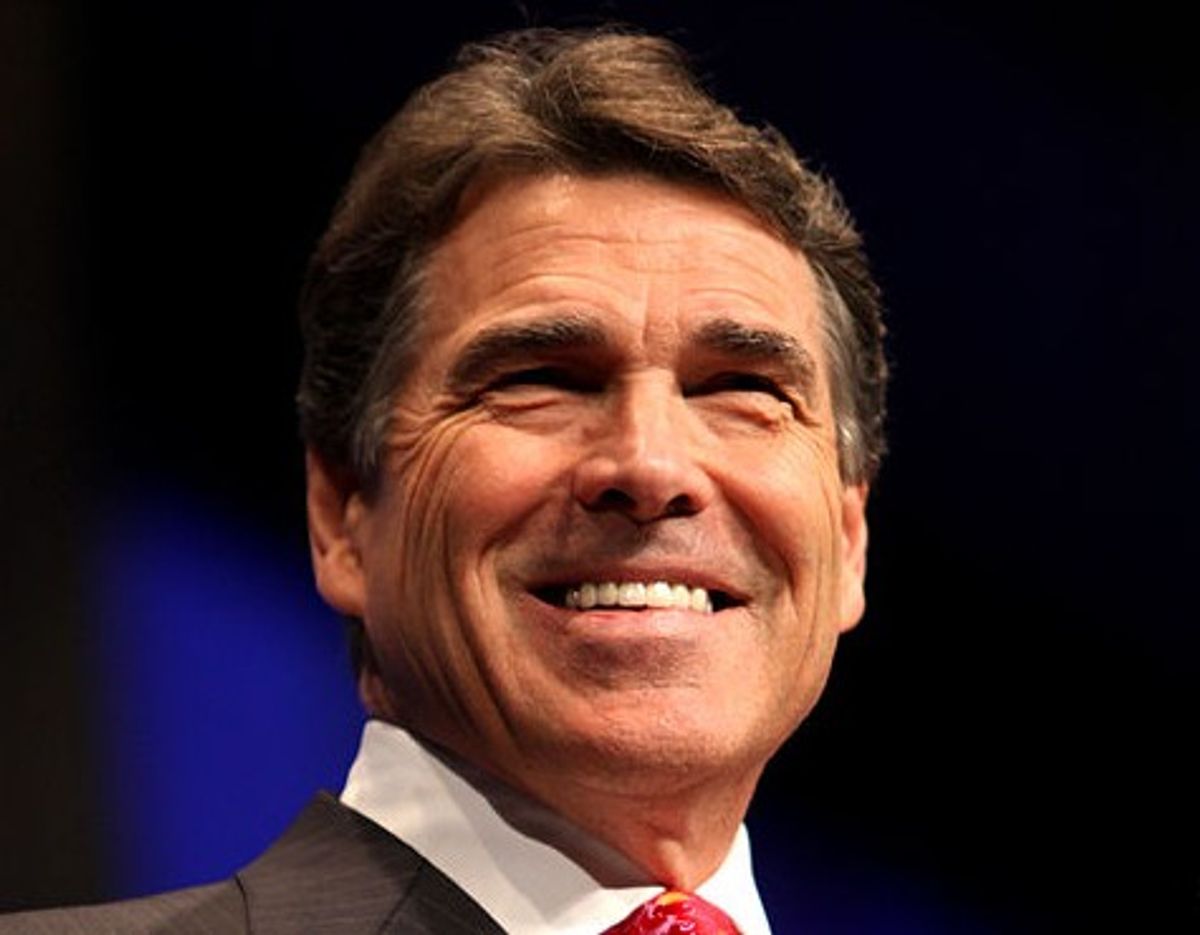 An interesting twist in the story of the draconian abortion restrictions currently being debated in the Texas Legislature: SB 1 could be a major financial boon for Gov. Rick Perry's sister, an executive at a company that operates ambulatory surgical centers in the state.

Here's the Houston Chronicle on why:

If the bill passes, only five Texas abortion clinics would remain open -- those that are already equipped as ambulatory surgical centers, advocates say. But a question remains: would the 420 other ambulatory surgical centers that exist in Texas begin performing the operation? Abortion rights advocates predict that the demand for the procedure won’t disappear with passage of the law.

One company that will be faced with that decision is United Surgical Partners International, based in Addison, TX. Their vice-president of government affairs is Milla Perry Jones, Gov. Rick Perry’s sister. She is also on the board of the Texas Ambulatory Surgical Center Society.

The Texas legislation is a carbon copy of several antiabortion measures adopted in other states; and so, as the Chronicle notes, the surgical center restriction did not originate in the governor's office. But the link is still significant, as the proposed restrictions could prove lucrative for Perry Jones if traditional reproductive health providers are shuttered by the new law, leaving Texans in certain parts of the state with no choice but to seek care at the (often costlier) ambulatory surgical centers.

This extends beyond access to abortion (as United Surgical Partners International may not elect to begin performing the procedure) to other health services provided by these clinics.

Perry declined to discuss the family connection when asked about it, telling the Chronicle through a spokesperson only that he "strongly supports protecting women’s health by raising the standard of care they receive at abortion clinics.”