UPDATE: The National Transportation Safety Board blames a summer intern for confirming the racist names, apologizes 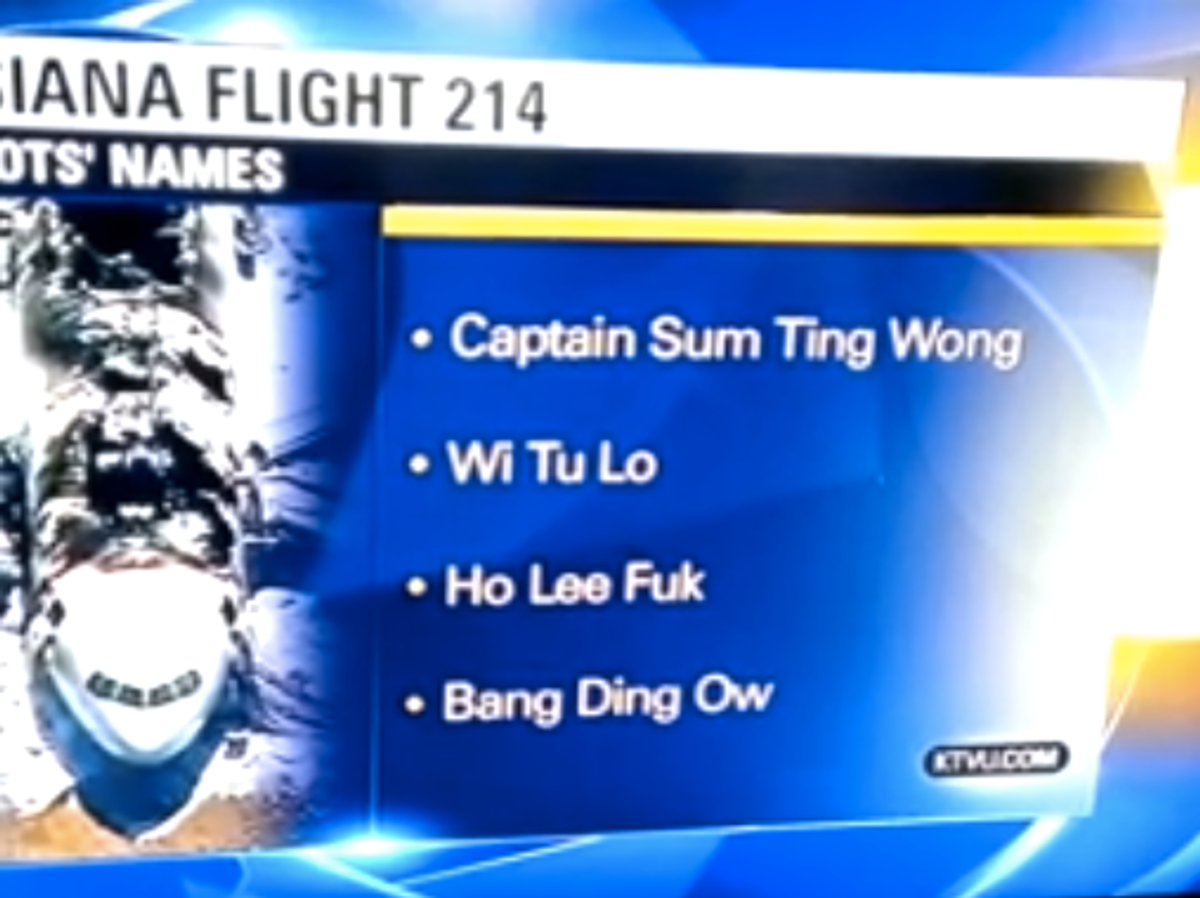 Update: The National Transportation Safety Board says a summer intern confirmed the names to the TV station.

The intern "acted outside the scope of his authority when he erroneously confirmed the names of the flight crew on the aircraft," the NTSB said in a statement. "The National Transportation Safety Board apologizes for inaccurate and offensive names that were mistakenly confirmed as those of the pilots of Asiana flight 214."

The NTSB did not specify whether the intern was fired but said "appropriate actions will be taken to ensure that such a serious error is not repeated."

What we still don't know: Where the list of racist names originated before the call for confirmation.

KTVU in Oakland Calif. fell for a Bart Simpson-esque racist joke when they reported four "confirmed" pilot names of Asiana Flight 214, which crash-landed at San Francisco International Airport on Saturday. The newscaster read the names aloud during a broadcast, but the station has since apologized: