Study: Strong relationships matter when it comes to parenting, sexual orientation does not 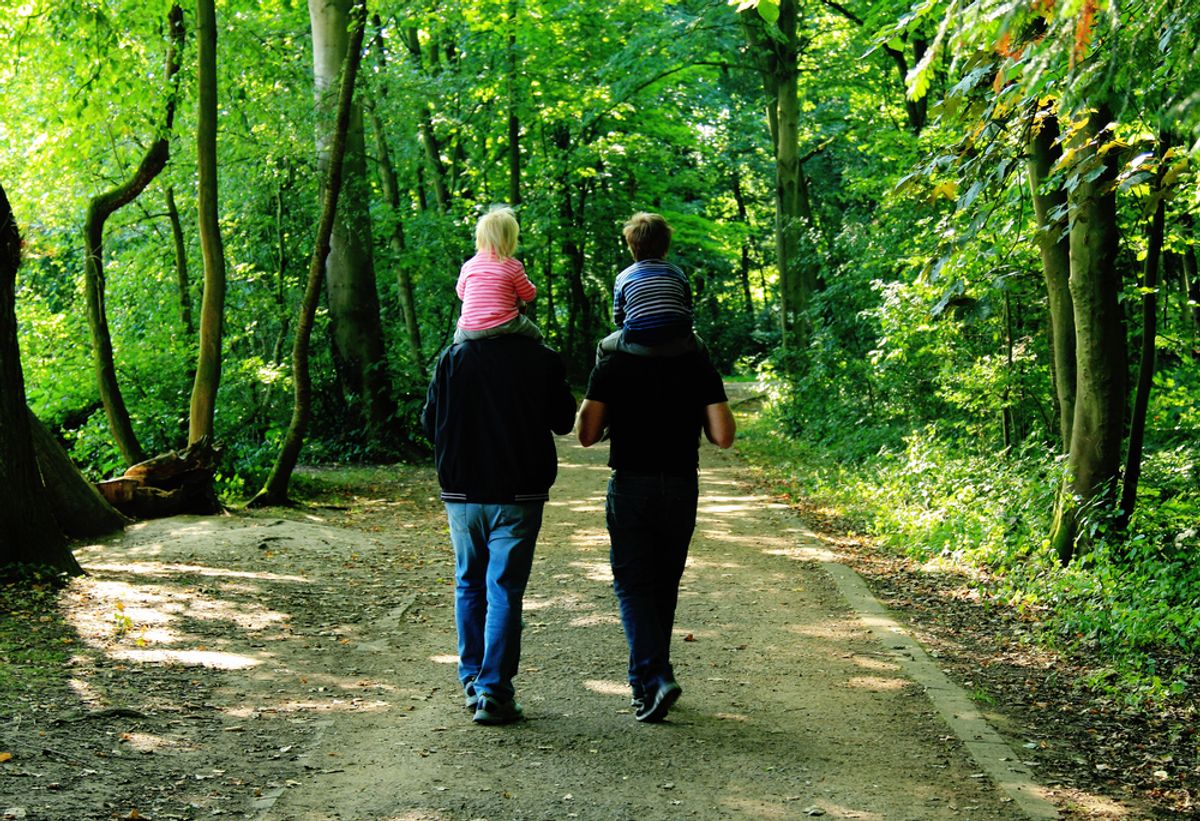 A new study out from the University of Massachusetts Amherst and the University of Virginia reveals that among couples with adopted children, a strong, supportive relationship between parents is a key factor in determining a child's wellbeing -- the couple's sexual orientation is not.

Yes, this is another in a litany of studies that restates a very basic fact: Gay parents are good parents, too.

And yet it bears repeating, as some in the United States (and elsewhere) still view the issue as up for debate.

More on the study from the release (emphasis mine):

For this study, [c0-researchers Rachel H.] Farr and [Charlotte J.] Patterson recruited families from five adoption agencies across the United States. In total, 104 families agreed to participate, 25 headed by lesbian partners, 29 by gay male partners and 50 by heterosexual couples. Their adoptive children had been placed with them at birth or within the first few weeks of life; at the time of the study the children were all around three years old.

Parents were asked to report on the division of child-related labor between them and on factors of their child’s adjustment. They were also observed by researchers who coded their co-parenting behavior during videotaped parent-child play sessions along scales rated for “supportive” and “undermining” interactions, using an established test.

The researchers discovered that lesbian and gay couples were more likely to equally share childcare tasks, while heterosexual couples were likely to specialize, with mothers doing more work than fathers in these families. In addition, Farr says, from the videotaped observations of family interactions, “it was clear that other aspects of co-parenting, such as how supportive parents were of each other, or how much they competed, were connected with children’s behavioral problems.”

Farr went on to explain that "parents who were most satisfied with their arrangements with each other" had children with "fewer behavior problems, such as acting out or showing aggressive behavior.” Adding, “It appears that while children are not affected by how parents divide childcare tasks, it definitely does matter how harmonious the parents’ relationships are with each other."