Rick Perry signed Texas' sweeping anti-abortion bill on Thursday, but the battle is far from over, advocates say 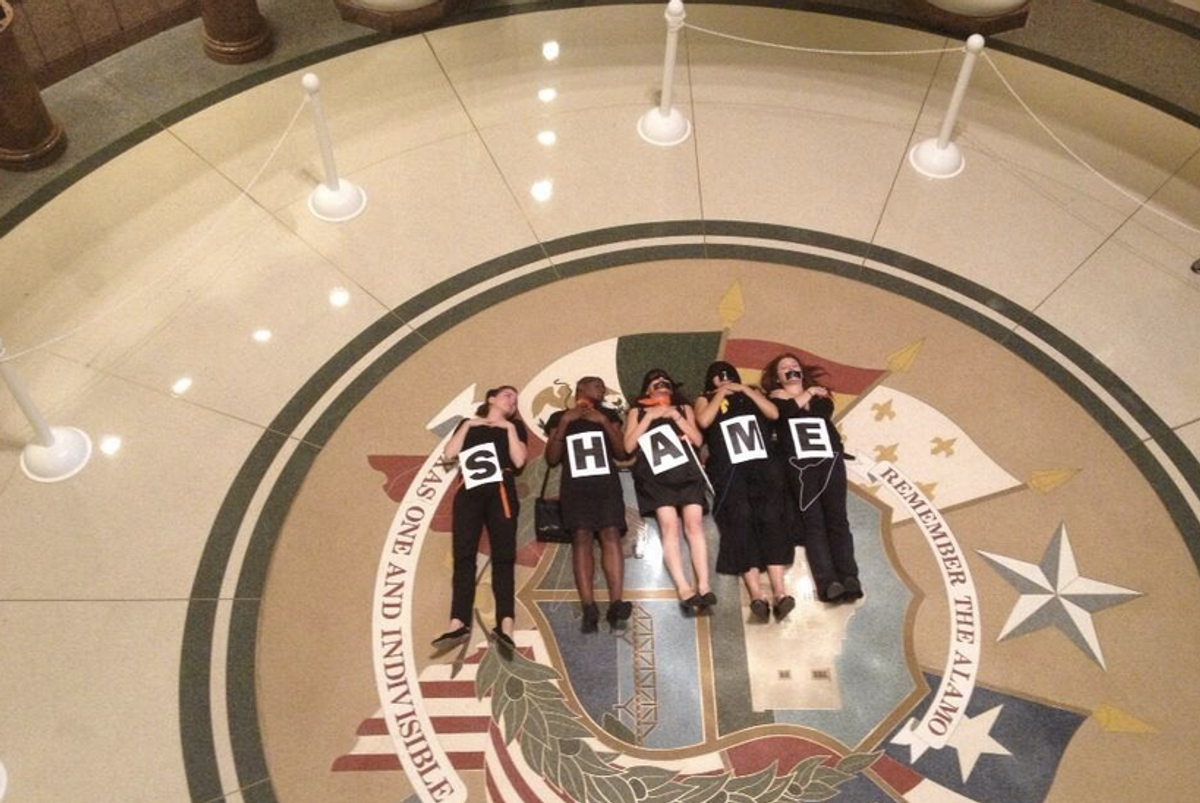 Gov. Rick Perry on Thursday signed Texas' sweeping anti-abortion bill into law, but, as thousands of Texans have made clear, the battle for reproductive rights in the state is far from over.

Dozens of demonstrators were with Perry at the Capitol during the signing ceremony, like these five women, quietly making their opposition known: