Who is that guy in a tricorn hat yelling about the birth of the royal baby? 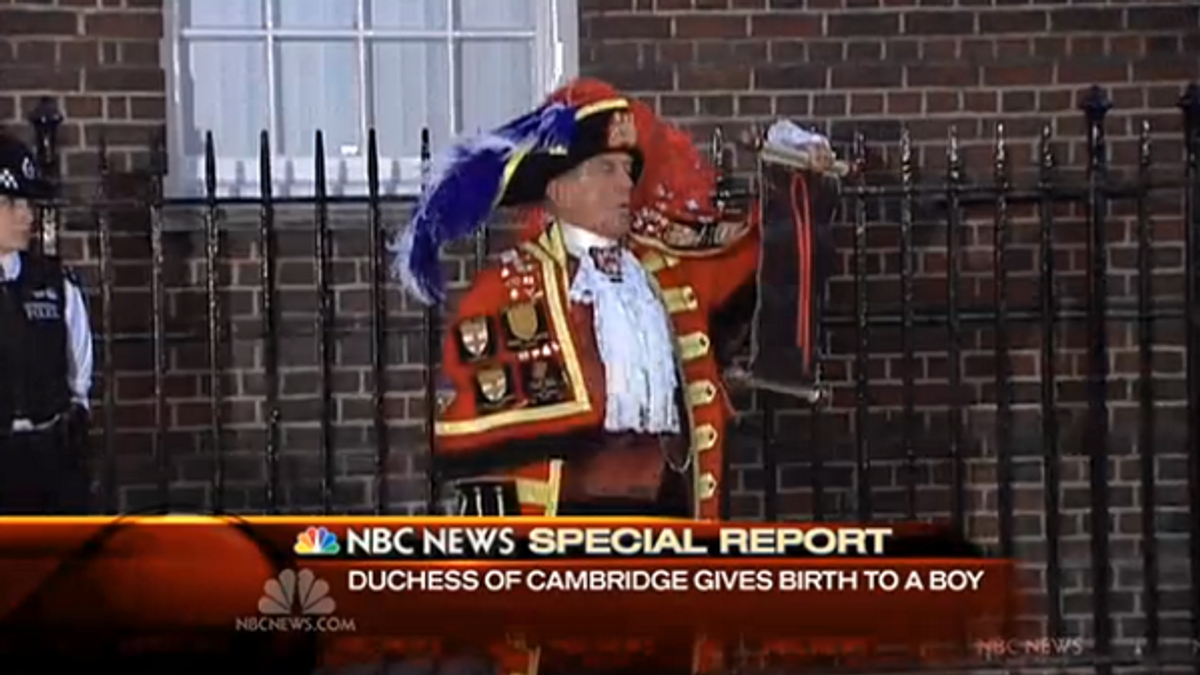 Kate Middleton and Prince William have welcomed a baby boy to their family today, but the infant has already been upstaged by some noisy, bell-toting guy on the hospital steps. That man, who is supposedly not a stripper, is professional town crier Tony Appleton:

According to his Web site, Appleton is a big deal in the town crier world: He's the Lord of the Manor of Great Baddow and has been awarded as Town Crier of the Year by the International Town Criers Authority. Appleton defends the tradition of "the original newsmen," as he puts it on his site, messengers who served as spokesmen for the King of England under the British Empire. All announcements begin with "Oyez Oyez Oyez"-- "listen" in French -- and conclude with "God save the Queen."

He been hired by Las Vegas, TGI Friday's and the Essex Police. He's tapdanced with the best:

And even announced the opening of the 2012 London Olympics:

Just look at that intensity: The town crier is great, but PR teams: Please do not attempt to make this a trend. And no, the irony of his presence on TV is not lost on us: