"At this point, continuing to show the video is also insensitive and offensive," said the station's vice president 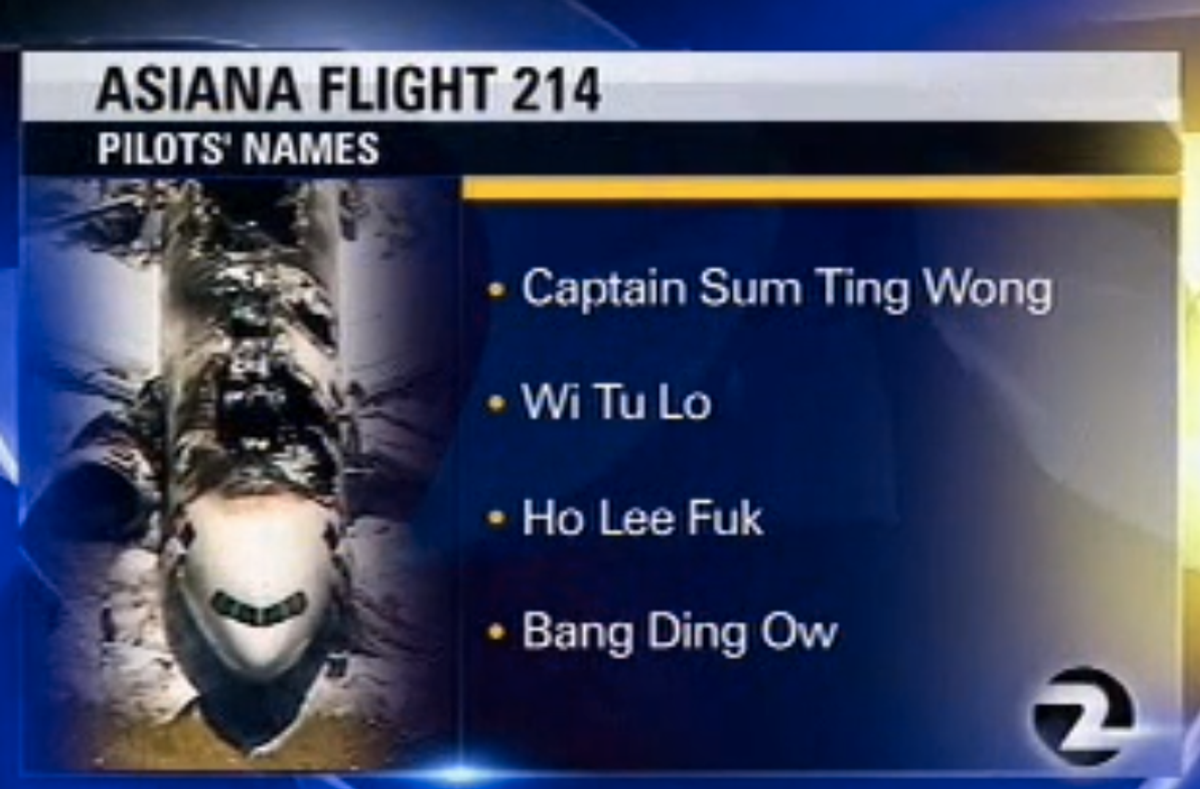 KTVU, the San Francisco area news station that erroneously reported fake, racially offensive names of the pilots who crash-landed Asiana flight 214 two weeks ago, is now attempting to remove the embarrassing footage from the Internet.

Of the quiet effort, Tom Raponi, the station’s general manager and vice president, told Mediabistro: “The accidental mistake we made was insensitive and offensive. By now, most people have seen it. At this point, continuing to show the video is also insensitive and offensive, especially to the many in our Asian community who were offended. Consistent with our apology, we are carrying through on our responsibility to minimize the thoughtless repetition of the video by others."

Asiana airlines has opted not to sue the network over the snafu. Meanwhile, NTSB has blamed a summer intern for providing the false names to the station, who has since been dismissed.