A new story touts their arrival as players in the art world. The only problem is that none of this is news 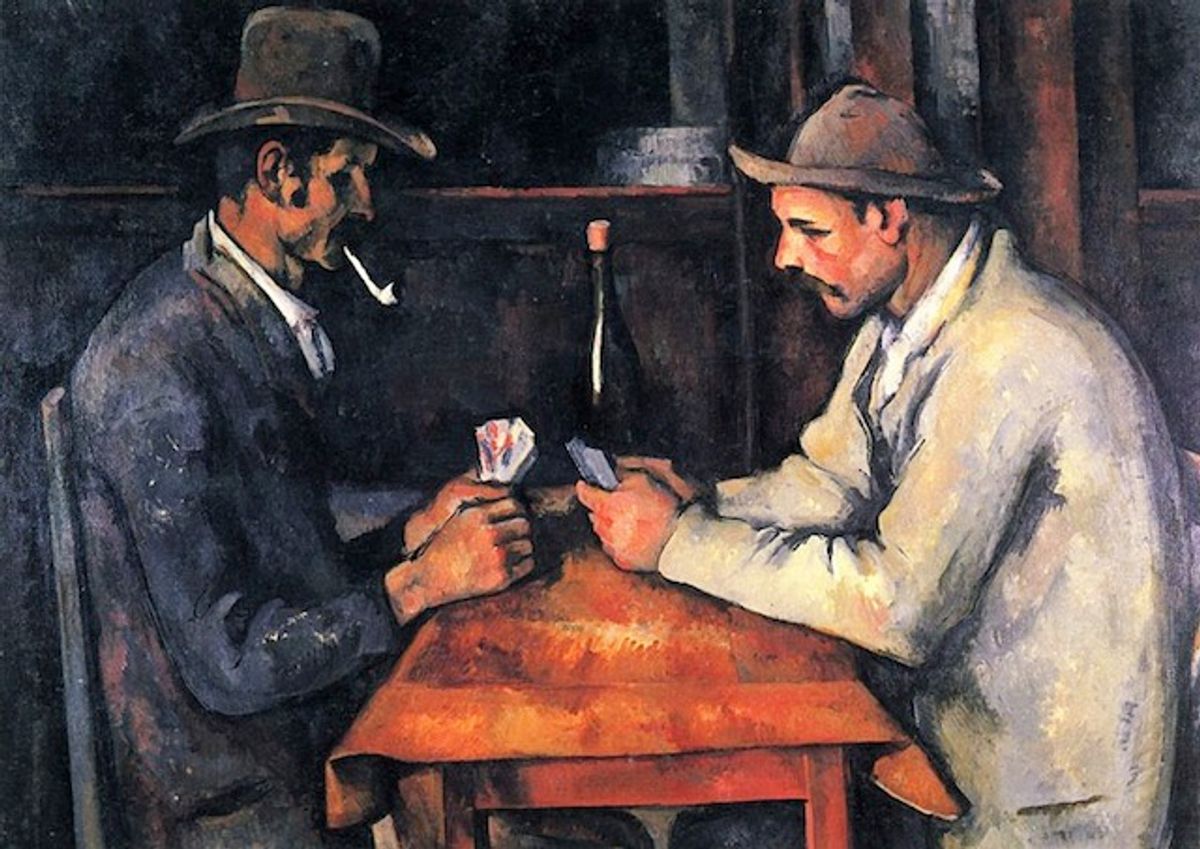 In a sensational front page story, yesterday’s New York Times announces what the art world has long known: “Qatari Riches Are Buying Art World Influence.” Yes, the Qataris — and other Gulf monarchs — are rapidly amassing a motherlode of art, and in the process likely driving up art prices worldwide. Qatar’s profligate spending, which is estimated at over $1 billion per annum, has recently included several high-profile acquisitions, which the article is sure to list right at the top: Rothko’s “White Center,” ($70 million); a Hirst pill cabinet ($20 million); Cézanne’s “Card Players” ($250 million). With jaw-dropping prices like these, it seems no surprise that the story ran above the fold — until you realize none of this is actually news. The most recent of these buys, the Cézanne, took place two years ago.

In fact, the article readily admits that comparatively few artworks have even been directly linked to Qatar’s buying spree — most of the transactions, largely made with auction houses, are executed through a complex web of intermediaries to allegedly avoid spooking the market. And before making the front page, Sheikha al Mayassa bint Hamad bin Khalifa al-Thani, the woman responsible for this gusher of acquisitive spending, was already well-known in the art world. The point, I guess, is that five years of blockbuster art buys and nine-figure total expenditures is the tipping point to get out of The Art Newspaper and onto page A1 of the New York Times.

Now that the New York Times has announced that the Qataris have arrived, art insiders are starting to get worried about the longevity of this golden goose :

“When they finish their buying program and withdraw from the market,” said David Nash, a New York dealer who spent 35 years as a top executive with Sotheby’s, “they will leave a big hole which I don’t see anyone else ready to fill at their level.”

Have we reached Peak Arab Gulf Art Overpayment? Inquisitive Christie’s employees seeking lucrative exit strategies — the article notes that the royal family has hired its advisors almost exclusively from the auction house — are surely dying to know. What about their potential boss, Her Royal Highness Ms. al Mayassa?

Sheika al Mayassa appears to combine Western and Muslim influences. Sometimes she dresses like a stylish business executive; sometimes she wears a traditional black abaya, which covers everything but her round face. She speaks French and English as well as Arabic.

The hereditary monarch of a medieval oil kingdom built on the backs of migrant laborers treated with subhuman indignity speaks French and English. She combines Western and “Muslim” influences, evincing the former by dressing like a “stylish business executive.” She has a “round face.” She’s married to her first cousin. (That last one didn’t make it into the Times, but it is true.)

As a work of journalistic skepticism and inquiry, the story falls quite short, vacuously carrying on about “Sheika”* al Mayassa while eliding the many controversies, outrages, and insanities of her acquisitive spree. Who will administer the eventual museums? Where is the art currently getting shown or stored? Is the Qatar Museum Authority a pure proxy for Ms. al Thani? Why so many advisors from Christie’s? Why don’t we hear from a single Qatari citizen — curator, artist, scholar? How about from an expert who isn’t a client or potential client of the Qatari royal family?

In all fairness, nobody likes to skewer a golden goose.

*I wonder if they’ll issue a retraction for flubbing the transliteration of “Sheikha,” or if they’ll stick by the incorrect 18th-century travelogue-style spelling they used for the story (to their credit, they have gotten it right in the past).