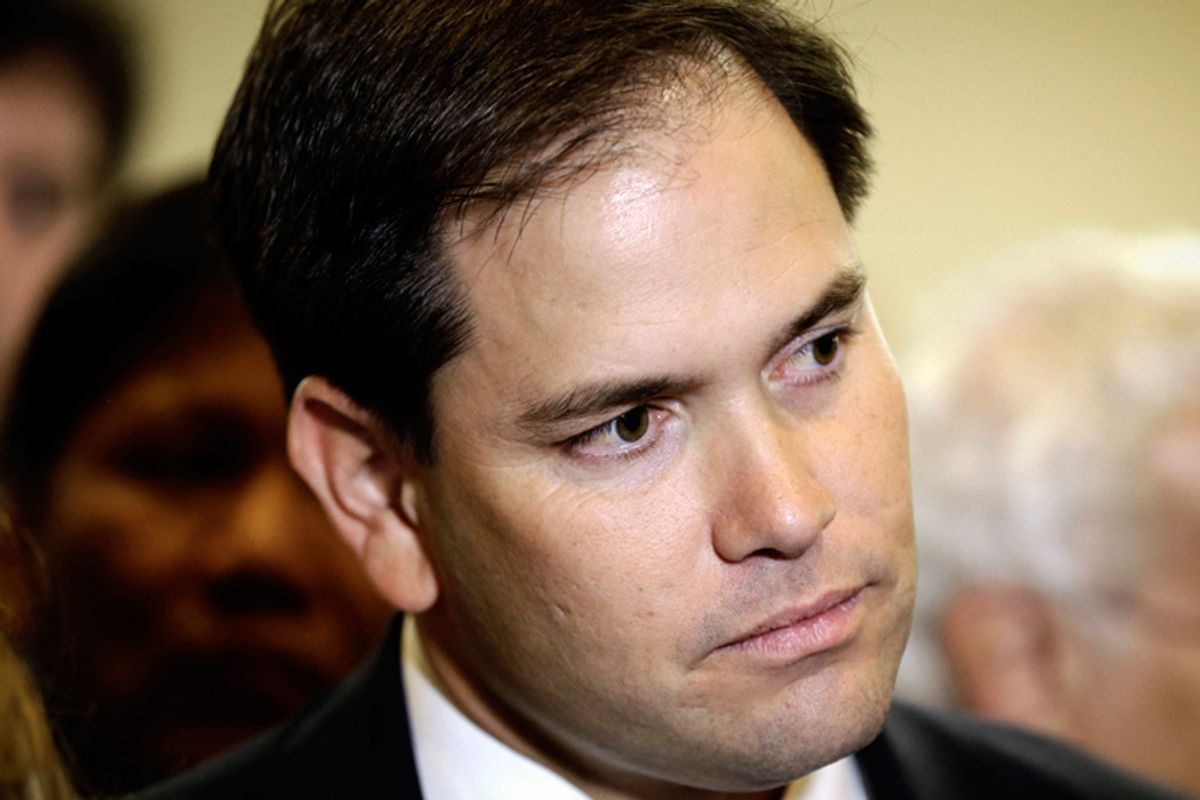 Senate Republicans Marco Rubio, Ted Cruz and Rob Portman have been meeting discreetly to help advance a measure to ban abortion at 20 weeks and leverage what anti-choice activists are calling a "moment to be very ambitious" as similar bills pass in state Legislatures across the country, the New York Times reports.

The House passed its own 20 week ban last month, but defeat of the measure is almost guaranteed in the Senate.

Still, some Republicans see the issue as an opportunity:

Plans under discussion among the staff members of a handful of Republican senators and anti-abortion groups would involve bringing the measure up for a vote, probably as part of debate over a spending measure, sometime after Congress returns from its August recess...

Though the issue of reproductive rights has been problematic for Republicans — who have been embarrassed by comments like those of Todd Akin, the Missouri Senate candidate who said that women’s bodies blocked pregnancy in cases of rape — those supporting 20-week bans say the dynamics of this debate are less alienating to swing voters than fights over contraception.

And some conservatives see this as the only winning social issue they have left in their political arsenal. Unlike same-sex marriage, which has steadily gained support, recent polls have shown that the public believes that abortions later in pregnancy should be restricted. A Washington Post-ABC News poll last week found that 56 percent of Americans said they would prefer to impose limits on abortions after 20 weeks rather than the 24-week standard established by the Supreme Court in Roe v. Wade.

Beyond the looming specters of Todd Akin and Richard Mourdock that may still damage the party, the issue of a federal abortion ban may be a difficult sell for Republicans who oppose giving the government such broad regulatory powers, as Sen. John Cornyn told the Times: “I think that this can adequately be taken care of at the state level. And so there may not be a need for the federal government to get involved.”