At a Thursday sentencing hearing, Castro's "apology" to his three victims turned into a dark, delusional rant 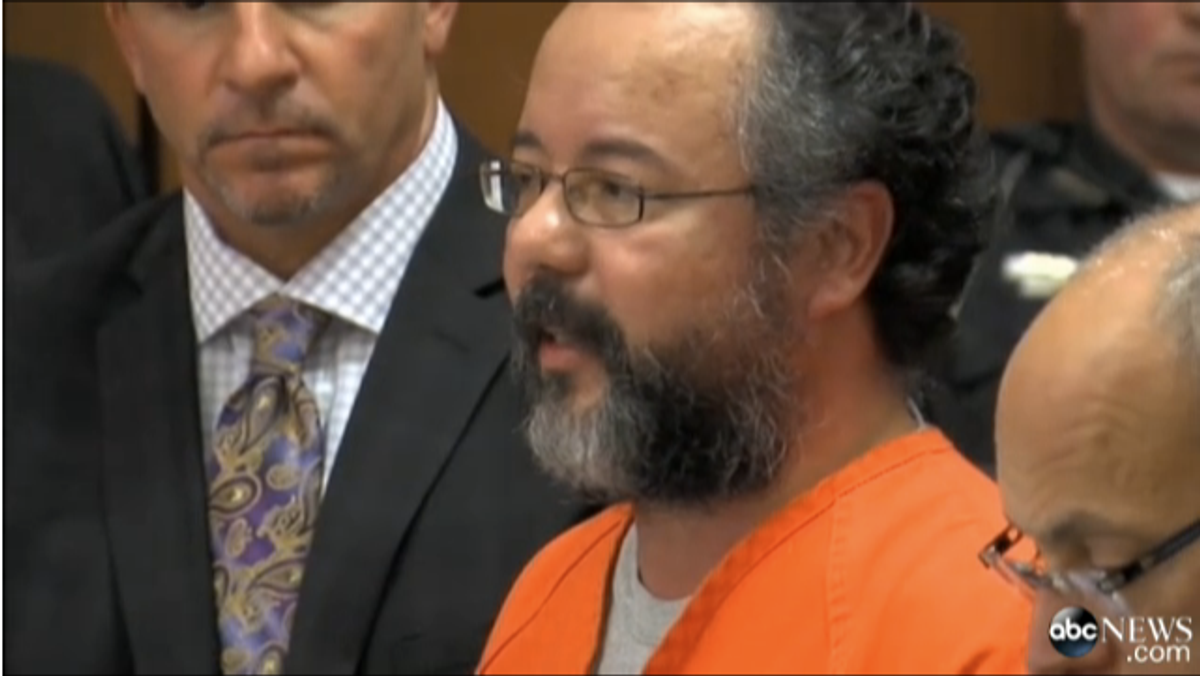 Castro also said each of the women he raped and held captive for a decade "were not virgins" when he kidnapped them, explaining that his victims "had multiple partners before me -- all three of them."

"I am not a monster," added the monster.

Castro's testimony is 16 minutes long. If you have the stomach for it, you can view it in full here: