Watch how New Yorkers commuted in 1905

A silent clip of the original (and shockingly clean!) subway, which ran from the Brooklyn Bridge to 145th Street 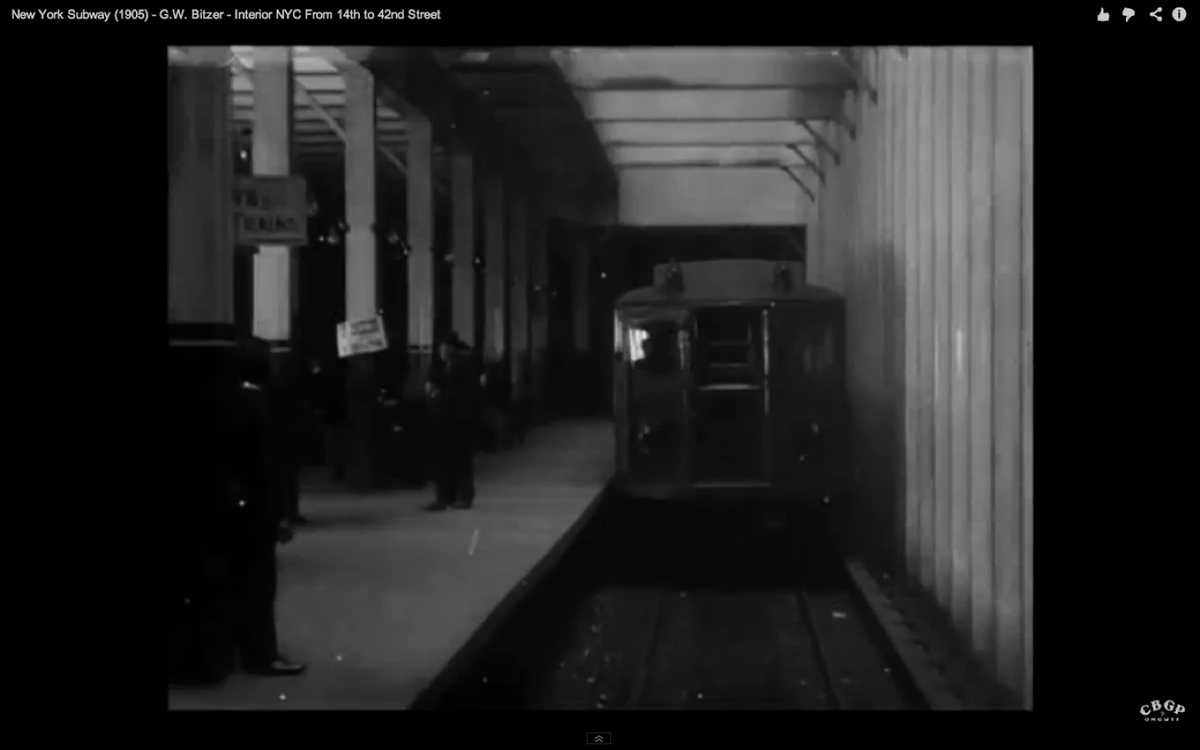 The first underground subway line in New York City opened in 1904. Constructed by the Interborough Rapid Transit company (IRT) to cover the length of Manhattan, it started at the Brooklyn Bridge on the east side, ran up to Grand Central, crossed 42nd Street, and then continued north to 145th. This silent, black-and-white video released by the Library of Congress captures a snippet of that ride in 1905, trailing a train from 14th Street to Grand Central just a year after the subway opened. The stations look wonderfully clean, the riders are impeccably dressed, and the play of light in the tunnels creates a mesmerizing, abstract effect. And yes, one thing hasn’t changed, even after 108 years: people are still running to catch the train.