Its name is "Empowerhouse," and it uses 90 percent less energy than regular houses 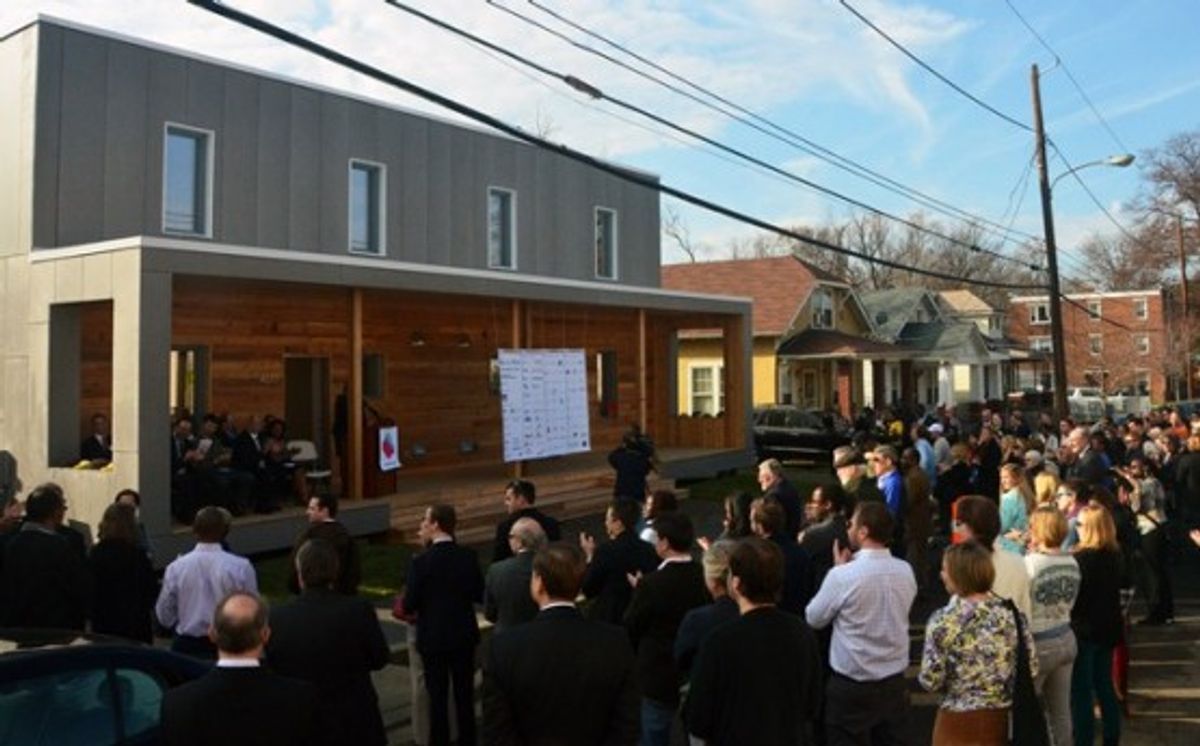 The Department of Energy's biannual "Solar Decathlon" is a bit of an exercise in fantasy: Teams of engineering and architecture compete to build state-of-the-art, energy-efficient homes that usually end up looking the part. And though they're supposedly designed with the consumer in mind, that doesn't always turn out to be the case. Two years back, the winning project was completely covered in solar panels and cost over $2 million to construct.

But another entry in that year's contest, designed by students from Stevens Institute of Technology, Parsons the New School for Design and Milano School for International Affairs, Management and Urban Policy, now has an address in Washington, D.C. It has residents, too: Lakiya Culley, an administrative aid at the Department of State, and her three young sons. It was built in partnership with Habitat for Humanity; Think Progress explains that the organization will be able to use it as a prototype for future projects. It will certainly benefit its new tenant more than a typical house would:

Lakiya’s house was built based on passive house design principles. The basic concept of passive house is to lower energy consumption by being super-insulated and practically airtight. Empowerhouse has 12-inch thick walls and triple-glazed windows and, as a result, uses up to 90 percent less energy for heating and cooling than an ordinary house. Such low energy consumption enabled Empowerhouse to have one of the smallest solar panel arrays in the competition, which helps keep construction and maintenance costs down.

Needless to say, Lakiya’s house wasn’t two million dollars. After Habitat built a second story on the 1,000 square foot competition house, the final price tag for Lakiya’s half of the duplex was just over $200,000, on par with the typical price of Habitat construction in the area. Although passive houses are often about 15 percent more expensive to build because of the special doors and windows they require and all the extra insulation, Habitat’s financing programs and D.C. area grants mean Lakiya has a very manageable 133,000 dollar, thirty-year mortgage. And if the house proves itself to be net zero as advertised, she will save nearly $72,000 on energy costs over the course of that mortgage.

Because she's never owned a home before, Culley's never seen an electric bill. And though she could end up receiving one -- it's been a hot summer, and her kids aren't always attentive to leaving the doors shut -- there's a good chance it will be affordable.