Hannity dedicates a full segment to a "liberal entertainer" whom he totally doesn't even care about at all! 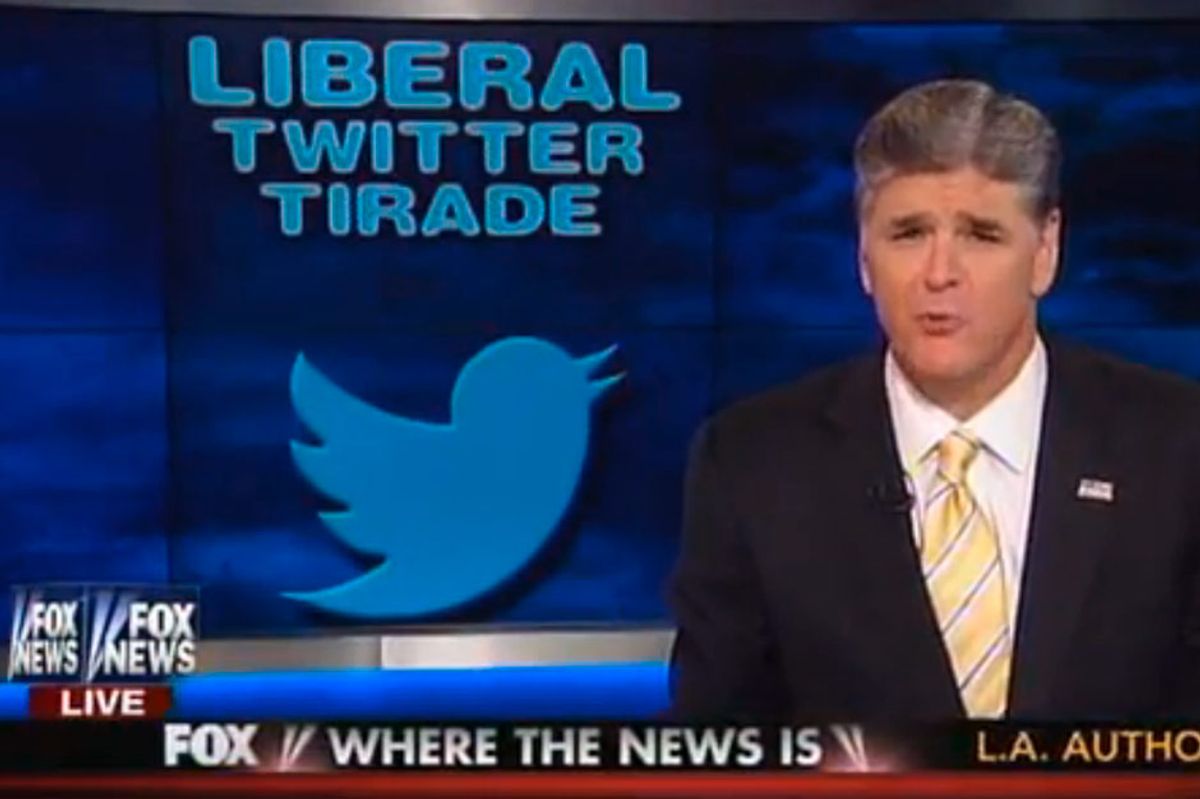 Sean Hannity couldn't care less that Ryan Adams, a "liberal entertainer" whom you "probably don't know" because his music "is not that popular," called him a "chicken man" on Twitter. He seriously does not care at all.

But if he did care (which he doesn't), he would maybe invite Adams on the show to discuss the tweet. And maybe, if Adams declined to appear, Hannity would dedicate a full segment to a panel discussion of the Internet squabble, and maybe even invite Miss Oklahoma Anna-Marie Costello to weigh in on why the singer is a "gutless little coward" with "no integrity."

Though, again, this is all entirely hypothetical, because Hannity can't even be bothered about Adams who, again, he wants you to know "is not that popular."