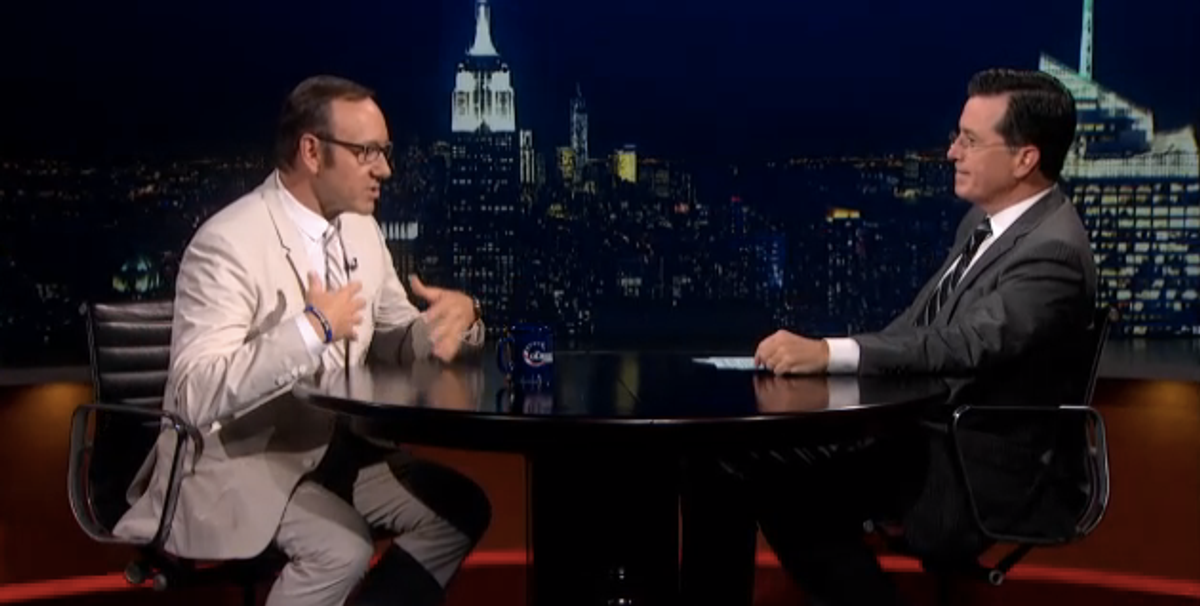 Stephen Colbert, commenting on "House of Cards'" unprecedented 9 Emmy nominations for an Internet-based show, told the show's star Kevin Spacey last night that "You are admittedly the Jackie Robinson of the Internet."

"Why should you get an award for TV when you're not on TV. What do you want next, the Heisman?" he joked.

Like an increasing number of actors and producers, Spacey argued that the Netflix model is the way of the future: "Look, it's the way things are going. If you look at the last 8 years, the way people have been watching, binging on shows--it all started with box sets," said Spacey. "What's remarkable about how the audience has responded to 'House of Cards' coming out all at once, all 13 of the first season came out, is that they are in control."