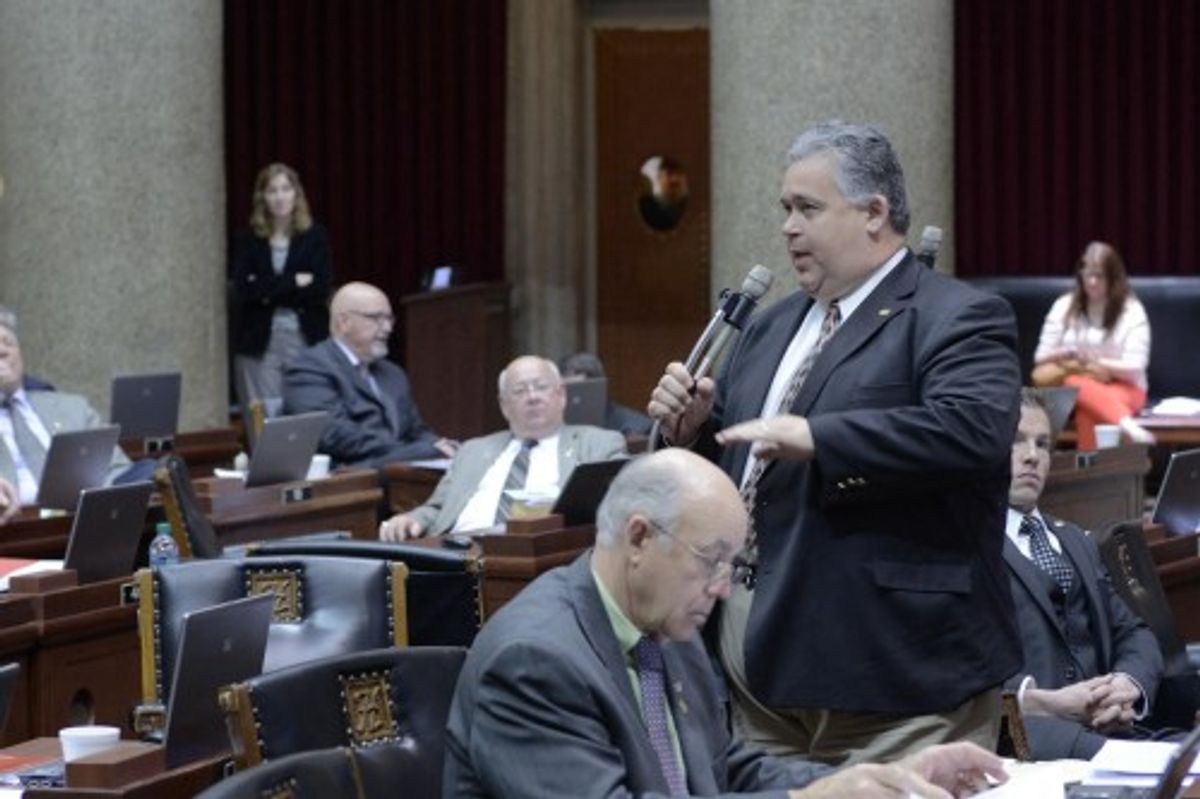 A Missouri Republican has asked a federal court to exempt his family from contraception coverage through the state insurance plan, explaining that he doesn't want his three daughters to have access to no-cost birth control because it violates his Catholic faith.

Rep. Paul Wieland, R-Imperial, jointly filed the lawsuit against the U.S. Department of Health and Human Services and two other federal agencies with his wife, Teresa. (See that? Women can hate women's rights, too. Equality!)

“I see abortion-inducing drugs as intrinsically evil, and I cannot in good conscience preach one thing to my kids and then just go with the flow on our insurance,” Wieland remarked. “This is a moral conundrum for me. Do I just cancel the coverage and put my family at risk? I don’t believe in what the government is doing.”

According to a report from the St. Louis Post-Dispatch, Wieland had been able to opt out of contraceptive coverage in previous years but was recently notified that it had become a requirement in the state plan, which he qualifies for as a member of the Legislature.

“In July I got a letter saying that opting out was no longer an option for me, and it really kind of upset me because I’m a devout Catholic,” Wieland told the Missouri Times.

While refusing to comment on the specifics of the case, Wieland's attorney Timothy Belz acknowledged that the couple may be the only plaintiffs in the country currently seeking to be exempted as individuals. Belz told the Post-Dispatch that the legal precedent in cases filed by employers is mixed, but if Wieland prevails "it will be of great value to other families."