Meet the GPS-enabled, train-integrated bikes of the future 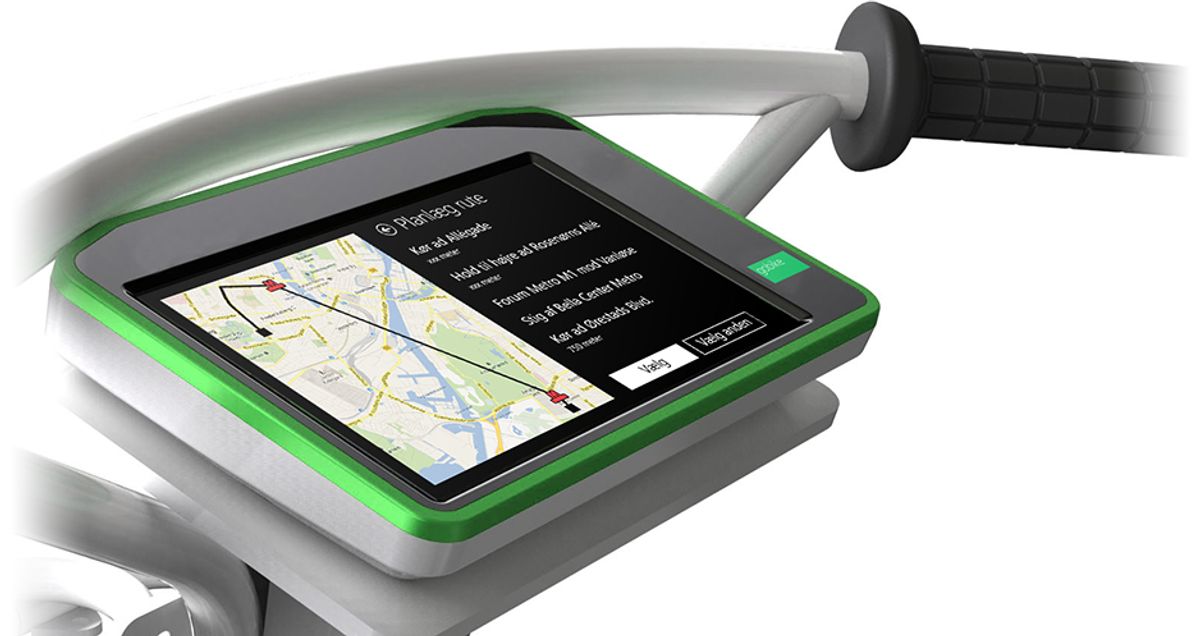 Starting at the end of October, the cities of Copenhagan and Frederiksberg are getting GoBike. It's like Citi Bikes, if Citi Bikes had Android tablets attached to them.

Why tablets? For commuters, they'll make it possible to reserve bikes and purchase train tickets, as well as see real-time train information for transfers. For visitors to the city, they'll serve as tour guides. For the non-geographically adept, they'll include GPS. For those riding in bad weather or bad neighborhoods, they're both "robust and bulletproof."

If all goes as planned, the service, which will be run both by the cities and Denmark's national railway system (like Amtrak, if Amtrak sponsored bike shares), will have solved some of the more annoying problems currently plaguing other bike share systems. Credit card information can be entered directly on the bikes' tablets, which will eliminate lines at docking stations. If no docking stations are available, you can just drop it off in any old bike rack (the lock is controlled by a pin code on the tablet). Oh, and if your legs are tired, you can press a button to activate its electric motor (coming soon).

The rollout will include 1,260 bikes at 65 stations, and will cost about $3.50 an hour or $8.85 for a monthly membership. It will be either the coolest or most dangerous thing to ever hit a city's streets.