Fox News: Abortion and Facebook to blame for murder of Australian baseball player 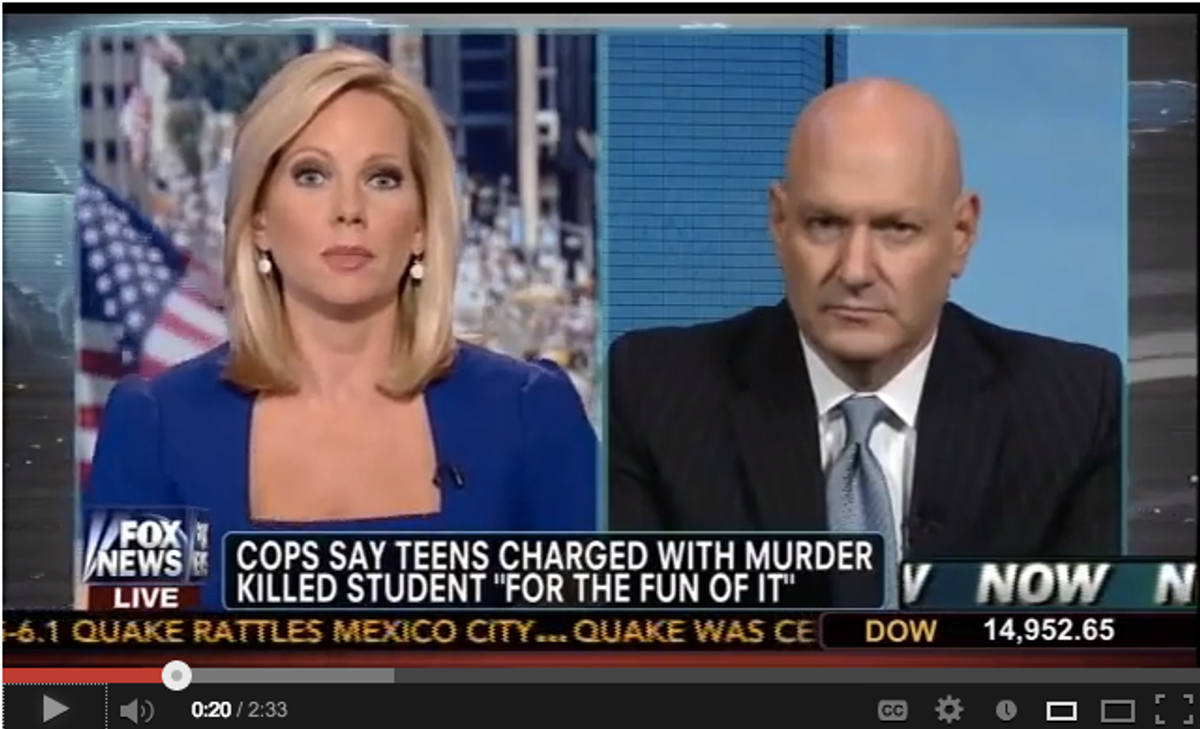 Prosecutors on Tuesday charged two Oklahoma teenagers in the murder of 22-year-old Christopher Lane, an Australian student and college athlete who was attending school in the state.

The still-emerging facts of the case are both tragic and bizarre. Police officials have said that the teens suggested in interviews with law enforcement that they shot and killed Lane to overcome a "boring end" to their summer vacation.

While the events of that evening are still being established, Fox News contributor Keith Ablow has his own theory to explain why teenagers would commit such a senseless act of violence:

[We] have a culture that is cheapening life, real life. And if in general, if you can’t outlaw third trimester abortions in every state, then you have part of the answer to why people don’t take life that seriously...

Facebook is the final common pathway for those people who are acting out in life and some of the people who are there are acting out their sexuality, other people are acting out how happy they are by posting all of these ridiculous pictures, where one is competing against the other to seem more content. But Facebook has become ground zero in the battle to either maintain our identities or to let them go into the web and these three became non people with no feelings for others and I wouldn’t be surprised if they were big users of Facebook and other things Internet-related.