Americans spending more money on houses, less money on everything else

In the wake of the recession, middle class shoppers are investing only in "big-ticket" items, like cars and houses 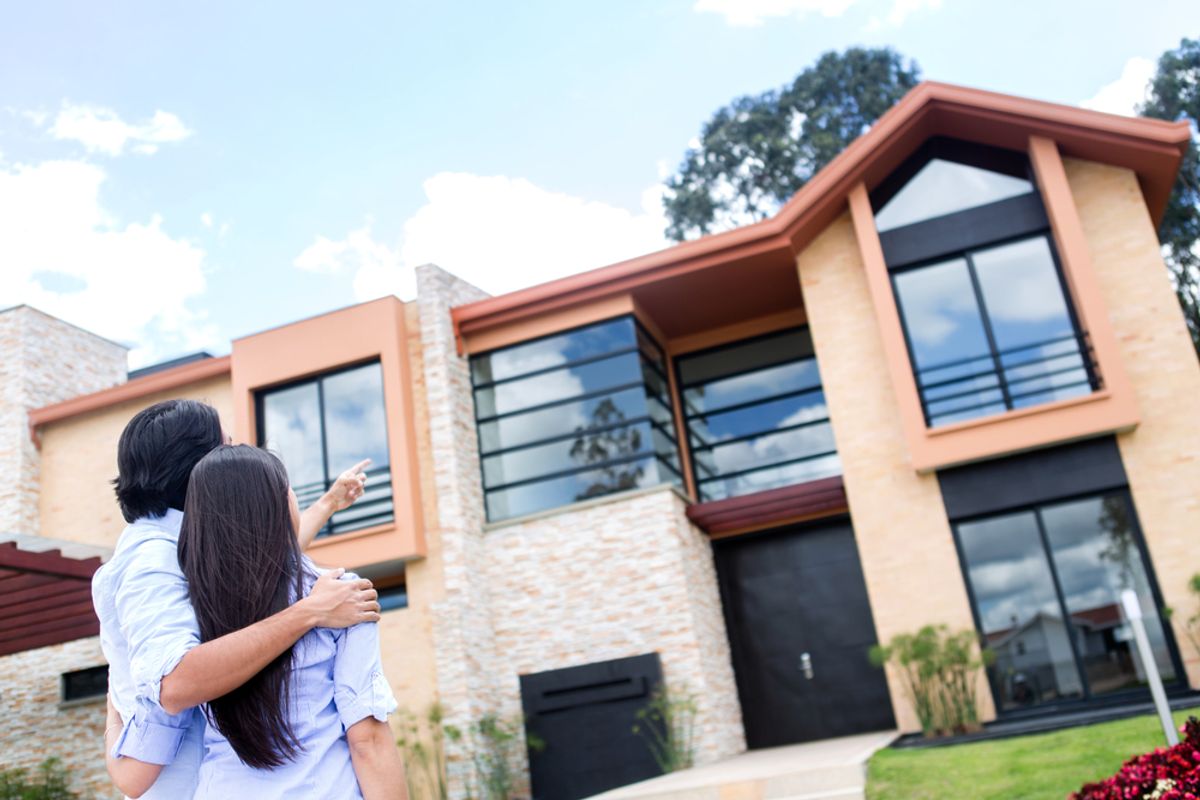 Aug. 23 (Bloomberg) -- Shannon Burke is typical of many American shoppers these days. She’s pouring money into her home and cutting back on everything else.

“If we don’t need it, we don’t buy it,” said Burke, a 33- year-old mother from Abington, Massachusetts, whose two kids are mostly making do with hand-me-downs. “The money can be spent on our home. The more valuable our home is, the better it is for us in the long run.”

That’s great news for companies such as Lowe’s Cos. and Home Depot Inc. Both reported blowout second quarters as millions of Americans, drawing confidence from a recovering housing market, loaded up on dishwashers, bathtubs and wall tile. It’s not so good for retailers selling clothes and other general merchandise. In recent weeks, chains from Wal-Mart Stores Inc. to Nordstrom Inc. to Macy’s Inc. missed sales estimates and cut forecasts.

Several blamed the results on consumers struggling with higher payroll taxes and an uncertain economy. While those headwinds are weighing on spending, especially for low-income shoppers, many consumers are simply buying elsewhere. Having already updated their wardrobes, they’re eager to replace aging appliances and cars after postponing such purchases for years. Ford Motor Co. and General Motors Co. are benefiting from the best auto sales in the U.S. since 2007.

It’s not as though Americans suddenly have more money, said Poonam Goyal, a Bloomberg Industries analyst. It’s that they’re spending on things they deem a good investment.

“They are more willing to invest in their homes,” she said. When you buy “bigger-ticket items, you have less to spend on things like apparel.”

In the aftermath of the recession, retailers catering to a more well-heeled cohort prospered because recovering stock markets made their customers feel wealthier. Since then, a broader array of retailers have benefited from an improving economy, rising employment and consumer confidence that has reached the highest level since before the downturn.

Then this past quarter, retailers posted their worst earnings performance when compared with analysts’ estimates since the end of 2008 as one-third of all chains, including Macy’s and Dick’s Sporting Goods Inc., missed projections, according to researcher Retail Metrics. Amid familiar comments about cautious consumers and payroll taxes, Macy’s and Target Corp. said spending on cars and houses had hurt sales.

“While emerging strength in the housing and automotive sectors is a long-term positive, the near-term spending on these big-ticket items is crowding out other spending,” Gregg Steinhafel, Target’s chief executive officer, said in an Aug. 21 conference call with analysts.

Existing U.S. home sales in July jumped 6.5 percent to the second-highest level in six years. Housing prices are rallying too with a 7.7 percent gain in the year through June. Buyers have been spurred by historically low borrowing costs and concern that rates, already at their highest level in two years, may go even higher.

Both Lowe’s and Home Depot have benefited as contractors and ordinary homeowners descend on their stores. Lowe’s said profit for the year ending Jan. 31 will be about $2.10 a share, up a nickel from its previous projection.

With home values rising in her town, Burke decided to stop being a stay-at-home mom and took a job in corporate security in April. That boosted her household income to about $100,000 and since then she and her husband have spent about $4,000 on renovations at a Lowe’s. Their most recent project was stripping wallpaper and painting every wall with an eye toward selling the 1953 three-bedroom house.

Even Best Buy Co., in the midst of a turnaround attempt, is riding the housing wave. In the second quarter, appliances were one of the few bright spots for the chain. In the U.S., revenue from items like air conditioners and dishwashers rose 14 percent as store-wide sales fell 0.4 percent.

Many appliances bought when the U.S. housing boom began 10 years ago are now reaching the end of their lives, says David MacGregor, an analyst for Longbow Research in Independence, Ohio. Now those are being replaced and account for more than half of sales, he said.

Meanwhile, low interest rates, competitive lease deals and a crop of new models have given Americans an incentive to replace their vehicles, now the oldest ever on U.S. roads.

With his daughter, a commuter student, returning for her sophomore year at Adelphi University, Rich Zweiback, 49, a salesman who lives in East Meadow, New York, said his family needed a third car. In August, he bought a black 2013 Hyundai Sonata, attracted to the sedan’s sporty styling, extended warranty and features, such as Bluetooth.

The family cut back on some discretionary spending, by skipping a summer vacation and eating out less.

Consumers’ shift in spending doesn’t explain all the challenges retailers are facing. Wal-Mart has struggled to keep its shelves fully stocked. Macy’s, the second-largest U.S. department-store chain, said it was too slow to discount. J.C. Penney Co., which reported a second-quarter 12 percent sales decline, is attempting a turnaround after former Chief Executive Officer Ron Johnson alienated core shoppers. Abercrombie & Fitch Co. and other teen retailers didn’t get the fashions right.

Still, retailers are struggling because spending on homes and cars has “crowded out discretionary dollars,” Charles Grom, a retail analyst for Sterne Agee & Leach Inc. in New York, wrote in a note. With “little, if any real wage growth” the spending shift may persist beyond the second quarter.

To contact the reporters on this story: Matt Townsend in New York at mtownsend9@bloomberg.net; Cotten Timberlake in Washington at ctimberlake@bloomberg.net