First woman member of the NYSE Muriel Siebert dies at 80

Siebert was founder and president of brokerage firm that bears her name, Muriel Siebert & Co. Inc. 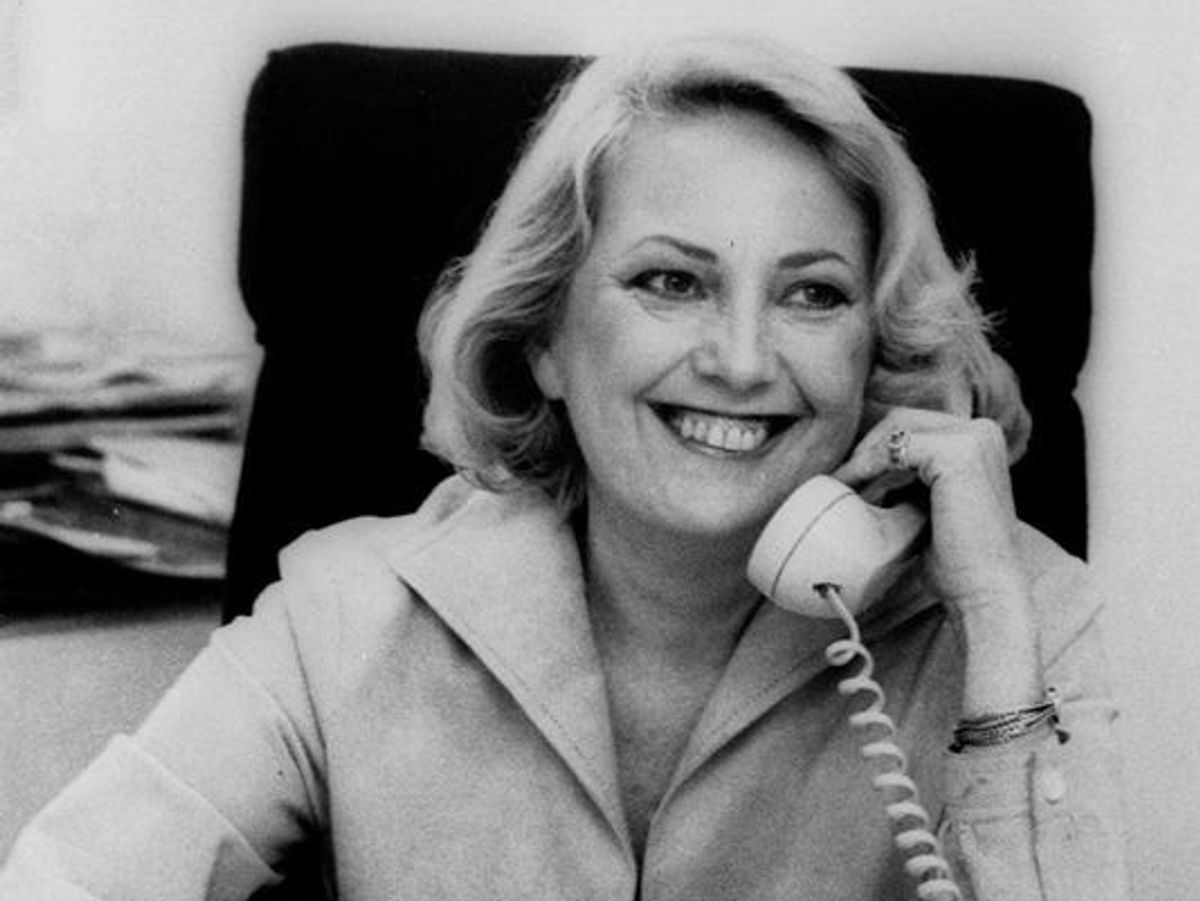 NEW YORK (AP) — Muriel "Mickie" Siebert, who started as a trainee on Wall Street and became the first woman to own a seat on the New York Stock Exchange, has died of complications of cancer at age 80.

Siebert died Saturday at Memorial Sloan-Kettering Cancer Center in New York. Her death was confirmed by Jane Macon, a director of Siebert Financial and a partner at the law firm Norton Rose Fulbright.

Siebert was founder and president of brokerage firm that bears her name, Muriel Siebert & Co. Inc. The company went public in 1996 as Siebert Financial Corp.

Macon said Siebert was "a fabulous woman, a trailblazer and a pioneer" who set a high standard for those who entered the financial world after her. "She always pushed the doors open and kept them open for other people to follow."

Siebert, who was born in Cleveland and moved to New York in 1954 at age 22, started her career as a trainee in research at Bache & Co. earning a $65 a week. She went on to become an industry specialist in airlines and aerospace and later became a partner at brokerages including Brimberg & Co.

She bought a seat on the New York Stock Exchange in December 1967 after months of struggling with the male-dominated business world that initially resisted her efforts to join. She established her investment firm the same year and transformed it into a discount brokerage house in 1975.

Siebert took a leave of absence from the company in 1977 and placed it in a blind trust to be run by the employees when she was appointed the first woman superintendent of banking for the State of New York by Gov. Hugh Carey. She served five years.

In 1982, Siebert resigned from the job to run for the Republican nomination for the U.S. Senate seat of Daniel Patrick Moynihan. She came in second to a state lawmaker, Florence Sullivan, who went on to lose to Moynihan in the November election.

Siebert returned to running her company.

To celebrate 30 years as member of the exchange, Siebert was invited to ring the closing bell on the NYSE. The ceremony was held on Jan. 5, 1998.

The next year, while president of the New York Women's Agenda — a coalition of over 100 women's organizations — Siebert developed a personal finance program to improve the financial literacy of young people.

An advocate for women in business, she served on several organizations including the Council on Foreign Relations, the International Women's Forum, Deloitte & Touche's Council for the Advancement and Retention of Women, and the New York Women's Forum, for which she was a founder and president.

"Mickie was a pioneer and recognized as a leader throughout the financial services industry and beyond," Siebert Financial Chief Operating Officer Joseph Ramos said in a prepared statement. "Those of us who worked with her will miss her spirit, leadership and great commitment to her clients and the securities markets."

Siebert also is a former appointee to the New York State Commission on Judicial Nomination and the National Women's Business Council.

Siebert, who lived in New York City, never married and did not have any children.