"This has turned into a nightmare" for women's access to health care, says one reproductive rights advocate 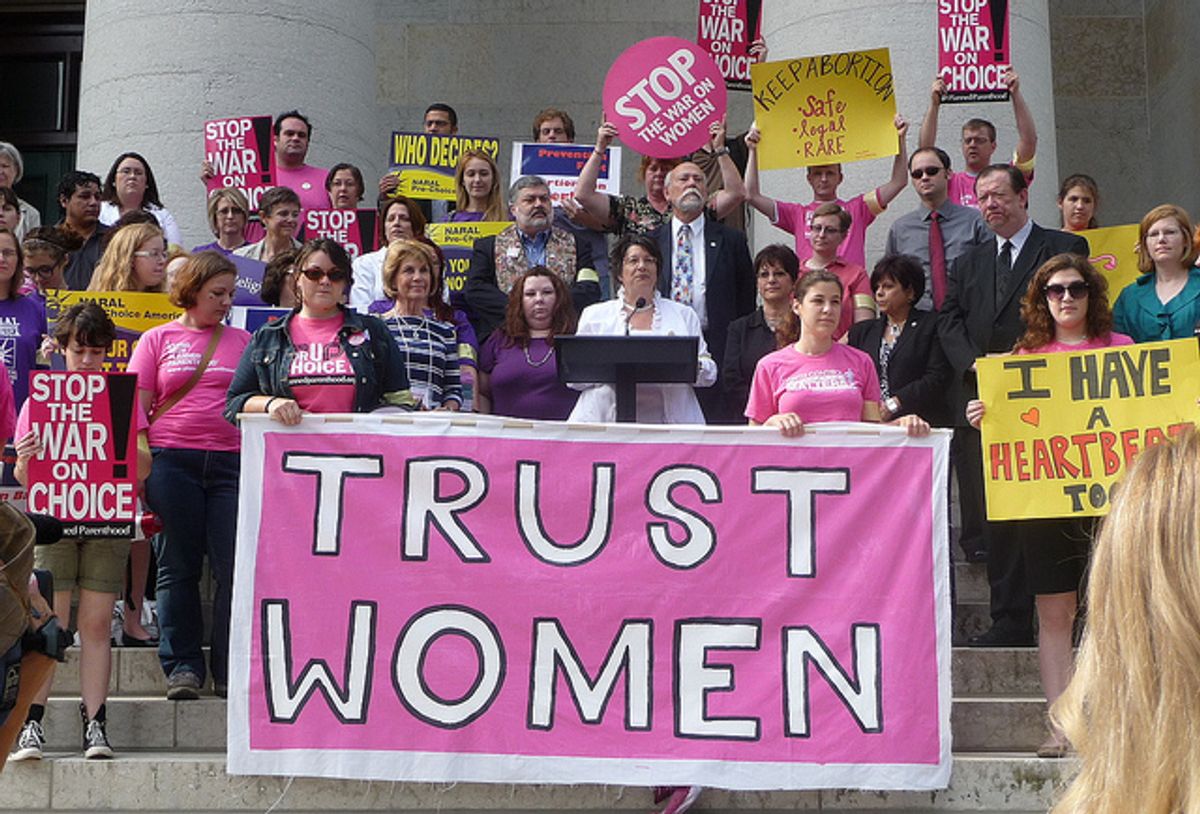 Beginning in earnest around 2010, reproductive rights opponents in state Legislatures across the country have been aggressively targeting abortion providers and family planning services with hundreds of restrictions and regulations intended to block women from accessing basic health care.

Their efforts have had devastating consequences for women nationwide. Over the last three years, more than 50 abortion clinics have closed or ceased offering the procedure, according to a survey of state health departments conducted by the Huffintgon Post. In addition to the 52 clinics that have closed across 26 states, the fates of several more providers hang in the balance while court-ordered injunctions temporarily block legislation that would otherwise close these facilities.

In Texas, which has lost nine clinics, lawmakers have slashed family planning funding in the state budget, required abortion clinics to become ambulatory surgical centers and required abortion doctors to have admitting privileges at a local hospital. Arizona lawmakers passed similar legislation and pushed out a total of 12 providers; the state had 18 abortion clinics in 2010 and now has only six, according to NARAL Pro-Choice Arizona.

"This has turned into a nightmare," said Kat Sabine, executive director of NARAL's Arizona affiliate. "The kind of efforts the women have to take to get family planning or abortion services are just incredible, and you can only get care if you can get out of the community to do it. If you're on a reservation or rural part of the state, unless you have reliable transportation, you're not going to get care."

In Lake Havusu, Ariz., there are several anti-abortion Crisis Pregnancy Centers and a Catholic charity hospital that does not offer abortion care, but women have to travel over 150 miles to either Phoenix or Las Vegas to find the nearest abortion or family planning clinic, Sabine said. The situation mirrors problems rural women face in other states. Mississippi, North Dakota and South Dakota have only one abortion clinic each, and the first two are hanging onto their only clinics pending court decisions. Other larger states, like Alaska and Texas, do not have nearly enough providers to respond to the needs of women in rural areas, because the clinics are concentrated in a few major cities.

"This kind of change is incredibly dramatic," Elizabeth Nash, state issues manager at the Guttmacher Institute, told the Huffington Post. "What we've been seeing since 1982 was a slow decline, but this kind of change ... [is] so different from what's happened in the past."

According to the Guttmacher Institute, the number of abortion providers in the United States has decreased 38 percent since 1982.