To meet emissions targets, we've all got to be like france 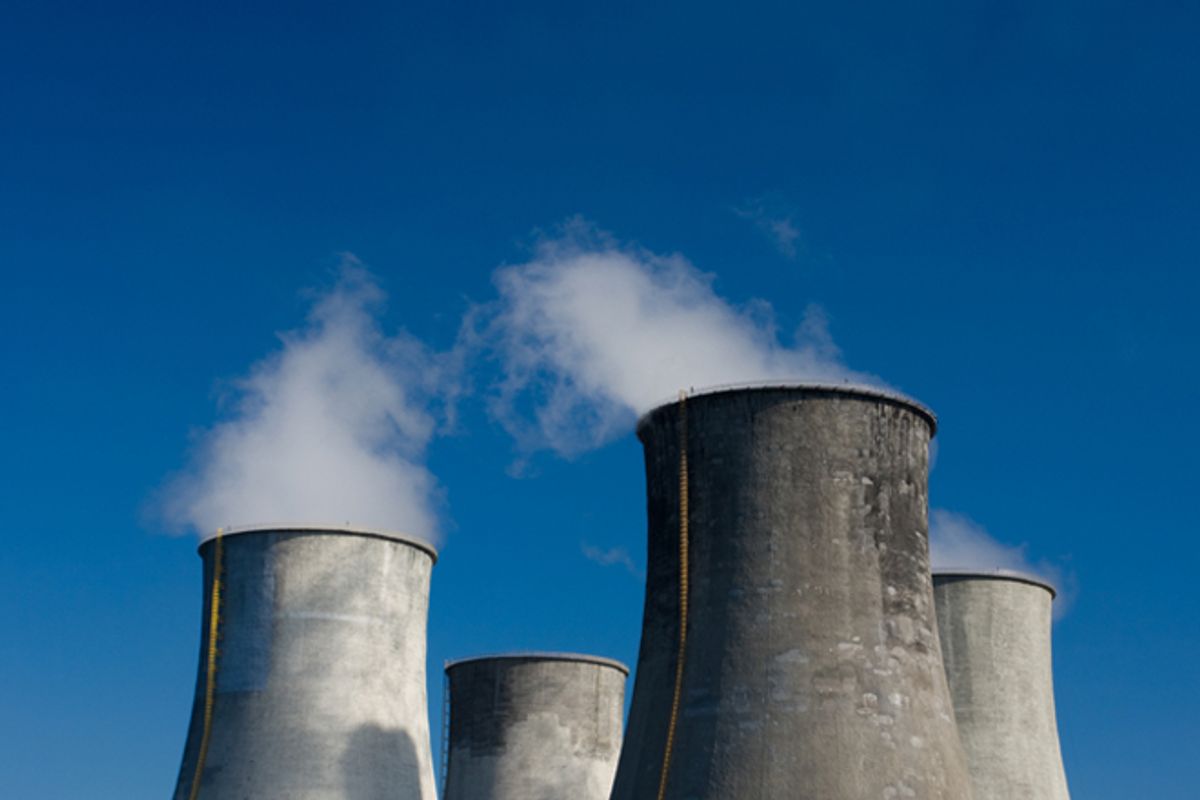 Even with a terrible recession and natural gas bonanza, the U.S. isn’t cutting emissions fast enough.

Some experts still think it is possible to reduce emissions 50 percent globally by 2050, a somewhat arbitrary goal thought to minimize the risk of climate change disasters. But they say hitting that goal is possible only if we try really hard.

Only one country, France, has ever reduced greenhouse emissions at the pace we’d have to keep up between now and 2050.

Over a remarkable period of 30 years, France went from getting less than one percent of its power from nuclear power plants (which emit no carbon dioxide directly) to getting about 80 percent from them. During the period of the fastest build-out of nuclear plants, France managed to reduce emissions at a rate of 2 percent per year, says David Victor, co-director of the Laboratory on International Law and Regulation at the University of California at San Diego.

Victor says to hit emissions targets the whole world needs to do the same thing, and keep it up over a longer time period.

The French transition wasn’t easy. Victor notes that this French project was very expensive. And it got more expensive over time, something that would undoubtedly be the case with worldwide emissions as the cheapest options are quickly picked off in the early years.

To give a sense of just how hard it is to replicate the rate seen in France, look at what’s happened in the United States. A major recession slowed energy consumption, and at the same time technological advances unlocked huge amounts of natural gas, leading utilities to shut down coal plants in favor of natural gas ones that emit half as much carbon dioxide. In just one year, 2009, emissions dropped by an impressive 6.7 percent.

But that was only one year. If you look back to 2000, the average reduction was less than 1 percent a year, less than half of what’s needed to meet emissions goals.