Civil rights leaders may be calling for greater alliance building, but Republicans are pushing for the opposite 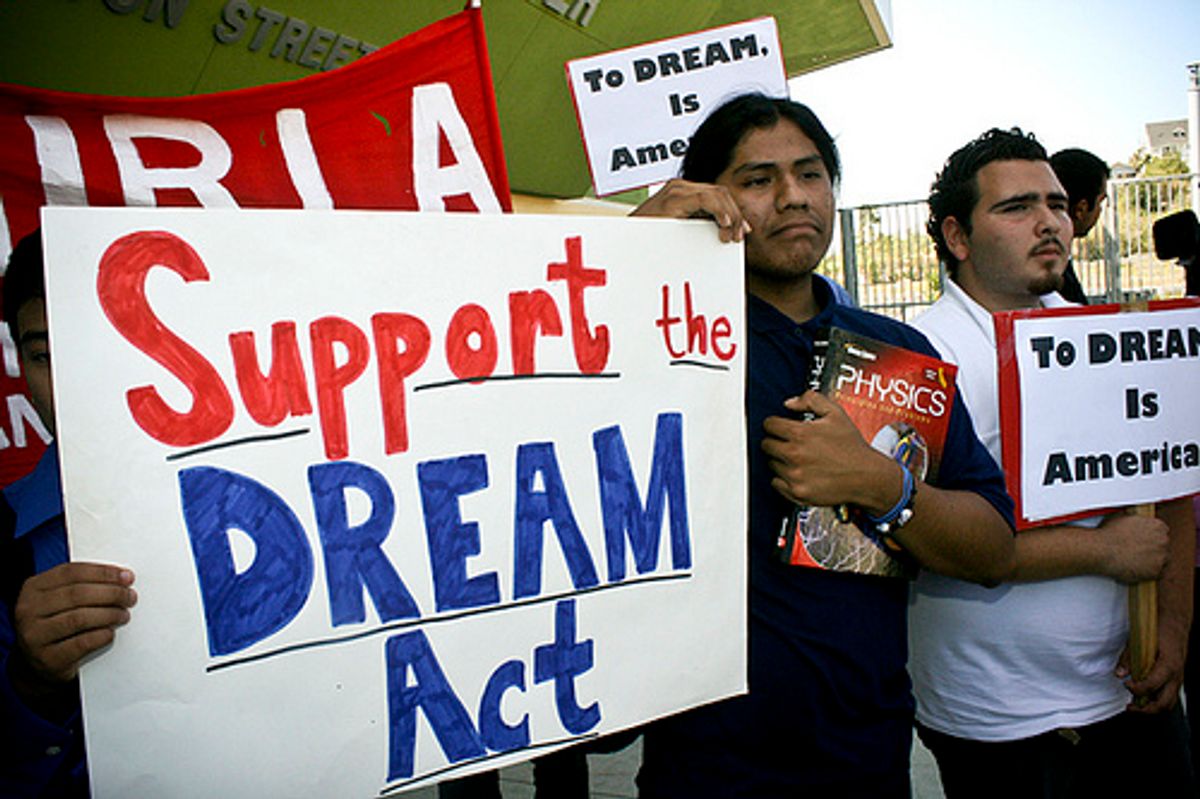 At Saturday's March on Washington, marking the 50th anniversary of the historic March for Jobs and Freedom, dozens of civil rights leaders called for the inclusion of LGBT and immigrant rights in the broader civil rights movement.

“In times like this today I stand proudly with you as an African-American lesbian representing the Human Rights Campaign,” activist Donna Payne announced to the crowd. “I am proud because the lesbian, gay, bisexual, and transgender community and the African-American community are working together toward justice for all.”

But at a Monday luncheon, several Republicans rejected these connections, with former congressman Allen West calling the comparison "apples and vegetables."

"You’re talking about a race of people," he continued. "I don’t think you can make that comparison between a race of people and the gay rights movement, if that’s what you want to call it."

North Carolina Republican committeewoman Ada Fisher, of course, agreed, adding that immigrant rights advocates are "disingenuous" in trying to frame their struggle for basic rights and economic opportunity as a civil rights issue.

“I think it’s unfortunate that people have diluted the purpose of the March on Washington,” said Fisher. “I think it’s an unfair comparison. Whenever anybody wants something in this country they compare it to the civil rights movement. The fight is giving equal rights and equal opportunity to Americans. The immigration movement is disingenuous, we don’t talk about the impact of illegal immigration coming and displacing minority groups for jobs, nor do we talk about an unfair immigration policy where those people from Haiti are sent home and those people who walk across the border are allowed to stay.”