No, a 14-year-old was not "as much in control" as her rapist

A judge has apologized for his comments about a teen rape victim who committed suicide, but the words still sting 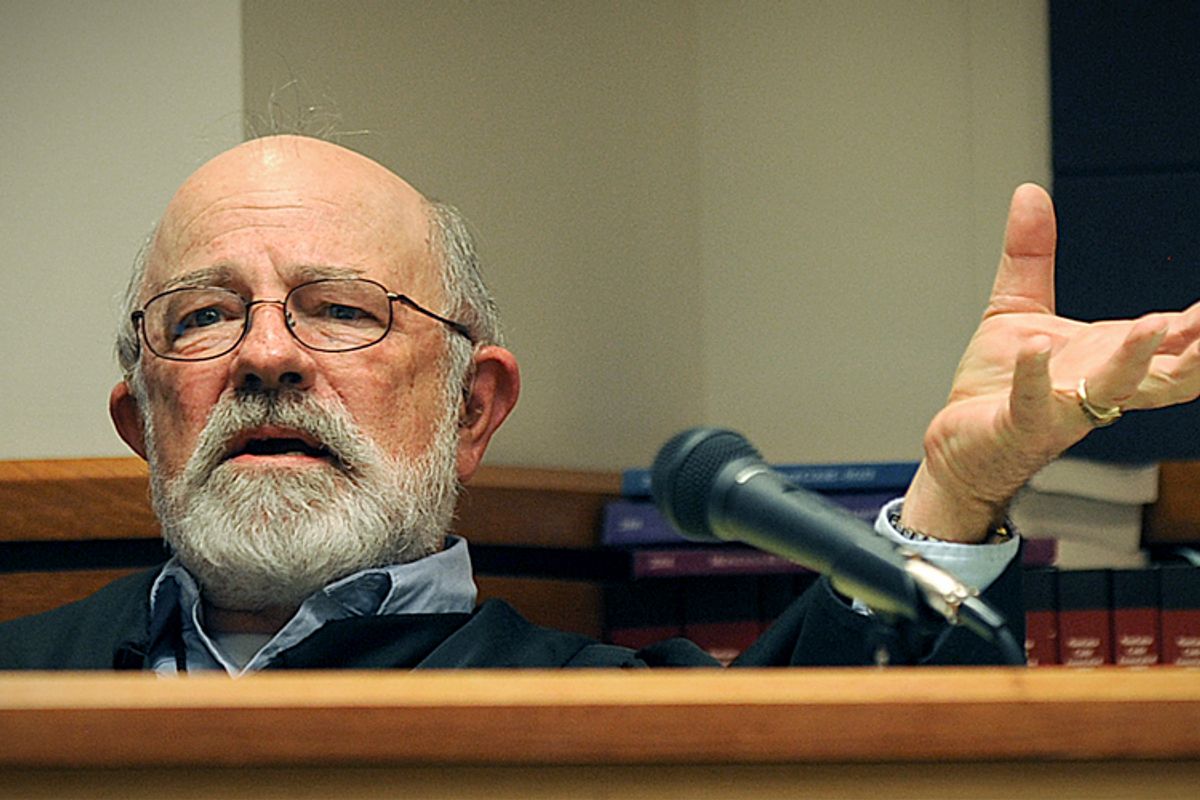 A 14-year-old girl is raped by her 49-year-old high school teacher. As the criminal case drags on, the girl, now 16, kills herself. The teacher pleads guilty and is sentenced to 30 days in jail.

In 2008, prosecutors charged Stacey Dean Rambold of Billings, Mont., with three counts of sexual intercourse without consent with his student. While the case was pending, just weeks before she would have turned 17, the student committed suicide. This tragedy weakened the prosecution’s case -- the victim and primary witness was now dead.  Prosecutors entered into an agreement with Rambold, which stipulated that the case would be placed on hold for three years. If Rambold underwent a treatment program, complied with certain conditions, and admitted to one of the rape charges, by the end of three years, the charges would be dismissed.

But this past December, the prosecution reportedly learned that Rambold had failed to comply with these conditions. He allegedly began missing treatment program meetings, had contact with minors (though they turned out to be his relatives), and entered into a sexual relationship without notifying the program, resulting in his expulsion.

On Monday, defense attorney Jay Lansing asked for sympathy for his client: Rambold, he told the court, will now be required to register as a sex offender for the rest of his life. Rambold had already lost his job, his wife and his home and had been branded with a "scarlet letter of the Internet." "Consider how he's been punished to this point," Lansing implored the judge. Rambold would be undergoing another treatment program, and an evaluation had determined that he was at low risk to reoffend and deserved a suspended sentence.  Judge Todd Baugh was convinced. On Monday, the judge sentenced the former teacher to 15 years in jail, but with all but 31 days suspended. Then the judge gave the defendant credit for one day served, which means Rambold will be in jail for 30 days for the admitted rape of a 14-year-old child.

Yes, losing your job, your house, your wife are all very unfortunate. But that’s what you get when you engage in criminal sexual relations with a minor. Lansing’s argument, which manipulates the truth so that the predator becomes the victim, gives me the willies, but admittedly it is the job of the defense attorney to make the best case for his client.

But then the judge went further. He said that the then 14-year-old student was "as much in control of the situation" as her teacher. Baugh also determined that the student was "older than her chronological age." What makes Baugh qualified to make that assertion? Is he a psychologist who specializes in cognitive development? What were the criteria for his non-chronological age assessment? And what evidence is there that she was just as responsible as her 49-year-old teacher? I’m especially curious given that the law defines sexual relationships between minors and adults as criminal. And, contrary to Baugh’s interpretation, it is the adult who bears responsibility. That responsibility is not shared.

Understandably, Baugh’s sentencing infuriated the student's mother, Auliea Hanlon. She had already endured the rape and suicide of her daughter. And as if that wasn’t enough, Hanlon had to witness a judge attack her daughter’s character. Hanlon had testified that Rambold’s relationship was “a major factor” in her daughter’s suicide, begging the judge, "Please put him behind bars.” When Hanlon heard the sentence, she screamed, "You people suck!" again and again and then stormed out of the courtroom.

Hanlon and the community are not about to take Baugh’s sentence lying down. On Tuesday, Hanlon released a written statement calling out Baugh’s victim-blaming: “As I looked on in disbelief, Judge Baugh stated that our teenage daughter was as much in control of the situation as her teacher was. She wasn’t even old enough to get a driver’s license. But Judge Baugh, who never met our daughter, justified the paltry sentence saying she was older than her chronological age. I guess somehow it makes a rape more acceptable if you blame the victim, even if she was only 14.”

The story has also gained media attention and sparked an outcry via social media. Petitions have been published and a protest has been planned for Thursday. One of the organizers, Sheena Rica, who is a rape survivor, said, “What angered me is that the judge said the victim was older than her chronological age. I don’t care if she wore makeup. I don’t care if she dressed provocatively. She was a 14-year-old and he was in a position of power.” Rice also said she finds it troubling that mandatory sentencing exists for drug crimes but not for sex crimes. Montana’s National Organization for Women is also involved in the case. NOW’s Marian Bradley said, “Something is not right with our system when a judge can make that kind of decision. Unless we show our outrage, none of our children are safe and no one will think of us. I think the judge needs to be reviewed and he needs to be sanctioned.” Bradley is calling on the state to investigate Baugh’s sentence.

Baugh, for his part, defended his sentencing and his characterization of the victim as recently as Tuesday, when he totally explained himself: “I think that people have in mind that this was some violent, forcible, horrible rape … It was horrible enough as it is just given her age, but it wasn’t this forcible beat-up rape.”  A non-beat up rape! I feel so much better.

Baugh has seemed to have a change of heart. Not about his sentencing, but about his comments about the student: "I don't know what I was thinking or trying to say," Baugh told the Billings Gazette. "It was just stupid and wrong.” He added: "What I said is demeaning of all women, not what I believe and irrelevant to the sentencing … My apologies to all my fellow citizens." This could be a result of some major self-reflection and soul-searching on Baugh’s part. Or maybe it’s that his comments and actions have invited negative attention, bad press and opposition from the community. And when you’re running for reelection, which Baugh announced he was doing last week, that’s never a good thing.