The Independent Election Commission reports it will require 10,000 more female police to staff polls in April 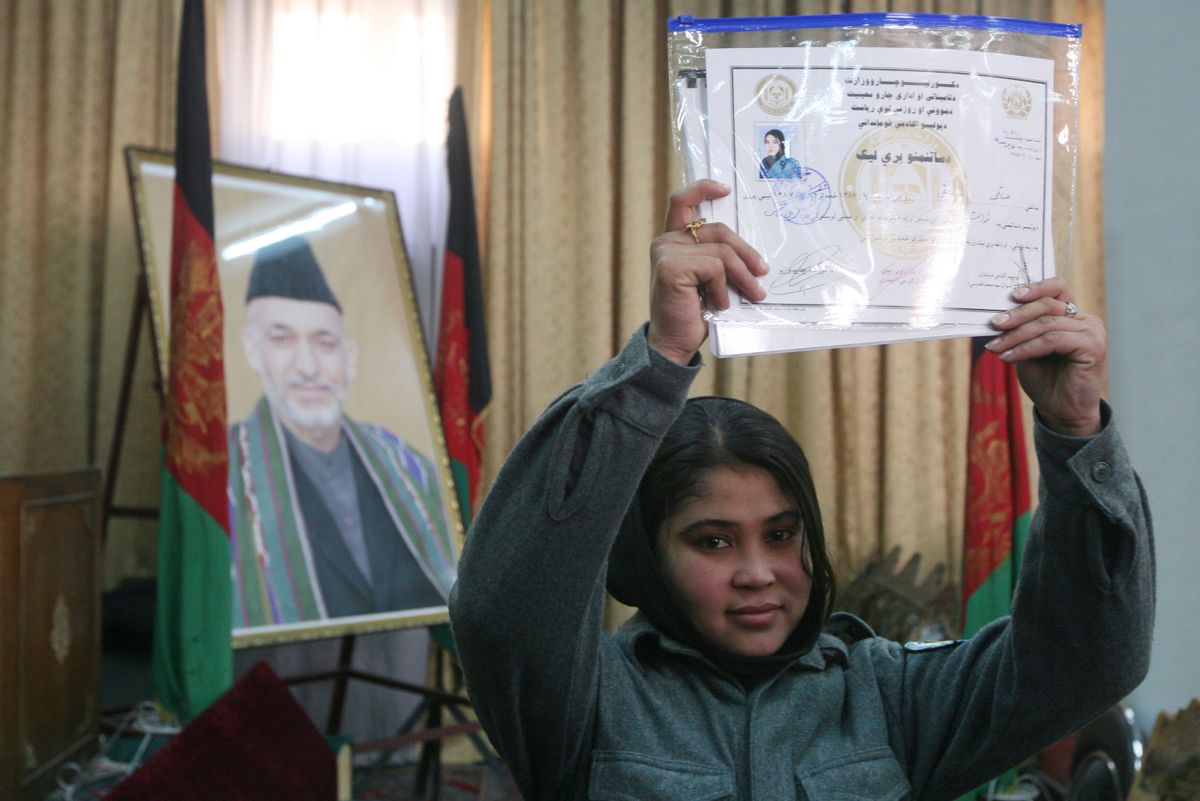 A severe shortage of female members of the Afghan police force may prevent women from voting in next year's presidential elections, according to Afghanistan's elections monitor.

"This is a really important issue for the IEC. We must have the same opportunities for male and females," IEC spokesman Noor Mohammad Noor told NBC News.

Afghanistan's Independent Election Commission (IEC) says that it will require 12,000 female security officers to carry out body searches necessary for voters to enter gender-segregated polling stations, but there are currently just 2,000 female members of the country's security forces.

In an effort to make up for the shortage of female police, the Ministry of Interior may train female teachers to carry out searches at polling stations.

The lack of female polling staff isn't the only potential barrier to Afghan women's participation in elections. As NBC notes, very few women have registered to vote in some of Afghanistan's most conservative provinces.

"We have been visiting homes and trying to get women together to explain why voting is important, that they have a voice and despite government corruption their vote does matter," said Neda Khaihani, a member of the provincial council in Baghlan.

"We've been working for months and only have eight women registered at the moment."