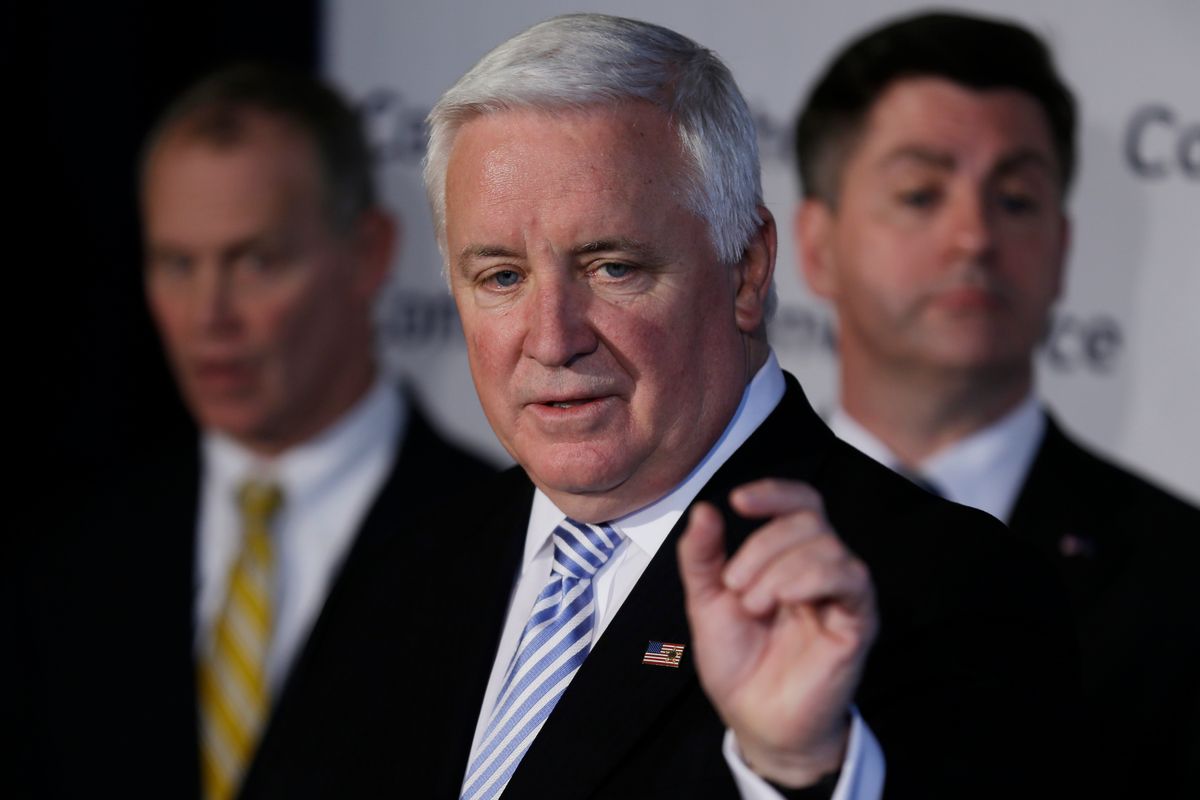 The state of Pennsylvania is arguing in court that married gay couples have as much legitimacy and legal standing as (hypothetical) married 12-year-olds.

You see, the administration of Republican Gov. Tom Corbett is suing to stop Montgomery County from issuing marriage licenses to gay couples in defiance of a state ban on same-sex marriage. The official at the center of the lawsuit, Bruce Hanes, has issued 154 marriage licenses to gay and lesbian couples since July. Thirty-two of these couples have petitioned to intervene in the case, since a ruling against Hanes could result in the nullification of their unions.

But the state doesn't want to let them participate in the case, arguing, as the Philadelphia Inquirer notes, that their licenses hold no "actual value or legitimacy," and that they are the effective equivalent of marriage licenses issued to children.

"Had the clerk issued marriage licenses to 12-year-olds in violation of state law," the state wrote, "would anyone seriously contend that each 12-year-old ... is entitled to a hearing on the validity of his 'license'?"

If these 32 couples want to defend their "purported marriage licenses," they should file a separate lawsuit, according to the state.

Hanes, who says the state law is unconstitutional and discriminatory and his decision to issue gay couples marriage licenses comes down on "the right side of history and the law," is scheduled to testify in the case next week.