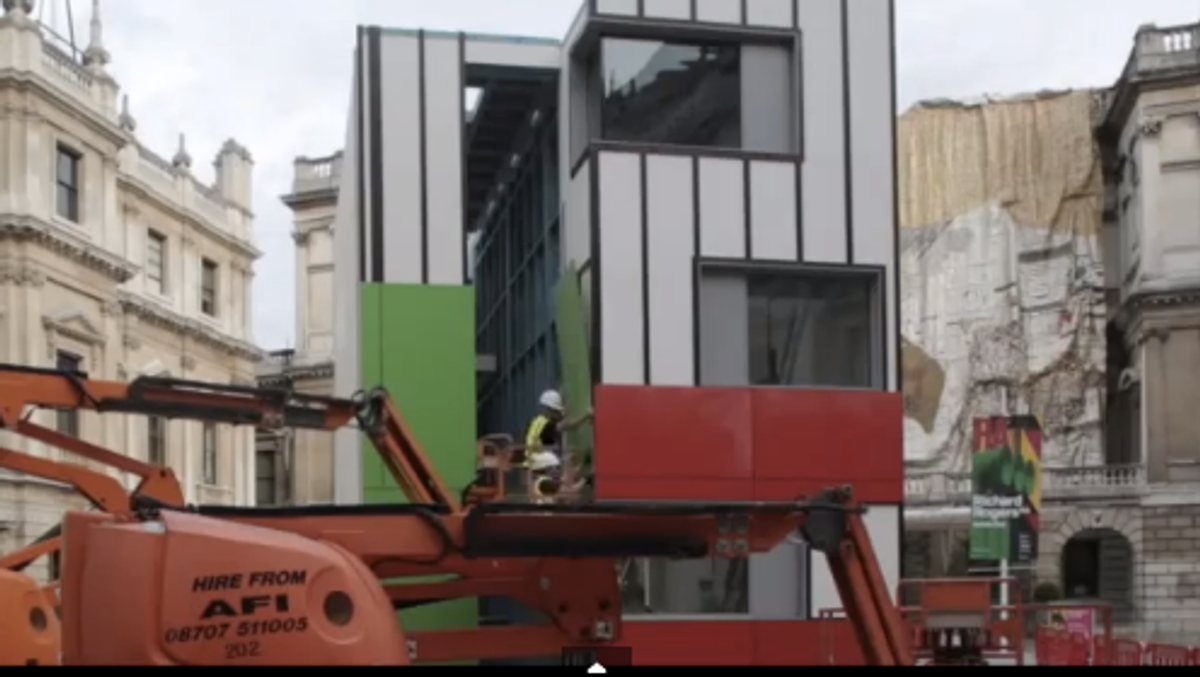 Remember when building your own house was a difficult and complicated process, involving architects, contractors, and possibly years of agonizing construction? Well, those days are officially history. Modular, pre-fabricated buildings are all the rage, and with drastically lower costs and wait times, probably here to stay.

London, like much of the world, is experiencing a shortage of affordable housing. Apartment buildings are crowded and often less than ideal for families, but for decades, this has been the only option for lower income families. Homeshell is meant to destroy the myth that affordable housing means boring cookie cutter apartments stacked like sardines.

“Homeshell is constructed using a building system called Insulshell (developed by Sheffield Insulations Group (SIG) and Cox Bench),” explain the architects. “Now SIG have improved the properties of the system, making it more energy-efficient and flexible. It could knock up to 40 per cent off the cost of traditional building, while its zero-carbon credentials could mean up to 90 per cent savings compared with conventional housing.”

The Homeshell’s vertical design allows for lots of large windows, even in corners, that bring in light and a feeling of spaciousness. “Rooms can be easily reconfigured to adapt to residents’ needs because none of the interior walls are structural. Homeshell’s flexible, modular design also means it can be used to extend and retrofit existing buildings,” explains the designer.

Better yet, the Homeshell arrives as a single truck-load of flat-pack panels and takes a mere 24 hours to construct on site using tilt-up construction techniques. A six-story, 24-unit block could be up and running in a month.

The home is on display until Sept. 8th as part of the Inside Out exhibition.