Wal-Mart's typical employee is paid less than $9 an hour 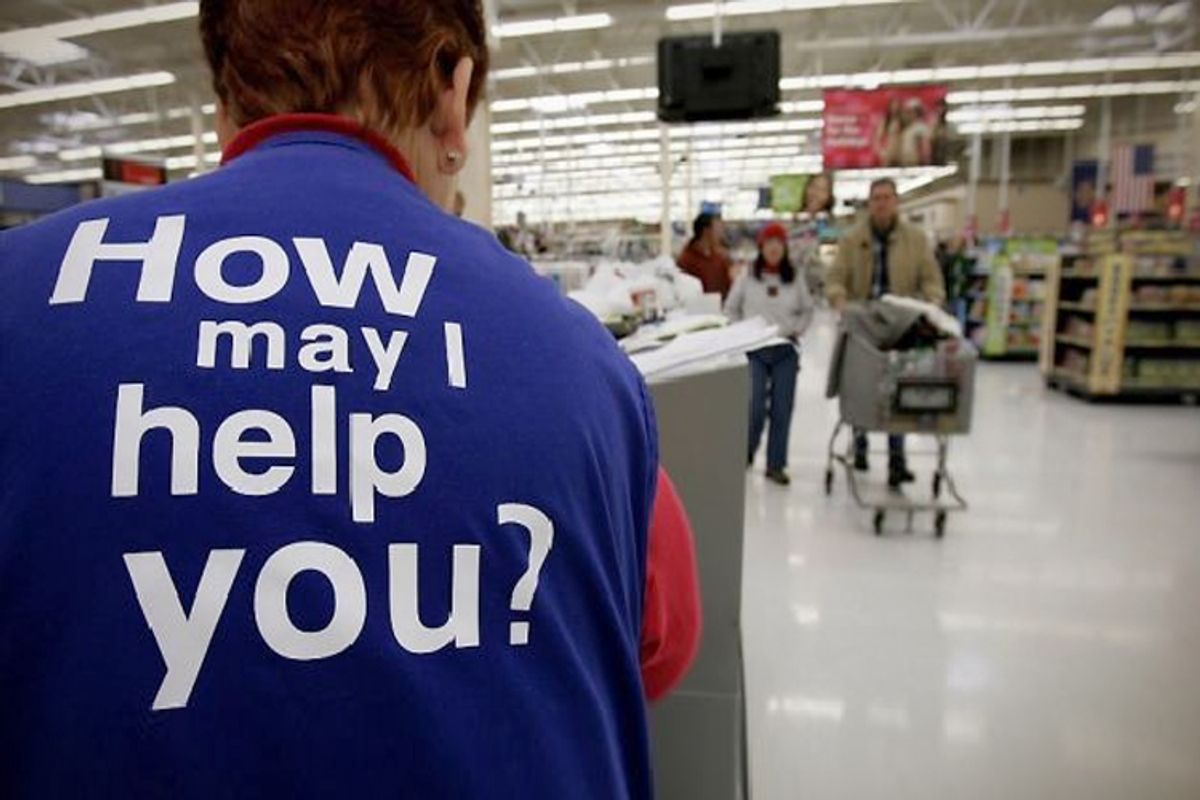 Yesterday a Walmart spokesman criticized the petition I’ve been circulating that asks Walmart (and McDonalds) to pay their employees at least $15 an hour.

Walmart’s spokesman told the Huffington Post that my petition fails to mention that Walmart is a major job creator and that it promotes some of its employees.

The spokesman is correct. In fact, Walmart is America’s biggest employer. And I’d be shocked if some of its employees weren’t promoted.

But the brute fact is Walmart’s typical employee is still paid less than $9 an hour.

To offer lousy jobs on such an extraordinary scale is not something to brag about. Indeed, the point of the petition — as well as the national movement to raise the minimum wage to $15 an hour — is to recognize that most people who work for big-box retailers like Walmart, as well as those who work in the fast-food industry, are adults. They are responsible for bringing home a significant share of their family’s income. A decent society requires they be paid enough to lift them and their families out of poverty.

When Martin Luther King, Jr., led the March to Washington for Jobs and Justice, fifty years ago this week, one of the objectives of that March was to raise the minimum wage to $2 an hour. $2 an hour in 1963, adjusted for inflation, comes to over $15 an hour in today’s dollars. Walmart doesn’t come close to the American dream.