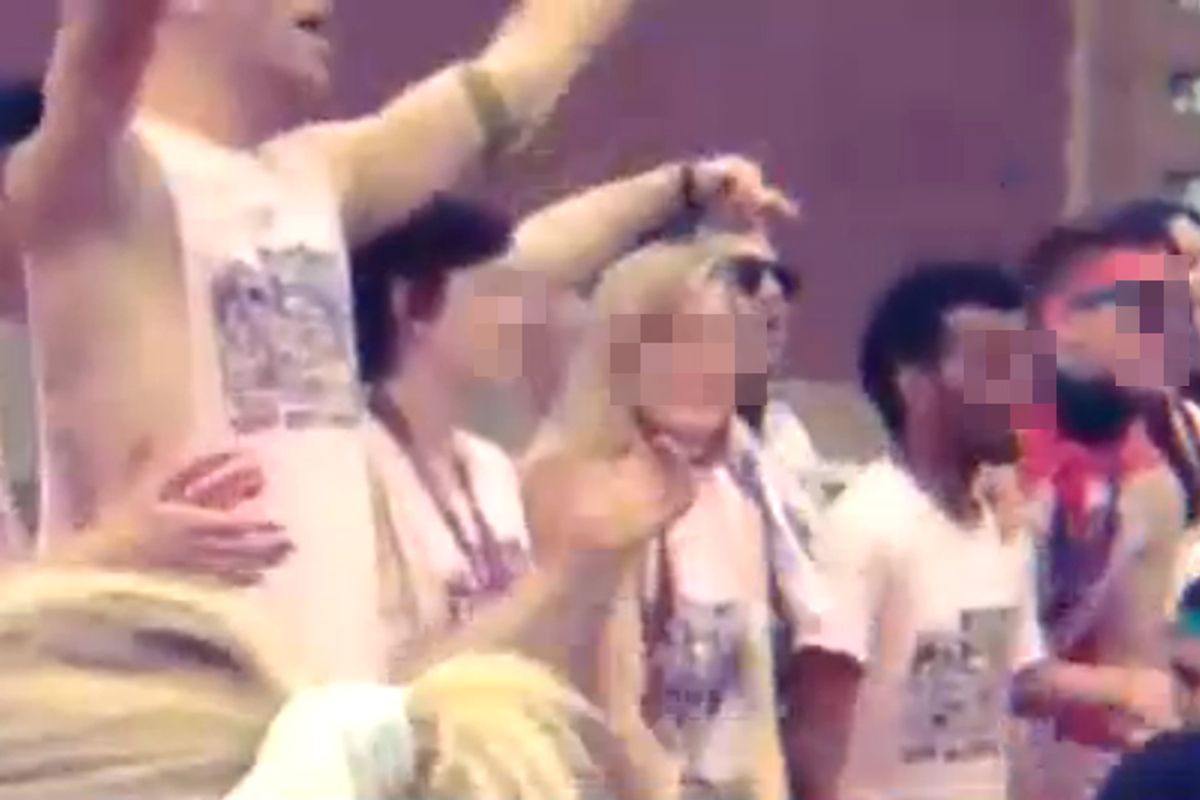 Consider this your humorless, offended feminist scolding of the day. Student leaders at Halifax's Saint Mary’s University are being disciplined after an Instagram video posted on Monday revealed them leading an orientation week chant extolling the joys of sexual assault. And disciplined they should be.

The brief clip shows a crowd of students, male and female, chanting, "SMU boys, we like them young. Y is for your sister. O is for oh so tight. U is for underage. N is for no consent. G is for grab that ass." And W is for WTF? The CBC reports that students say the chant has been part of frosh week activities "for years." But student union president Jared Perry has apologized for it and vowed, "It will not continue in the future." University spokesman Steve Proctor adds that all 80 student leaders involved in orientation week and three student union executive members will now take sensitivity training classes. The executive group will also attend a conference on consent and violence.

Is the punishment too severe? Is the video, as the CBC News breathlessly described it, truly "shocking" and "unbelievable"? Most of us with functioning brain cells are capable of grasping that a bunch of kids standing around chanting something stupid is not equivalent to rape -- and if you know anything about college students, it's certainly not "unbelievable" that they'd taunt your sister. Yes, the chant is gross and offensive, but what makes it a big deal is that it's part of a much wider, more demoralizing problem. And yes, this is the part where I deploy the phrase "rape culture."

The disgust over stuff like this isn't about trying to be a big buzzkill or being oversensitive or gee, can't you take a joke? It's about the little ways we as both men and women are chipped away at by exactly the kind of mob mentality that the video displays. It's the unthinking acceptance, the reinforcement of the notion that women exist to be used sexually. It's about signing off on male aggression and female passivity. It's about making that the norm, so much the norm that you wind up with girls cheering along for it.

I seriously doubt that anybody's ever become a rapist because he heard a college cheer. But I also know we have an undeniable and serious problem with sexual assault at the university level. Just last month, several Vanderbilt students were charged with raping an unconscious 21-year-old student in a dorm. As many as 20 percent of female college students say they've been "forced to submit to sexual intercourse against their will." And when they speak out, the consequences can be dire – for the victims. Earlier this year, a University of North Carolina student was sent to her school's Honor Court for speaking out about her rape, or as the school put it, "disruptive or intimidating behavior." (The charges were later dismissed.)

If you really want to talk about "intimidating behavior," you've got to look at these little aggressions, these dumb chants, these stupid wisecracks. They seem small but they add up. They pollute the air and make the unacceptable seem OK. And that is why we strident hysterical killjoys have a problem with them. Student Lewis Rendell, a board member of the Saint Mary's University Women’s Centre, told the Star this week, "It’s not just a university problem, and I can’t stress that enough. It’s obviously a societal problem, that’s manifesting itself at St. Mary’s right now."