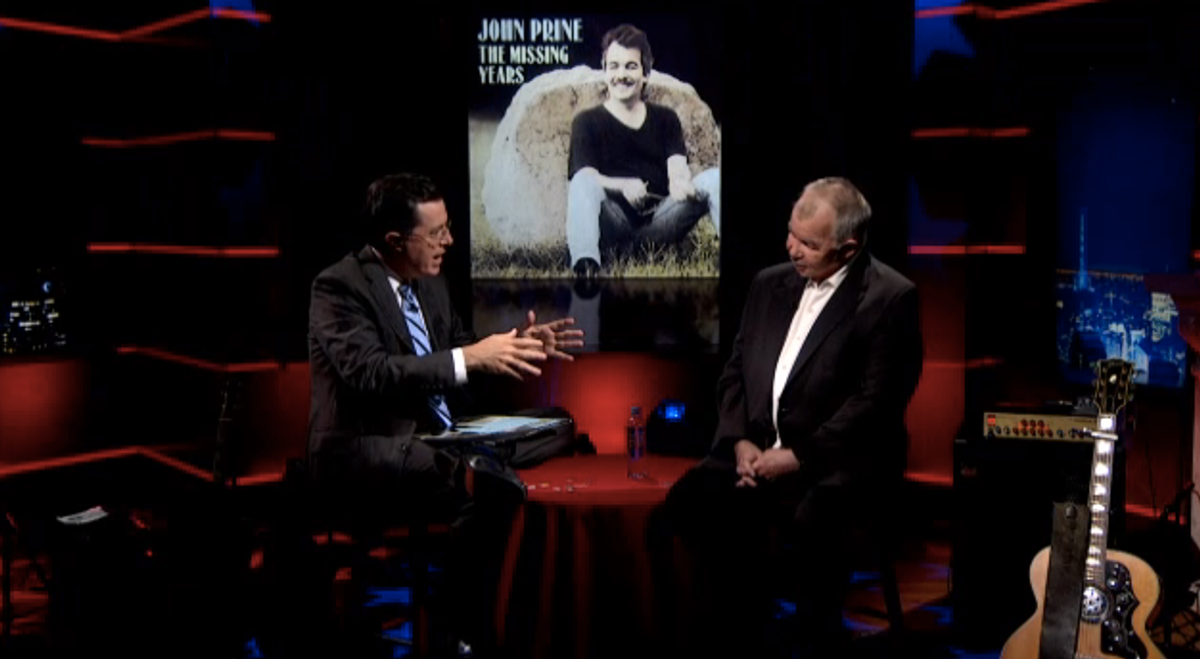 Grammy Award-winning singer and songwriter John Prine was a "mailman's mailman" long before he was a musician's musician. The folk legend appeared on "The Colbert Report" on Thursday night to promote the new release of his 1991 album "The Missing Years." He also explained, among other things, why twerking is not part of his act: "That would put me into a different tax bracket," he joked.