The author talks with Salon about his new book, being a "weird Catholic," and why "refinement is the enemy" 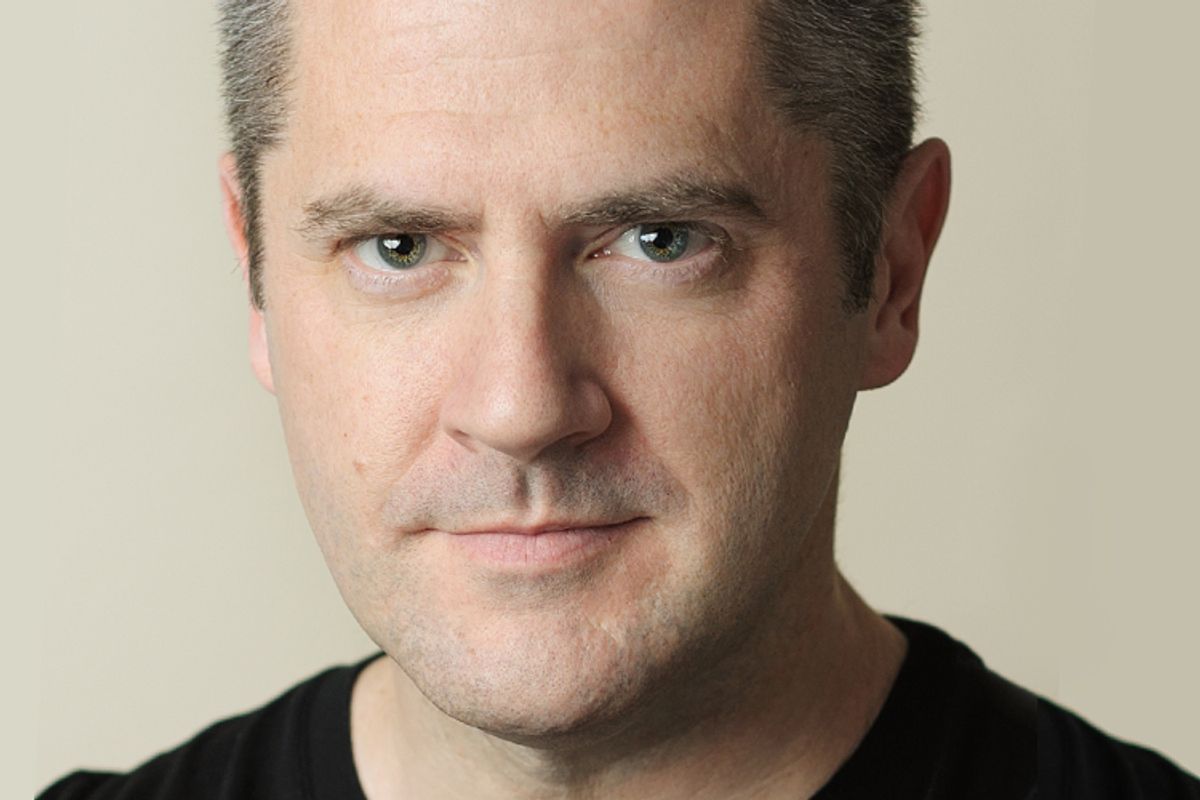 Anyone familiar with the work of David Schickler won't be surprised that the title of his new book contains the word "dark." Schickler's 2001 debut collection "Kissing in Manhattan" was a  buffet of lust, dysfunction and romance. His novel "Sweet and Vicious" was likewise – with bonus crime. He's also the co-creator and an executive producer of the Cinemax series "Banshee," a show Entertainment Weekly calls "ultraviolent, over-the-top, and wickedly fun." And when you find a guy that obsessed with sex and violence, it's a good bet you'll find something else in the mix – plenty of religion.

Or maybe that's just the place my mind automatically goes, because like Schickler, I too am a practicing Catholic who shudders at what he refers to as a vision of the world that's "too spiffy, too upbeat, too bubbly-safe." Catholicism to me is strange and baroque and difficult. It's what I love about it. And it's what drew me to Schickler's frank, bold and ultimately redemptive memoir of the great consuming passions of his life – his faith and the company of women – and the epic struggle of a one-time aspiring priest with his deep, conflicting desires.

"The Dark Path" is a tale of Schickler's abiding connection to a faith that even his closest friends – not to mention the girlfriends he had to introduce to his unique brand of chastity – have had difficulty understanding. And as he takes the reader through his early adulthood – a period in which his desperate longing to become a priest is increasingly at odds with his intensifying need for love and sex, we meet a kinky hotel concierge, one butt-grabbing priest, and Schickler's own frequently tormented inner voice. If St. Augustine's famed prayer to "Grant me chastity, but not yet" were spun out as a modern comedy-drama involving S/M and antidepressants, it'd look at lot like this. And while you don't have to be Catholic to appreciate Schickler's funny, frequently brutal revelations, it doesn't hurt to have a keen appreciation for the art of a great confession.

I spoke to Schickler recently about his new book, and about our mutual, enduring fascination with the Church.

In "The Dark Path," you lay out a lot intimate truths about your experiences with sex, religion and depression – not always easy things for people to talk about. What made you want to do it – and did you ever reconsider some of the things you reveal?

It took me a while to find my story, but I knew I had a story to tell. Other people in their memoirs have heroin or abuse. I looked back at my life, and the years between 18 and 24 were when all the absolute worst crap happened to me, so I thought, I'll write about that. I knew that if there's anything that I had in my own story, it was a pure and utter broken vulnerability from this period in my life.

If you're a Christian like I am, I think only when I utterly put myself out there in a really frank and visceral way, only in the moments when I really show my hand, am I able to find the true story. And I knew it was important to laugh at myself. The over-earnest brand of memoir is hard to take.

One of the things that really spoke to me in the book is your description of Jesus as "gritty and dangerous" – a view that's very much at odds with what you call the "Shower the People" approach a lot of people assume is inherent in Christianity.

All of us have enemies. They may not be dressed in armor, but people cross us day in and out in ways that can consume us. The idea that you're supposed to put that person's concerns ahead of yours and pray for that person? That's insane! So delivering the message of Christianity in any kind of kid gloves, sugarcoated, treacly approach is hard for me. When I was younger, neither I nor anyone my age could run away fast enough from that. I even hated when the priests would use the phrase "young people" -- they're not Smurfs. It wasn't wise enough, it wasn't actual enough.

It is ballsy and cool to me to walk around with ashes on your face. When you go to church on Ash Wednesday and the priest says, "Remember man that you are dust" – that's not pulling any punches. Catholicism puts itself out there in that edgy, dangerous thing I find in the gospels.

My own brand of storytelling is very visceral. It is sexed up and violent, and because it's frank and direct, that feels more in line with the gospels or the Bible than if I were trying to be on a pulpit. All my favorite stories from the Bible are that way. Pigs possessed by demons? I'm like, yes. Catholicism is like the end of a horror movie. You think the guy is dead and he's not! It's absurd and it's crazy, and in the same way I like crazy stories, I think it's contrarian and weird.

In the book, you also explore a lot of your questioning, and your genuine pain. I don't think people always expect that ambiguity when you're a declared person of faith. But from my own experience, I certainly don't think my religion gives me all the answers.

Doubt is my perpetual state. Doubt is absolutely at all times walking the road with me. And I think the message is to be a vagabond is to be a person who travels with doubt.

You went from wanting to become a priest to now being married with kids. How do think one reconciles sexuality and Catholicism?

I absolutely know priests who were sincerely called to celibacy. It can work. And it broke my mind and soul and body to not become a priest. But in my own sexuality, it would have meant being half human to be a celibate Catholic priest. That was heartbreaking to me that I had to admit that. My friend Mason says, "When they lost you, they lost the war. If they can't get a guy like you to be a priest, that's fucked up, because I've never seen anybody who wanted it more."

I think there's something about Catholicism that's both about denial and excess. I'm in love with its theatricality. I can't imagine being in a religion that doesn’t have baby Jesus dressed up like Liberace.

My instinct for stained glass and incense is the same as my instinct for rock 'n' roll. What is simplicity to others is anemic to me. I don’t want to go into a white cell. I'm terrified of refinement. I don't want refined Jesus or sexuality or work. Refinement is the enemy. I'd rather be with the punch throwing, beer swilling, blue-collar Irish people I grew up with. That’s closer to me; it's closer to Christ. This guy honestly sat down and had dinner with whores. All the time!

It's reassuring to me when I read someone like you, who's clearly working through these issues of faith and morals and doing it as a weird Catholic.

I absolutely do consider myself a weird Catholic, but I think Catholicism by definition is weird. Christianity itself is weird. I think it's contrarian. It goes against a lot of the principles of the world. And I prefer to be around Christians who remember that.

At the end of the day, Christ told me to spend as much of my time thinking about and caring about people less fortunate as possible. The message is the opposite of self-advancement and money and me, me, me. It's a religion that tells you to try to get out of you head, to think about what you should do rather than what is going to happen to you.

I don't write for therapy. I write to entertain, to say, "Look at some of this crap I went through." And I want to start a conversation. Look at the vibrant conversations that are had in other faiths. I'm honestly mystified that there aren't more of them among Catholics. There are 70 million of you in America who identify as Catholic. There's no bigger single Christian denomination. So where are the other weird Catholics? And can you please come out of the woodwork?