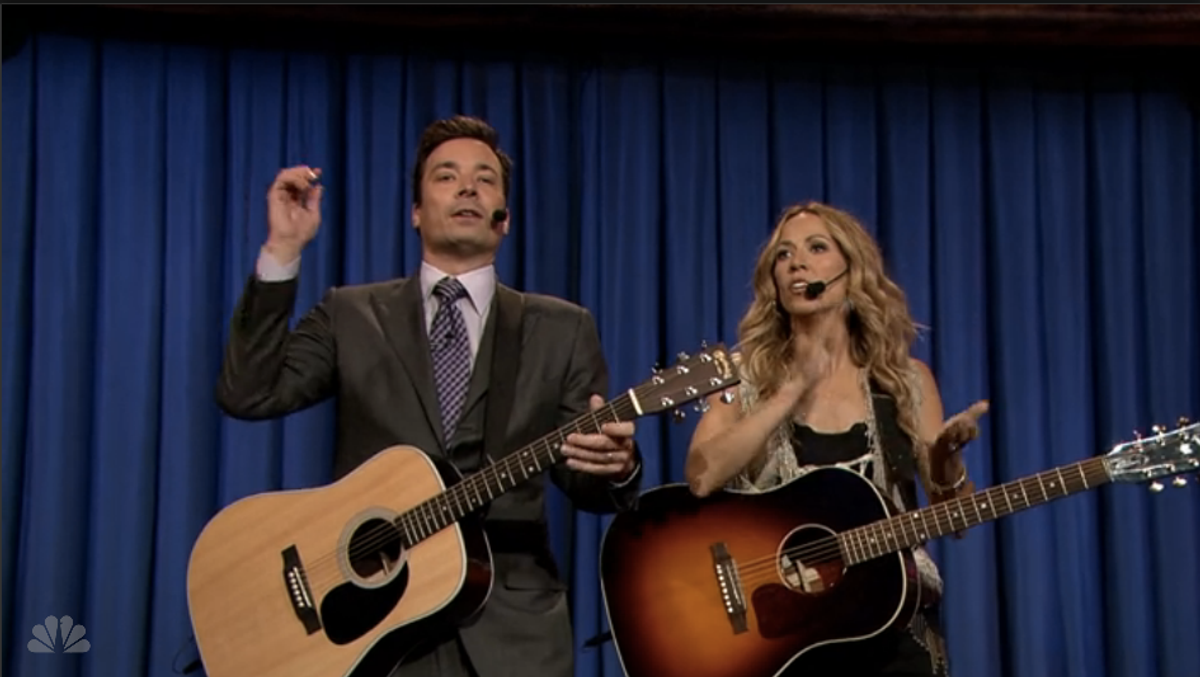 Anthony Weiner suffered a pretty humiliating defeat this week in the New York City mayoral race. Then he said he was an imperfect messenger. Then he gave everyone the middle finger.

A lot of people have always hated Weiner, but it's pretty safe to say that now more people than ever hate him. The odds of him staging a future political comeback are slim. In all likelihood, Weiner will follow the lead of so many not-so-great men before him by receding from public view and taking a lucrative consulting job somewhere. (Or maybe teaching at the City University of New York!)

All of which is to say that the window for making jokes about Weiner's last name may soon be shut for good. Which is sad, sad news for late night talk show hosts and pun-happy journalists.

Perhaps realizing that the end of such phallic riffs is nigh, Jimmy Fallon recruited Sheryl Crow to send Weiner off with a double entendre-laden farewell song.

It's actually quite catchy: