Many men are open about their weed use, but women risk getting judged 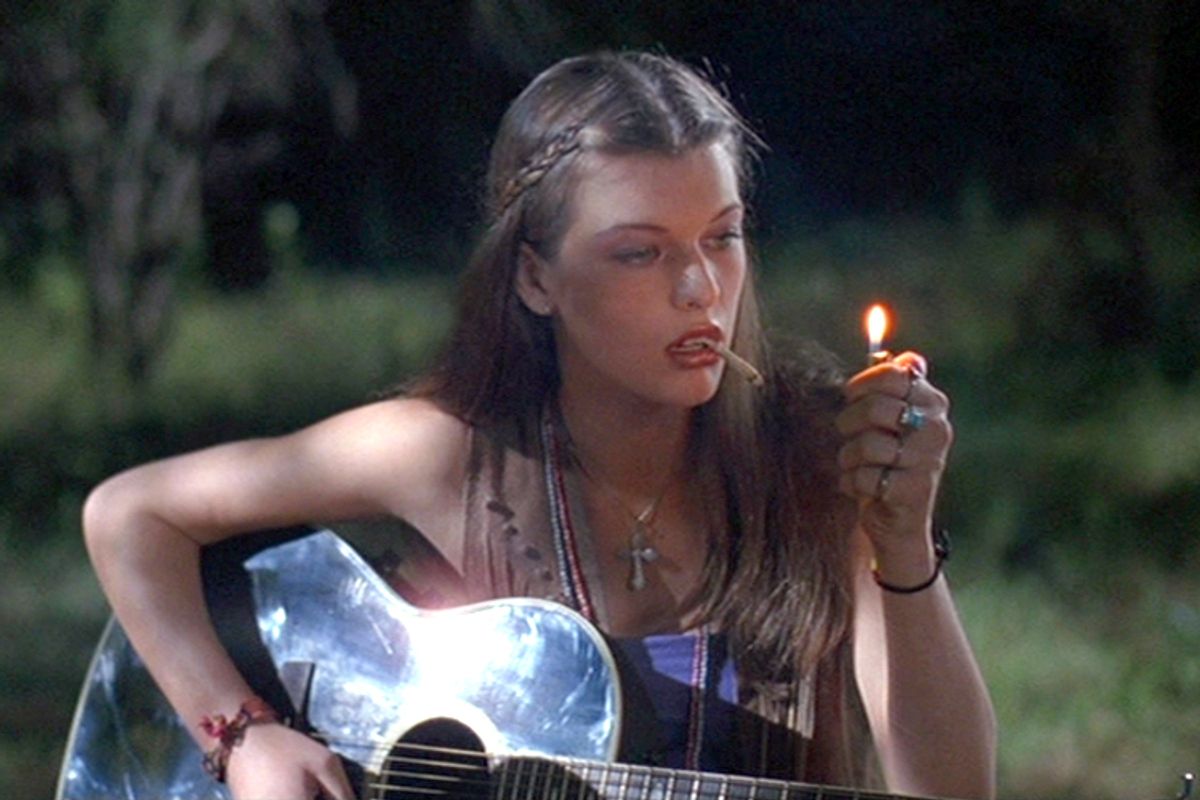 Milla Jovovich, dazed and confused in "Dazed and Confused"
--

I’ve been smoking pot on and off since I was about 17. Throughout this time — we’re talking 25 years— I believe I bought my own pot once. I have always relied on the men in my life to provide it for me. When I look back at my history with marijuana, I simply have no connection to the weed in my life and where it comes from (except for that boyfriend who filled two of our small closets with plants in 1997). Along with relying on men for it, I also don’t discuss smoking with girlfriends. I wouldn’t meet up with another woman to get high the way I would, say, for a glass of shiraz. There’s probably only been a handful of times in the past 10 years have I gotten high with a group of women to simply relax.

Most of the men I know, on the other hand, get high. They discuss the product. They have multiple sources. They invest in smokeless inhalation devices like the Volcano and the portable Wispr. They speak about their weed machines like they’d talk about cars. Or computers. Or the way my Uncle Joe used to obsess over his ham radios in the 1970s. And while the country has more or less embraced the stoner way of life — new data shows that more Americans are getting high now than in previous years — the stigma around women smoking pot is still pretty black and white.

If you take a look at marijuana gender data, you’d think most women are following the Adam Ant rule of thumb — Don’t drink, don’t smoke. In Colorado, for example, 68 percent of medical marijuana registrants are males and in Arizona, 73 percent of approved applicants are men. According to the annual National Survey on Drug Use, conducted by the U.S. Department of Health and Human Services, almost twice as many men smoke than women (9.6 percent of men vs. 5 percent of women).

Here’s the thing about women and weed: Women generally don’t want to discuss their habit out of fear of being judged or compared to a cartoon. Think Milla Jovovich’s stoner character in "Dazed and Confused" — she had no lines whatsoever and merely stared off into space, and, okay, she painted a Gene Simmons face on that statue. Worse, if you’re a mother, you keep your weed habit secret because you don’t want to be seen as a negligent parent.

Because when women unwind, we have been told that drinking should be our method of choice — Kathie Lee and Hoda still drink wine at 10 a.m., and no one balks. But just last year the entire Internet almost had a collective heart attack when "Motherland" author Amy Sohn wrote about her drugging escapades for The Awl in "The 40-Year-Old Reversion." The first paragraph goes like this: "Once a month I get together with half a dozen moms from Park Slope and Carroll Gardens. We call ourselves Hookers, Sluts and Drug Addicts." And this summer, a video of a group called the Marijuana Moms went viral after announcing they were "bringing glamour and exclusivity to marijuana use." The Huffington Post filed the story under “Weird News.”

Though movies have portrayed men getting high in groups for decades (just this summer Seth Rogen and co. smoked their way through the apocalypse in "This Is The End"), there’s a complete lack of women who smoke weed in pop culture, as Ann Friedman points out in New York magazine: “There are a few depictions of women smoking at home as a way to blow off some steam and bond with each other. In '9 to 5,' a film released back in 1980, Jane Fonda, Lily Tomlin, and Dolly Parton’s characters get stoned together and fantasize about how they will exact revenge on their boorish boss. The 2012 lady-bromance 'For a Good Time Call' features heroines who regularly smoke. But the examples are few and far between."

“I generally think women are not willing to take the risk of bringing up that subject because they’ll be judged by that other person,” says Sabrina Fendrick of the National Organization for the Reform of Marijuana Laws (NORML) Women’s Alliance. “It’s also a social fear of being judged by other women and other men as well. There’s a connotation with marijuana, that lazy stoner attitude, and women already have to work twice as hard to be considered half as good.”

Even in writing this article I experienced stoner stigma when a friend suggested I interview someone who also happens to be a daily smoker. “But you can’t tell her I told you to contact her,” my friend said. “I don’t want her to think that I called her a pothead.”

This is exactly why a 43-year-old friend of mine, and a mom of two young boys, won’t discuss her weed smoking with other women. “I don’t want to be judged,” she says. “I think in general women are supposed to be more responsible and something about it is irresponsible.” Another mom who responded to me on Twitter echoed those sentiments, saying that she doesn’t feel judged by family and friends, but does feel judged by the public around “racial and gender components.” Same goes for a 23-year-old who told me that she doesn’t talk about smoking “even among stoner friends.”

Most women I reached out to for this article didn't want to speak openly about their habits even anonymously. One exception was a friend who says she doesn’t feel judged — except around her family. “There is a stigma that is still there and some ignorance as to the addictive quality.” But I tend to think her candor stems from one reason: she lives in Southern California.

Perhaps, eventually, the broader acceptance of smoking weed will spread to women. Two recent examples: Lady Gaga and Rihanna both dressed up as bedazzled cannabis queens last year for Halloween. (Rihanna dressed as a weed bride with a bouquet of bud. Lady Gaga covered her nipples with sativa leaf nipple pasties.) And there's an opportunity for women to create their own statement about marijuana in the future without feeling so, ahem, paranoid. I saw some hope after a conversation with my 21-year-old cousin, a senior at Oberlin, who says most of her girlfriends freely smoke weed. “People think it’s cool if girls smoke weed.” And then as an afterthought she added, “It might also be because of my environment."