With eyes on Syria, Israel closed the case on a protestor's death

No one has been held accountable for Bassem Abu Rahme 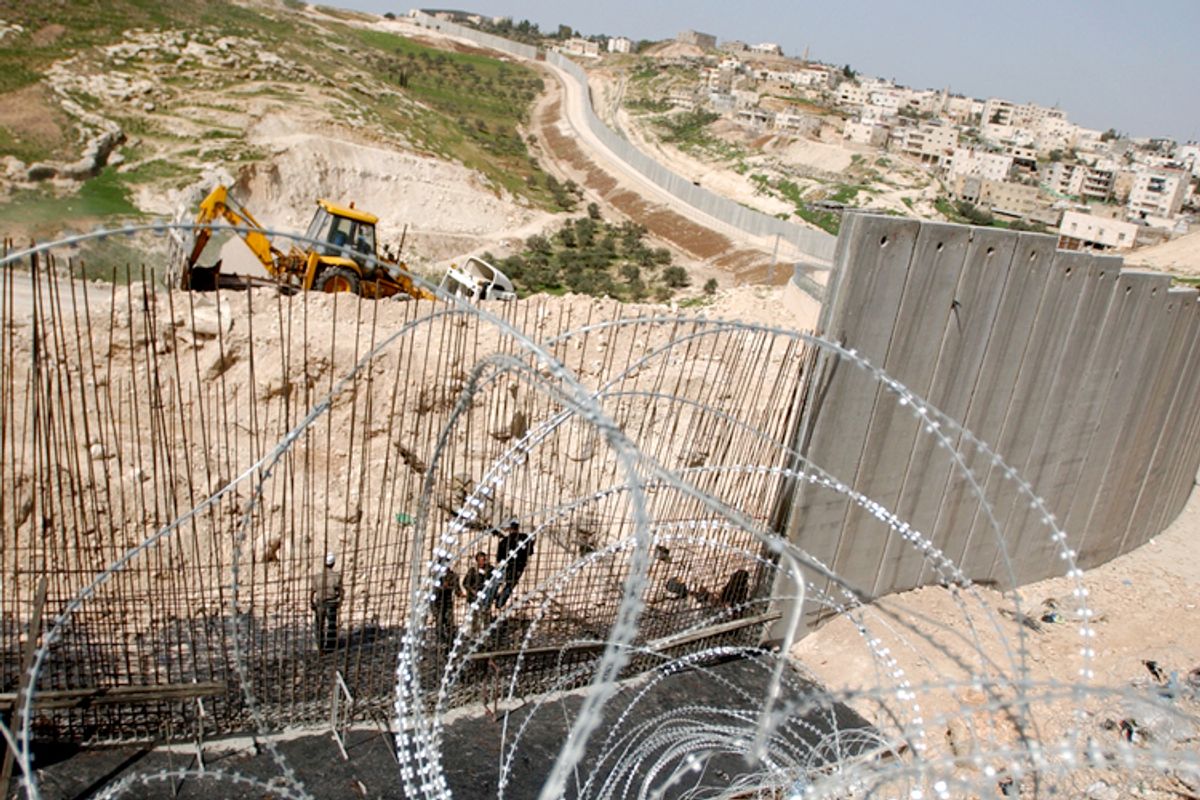 Buried under the headlines dominated by the political thriller unfolding between the U.S. and Russia last week was the Israeli military's decision to close its investigation into the 2009 killing of Bassem Abu Rahme in Bil’in, which was caught on camera and featured in the Oscar-nominated film Five Broken Cameras.

Bassem Abu Rahme, 30, was killed by a high velocity tear gas canister shot directly at his chest by Israeli forces during the weekly protest against the separation barrier, taking place in the small West Bank village every Friday since 2005. Although many Israelis have by now heard of and/or seen Five Broken Cameras, few likely have any clue about the posthumous legal battle waged by the Abu Rahme family, with the help of two Israeli human rights organization, to hold those responsible for his death accountable.

Abu Rahme’s case was begrudgingly opened by the military over a year after the shooting, on July 11, 2010, only due to an appeal by Yesh Din attorneys and B’Tselem, who presented footage from three different cameras analyzed by forensic imaging experts who confirm the tear gas canister was fired directly at Abu Rahme, in violation of the Israel Defense Forces’ open-fire regulations. However the IDF insists it is impossible to identify the shooter or to prove protocol was violated, despite not contesting the fact that an unarmed civilian posing no security threat was shot to death by Israeli forces.

The decision is not surprising. After all, the same military complex implicated in killing Bassem Abu Rahme is also mandated with prosecuting itself and with determining what constitutes legal conduct in such situations. This lack of separation of powers between judicial, legislative and executive authorities renders the Israeli military justice system a contradiction in terms. There is no shortage of cases of investigative and prosecutorial failures regarding imprisonments, injuries and deaths of Palestinians – from large Israeli operations like the 2009-10 Gaza offensive known as Cast Lead and the 2010 raid on the Gaza flotilla that get lots of media attention, to smaller ones like the shooting of unarmed protestors in the West Bank, which get comparatively sparse media coverage in Israel and abroad.

In closing the case, Israeli authorities made it clear that they are not interested in finding out the true cause of Abu Rahme’s death. What also became clear is the IDF's lack of concern that such cases repeat themselves, which they do time and time again.

In January 2011, Bil’in and the Abu Rahme family suffered another tragedy when Bassem’s sister Jawaher died after inhaling massive amounts of tear gas fired in the village during the weekly protest. The IDF provided several versions of the events – from first denying she was present at the demonstration, to admitting she was present but died of cancer, to ultimately blaming it on medical negligence in the Ramallah hospital where she was treated. We may never know the true cause of her death, since the IDF refuses to open an investigation at all.

In another more recent case in July, B’Tselem spokesperson Sarit Michaeli, who frequents demonstrations against the separation barrier in the West Bank, was shot in the leg with a rubber-coated bullet from close range while filming in Nabi Saleh. Once again the IDF denied any responsibility and evaded consequences, even when it comes to a Jewish Israeli citizen. In the eyes of the Israeli military, these cases are all guilty till proven innocent, but the problem is that Israel has no incentive to prove their innocence.

If these incidents have closed without proper investigation, imagine how many others like it you never heard about that never even stood a chance? Aside from the outrage at Israel's legal impunity in such cases, even more infuriating is the moral turpitude with which the IDF operates – never finding it appropriate to issue a measly apology to any of these victims.

Five Broken Cameras’ acclaim and Oscar nomination gave worldwide attention and credibility to the non-violent Palestinian struggle against Israeli occupation. It will even be screened in Israeli high schools this year, thanks to Israeli director Guy Davidi’s push to get the Education Ministry to include it in the statewide curriculum. But all this does nothing for the Abu Rahme family, and has not jolted Israelis out of their apathy about the perpetual injustices done in their name.

News of the closing of the case broke with barely a whimper last week. It couldn't compete with the world's outrage over ensuring the Syrian regime is held responsible for its use of chemical weapons against innocent civilians. But make no mistake about it: The Abu Rahme case is a huge story, one of the most central stories of the reality here, because it epitomizes the systemic ways in which Israel uses the weapons it has as its disposal on a daily basis with total impunity - and no end in sight.

Mairav Zonszein is a writer and editor based in Israel. She blogs at 972mag.com and is a finalist for the Anna Lindh Mediterranean Journalist Award.