IOS 7 is screwing with jailbreakers 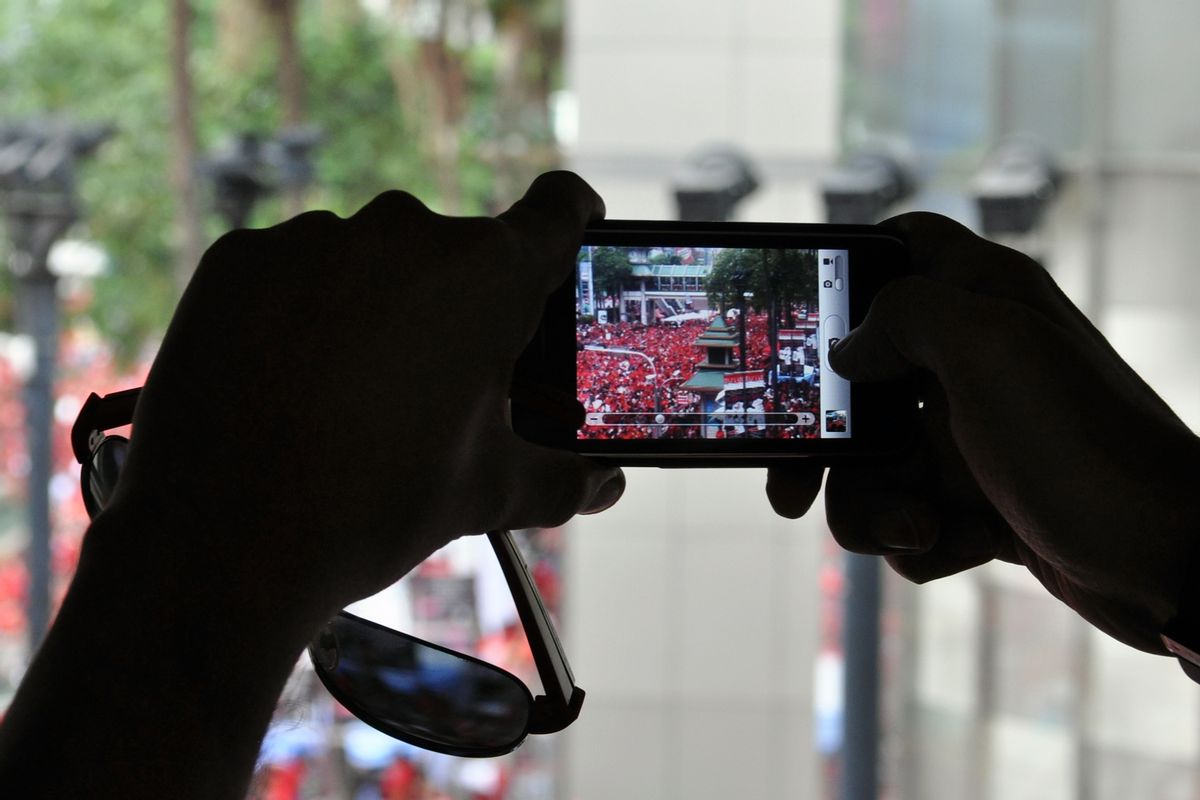 Visually speaking, things will never be the same for iOS users. This week's public launch of iOS 7 marks the most substantial shift in the look and feel of Apple's mobile operating system since it debuted in 2007. While the design overhaul will make for a palpably different experience for users of all stripes, it may be especially noticeable for jailbreakers.

One of the perks of jailbreaking one's iOS device has long been the ability to apply custom design themes via a platform called WinterBoard. In recent years, however, WinterBoard's ability to re–skin ever–evolving versions of iOS has slowly degraded. With iOS 7, the prospects look particularly dim, according to developers and designers in the jailbreaking community.

So what's changed? The interface overhaul in iOS 7 certainly doesn't help, but the gradual erosion of WinterBoard's compatibility with iOS has been underway for a while now. Some of this degradation is the natural result of an evolving operating system, whereas some of it stems from lackluster communication among developers and designers.

So for the iOS 7 haters out there, what will it take before you can override the new bubblegum look?

WinterBoard And The Rise Of IOS Theme Designing

First a short history lesson: WinterBoard was created in 2008 by Jay Freeman, aka @saurik, the developer best known for building Cydia, the alternate app store available exclusively on jailbroken devices. Through WinterBoard, designers can create their own designs for most interface elements in iOS, including things like the default app icons or the appearance of the home screen dock, lock screen, various backgrounds and the phone dialer, to name a few. Any element that is represented by a graphic––right down to granular details like UI animations, the transparency of icons, and background gradients––can be modified by a theme designer in order to create what feels like a completely new interface.

Re–theming the iOS is, by any definition, a hack. And a tedious one, at that. All elements of the UI live together in a file with the extension .artwork, which needs to be unpacked to reveal a set of .png image files that can then be modified individually in an image editor like Photoshop. Extracting these images requires a specially programmed piece of software that operates beyond the purview of standard file–unzipping applications like WinZip or StuffIt on the Mac.

In a recent blog post, theme designer Sk37cH described the complexity of some of these images:

After redesigning and then recompiling these images back into the iOS–friendly .artwork format, the theme designer is often left to tweak things on a pixel–by–pixel basis, with each change requiring the device to be rebooted again and again.

For design–conscious users, the end result of all this hard work is a repository of alternative themes. These can be used to replace the graphical interface with which iOS ships, something Apple has never given users the option to change without jailbreaking. On iOS 4, WinterBoard was fully capable of replacing pretty much all of the visual elements found within the iOS interface. With the launch of iOS 5, some of WinterBoard's functionality broke, but the issues were minor and easily fixed, says Freeman. Then came iOS 6.

"As it stands, there are tons of things on iOS 6 that took WinterBoard a long time to support, and there are still tons of things that it doesn't support," says Freeman. "Clearly, that the situation will not change for iOS 7, is not really news to anyone. The only thing vaguely interesting is why, and it isn't because I don't care somehow: It's because I'm not a theme artist and I don't even know what these things are that it doesn't support."

To remedy this, Freeman says, theme designers should file bug reports consistently and in thorough detail so that when a new version of iOS affects WinterBoard's functionality, a fix can be more easily applied. To date, he says such reports have been infrequent and lacking in the type of specifics that a developer such as himself needs in order to properly fix bugs.

These bugs can result from things like changes in how Apple caches images on iOS, which was one factor that led to theming issues in iOS 6. Additionally, as Sk37cH pointed out, Apple has begun hosting some graphical elements remotely for its own apps, such as the App Store, making it more difficult for theme designers to replace them. Issues like this can usually be resolved, but doing so often requires the installation of an additional tweak from Cydia. In some cases, all that's required is for a bug report to be filed, but the communication between designers and developers––as is so often the case––can sometimes be murky.

A lot has changed since WinterBoard launched. Not only have various design elements within iOS been restructured, but jailbreaking and the culture around it have evolved as well. For one thing, the practice itself is growing more popular. Each untethered jailbreak release is met with hordes of eager users, most of whom have put off installing Apple's latest iOS upgrade for months in anticipation of a jailbreak. When the evasi0n untethered jailbreak for iOS 6 finally went live last year (five months after the release of iOS 6 itself), the sudden influx of users rendered Cydia unusable for about 24 hours as Freeman scrambled to fix broken functionality. The lapse in Cydia's stability was a momentary one, but it illustrated the growing popularity of the alternative app store, which by then had been downloaded over 22.5 million times.

Since its inception, iOS jailbreaking has become a pretty big deal, even if the numbers pale in comparison to the total size of Apple's mobile user base. For Freeman, maintaining Cydia and its many moving parts (not to mention being actively involved in the online community of jailbreak developers) has made for an increasingly full plate. To thrive, a secondary project like WinterBoard will require the diligent attention of the entire community behind it, designers and developers alike. With iOS 7, Apple may have spruced up the joint, but the ecosystem remains a closed one: Simple things like choosing a default web browser and tinkering with the way the software looks remain elusive for iOS users who don't crack the system open so it can run things like Cydia and WinterBoard. As pretty as iOS's facelift may be, the demand for jailbreaking isn't going away.

Of course, it will be some time before an untethered jailbreak is available for iOS 7. The operating system goes live on Wednesday and if history is any indication, the public may not see a jailbreak tool until early next year. Projects like OpenJailbreak aim to use a collaborative, open source approach to expedite the process of finding and executing exploits to make a jailbreak possible. But that open source framework is brand new and even divided among numerous developers, so the hard work of finding an exploit can be time–consuming.

It remains to be seen precisely how iOS 7 will impact designers' ability to re–skin the interface painstakingly overhauled by Jony Ive and his team. One already–discovered change is that the design is no longer controlled via the traditional .artwork files and instead has switched to .car files. According to Sk37ch, the software many theme designers use to extract editable .png files from .artwork files won't be upgraded by its author to support the new format. Other solutions will undoubtedly be forged, but it's just one example of how OS upgrades can break old functionality and force theme designers to alter their already complex process. As Sk37ch writes, "So long as the community is there, I think the new obstacles can be overcome."

From Freeman's vantage point, WinterBoard's continued ability to properly support iOS depends on how well theme designers document the issues they experience as the operating system evolves. After all, WinterBoard is an open source project and patches can be applied easily, so long as the issues are clear to developers.

"WinterBoard will be on iOS 7, clearly," says Freeman. "It hooks the image loader, and the image loader will always be there. But how much stuff it can theme, and how well it themes? That is up in the air, and is related to the number of bug reports people actually bother discussing, particularly on the #winterboard IRC channel where development happens."