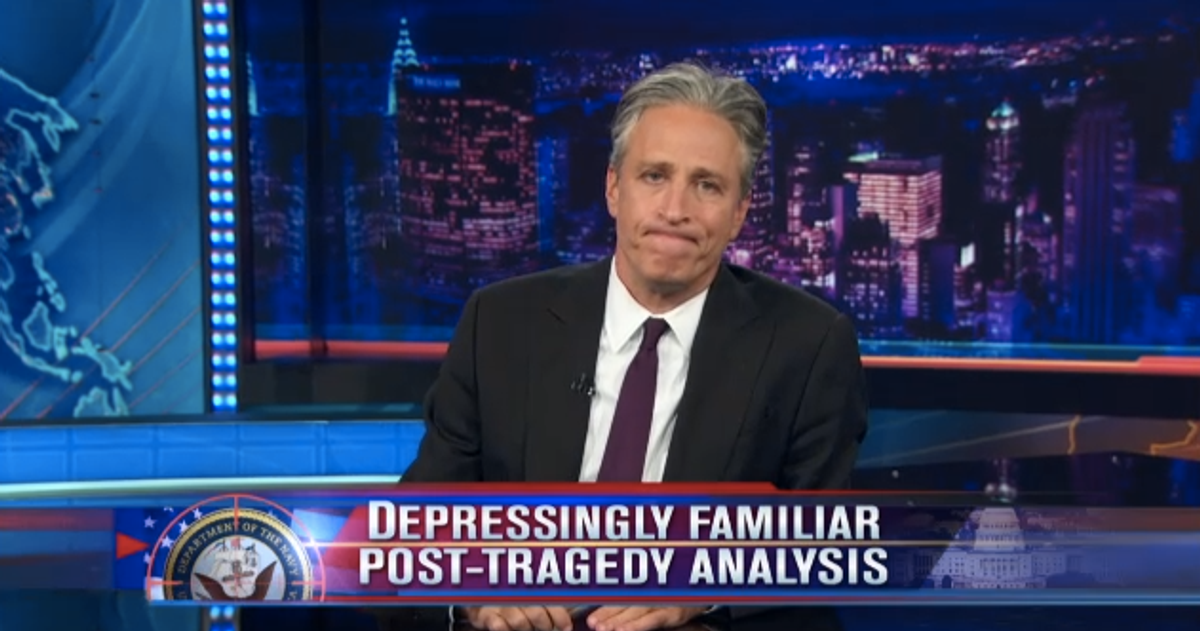 Three days after another gun massacre, this one in Washington's Navy Yard, it's back to business as usual, which leaves many wondering: What will it take to get gun control legislation passed in this country?

In a "depressingly familiar post-tragedy analysis," it was discovered that 34-year-old Navy Yard gunman Aaron Alexis, who killed at least 12 people on Monday, was able to legally purchase a gun two days before the shooting despite having a long history of mental illness and having previously been involved in "minor shooting incidents." As "The Daily Show" host Jon Stewart said, "If there's something that exemplifies our country's peculiar relationship with guns, it's that the phrase 'minor shooting incident' exists."