Bachmann and Rangel ditch debate, yell at each other on "Crossfire" 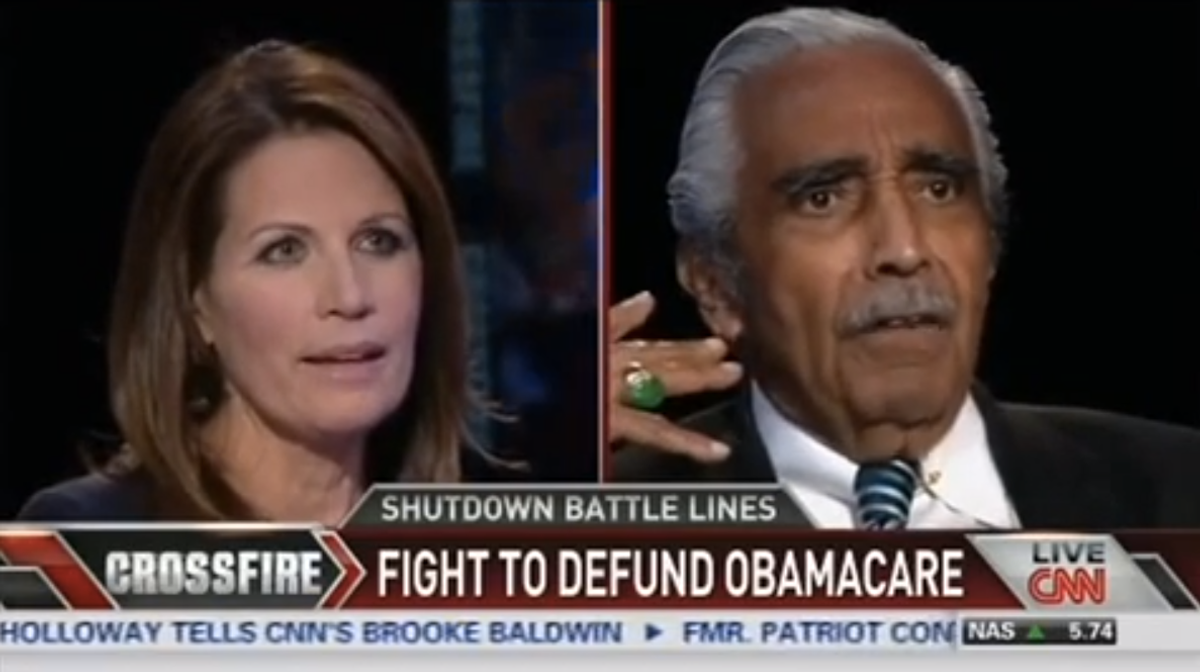 Those were Jones's last words in the debate, as Rangel and Bachmann entered into a shouting match. In response to Bachmann wanting to repeal the bill, Rangel said, "Doesn’t it take two bodies and the president’s signature? What are you talking about?!”

Bachmann persisted, saying that Obamacare gives "an exemption to big business," but not to Joe Six Pack.