Doctors vacuum a 2-foot-long clot out of man's leg 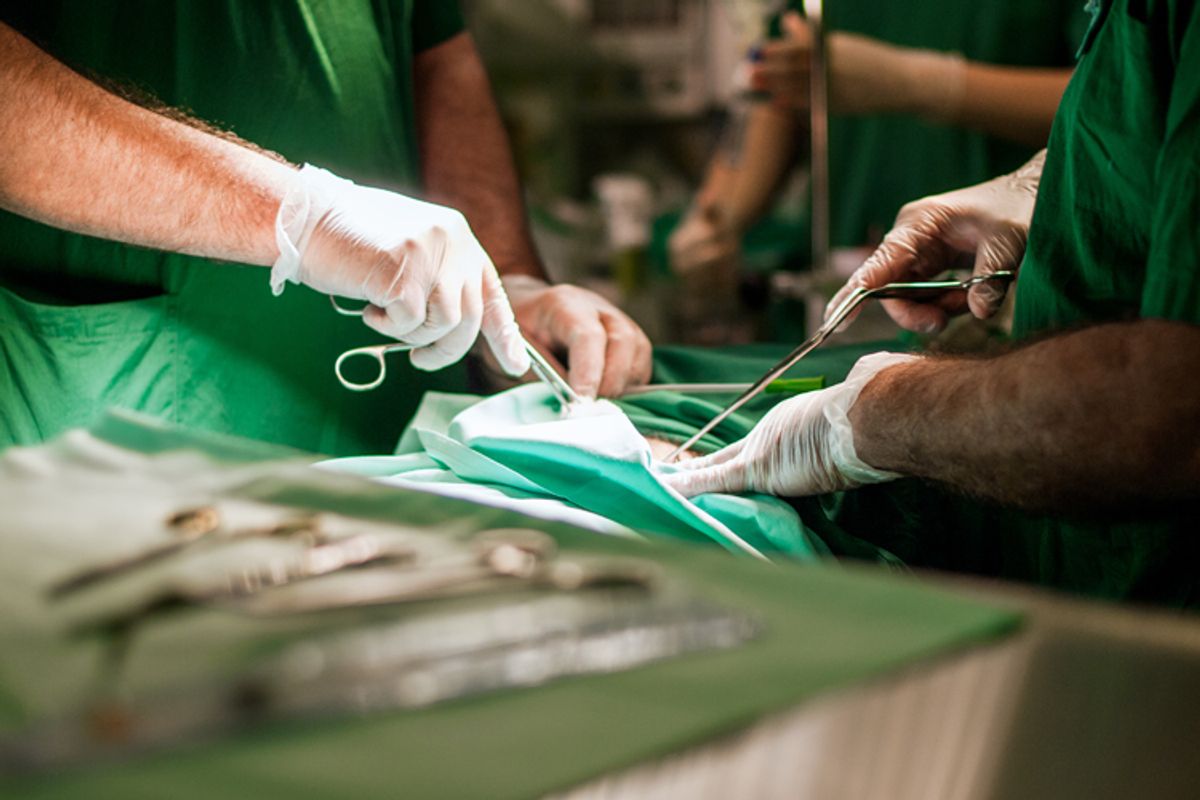 The human body is so weird.

So we don't know how 62-year-old Todd Dunlap is feeling right now. We just can't imagine. Last month, doctors vacuumed a two-foot-long clot out of his leg veins-a first for the state of California, according to UCLA, where Dunlap was treated.

Dunlap's doctors used a device, called AngioVac, that pulls blood out of veins and removes problematic materials, such as clots and tumors, according to a description from Angiodynamics, AngioVac's maker. The device then returns the cleaned blood to the body. This is the first time California doctors have ever suctioned a clot out of someone's veins. A quick literature search found individual cases of doctors using this technique in New York, Pennsylvania and Germany; in general, it seems very new.

A clot like Dunlap's could break apart and travel in his circulatory system to his lungs, instantly killing him. So doctors who have patients with his condition, called deep vein thrombrosis, have to act quickly to remove the clot, usually with certain drugs or with open-heart surgery. Doctors tried to remove Dunlap's clot with drugs at first, but that didn't work because the clot was so large and dense. So they gave him a choice between the new suction treatment and open-heart surgery and he chose the suction.

You should definitely talk to your doctor if you want to know more about this technique. We do not know in what cases this method would be better than anti-clotting drugs or surgery. This post is just to say that is an enormous clot, man, and we're glad it turned out all right.