Thanks to superstorms, flood insurance rates are about to go way up 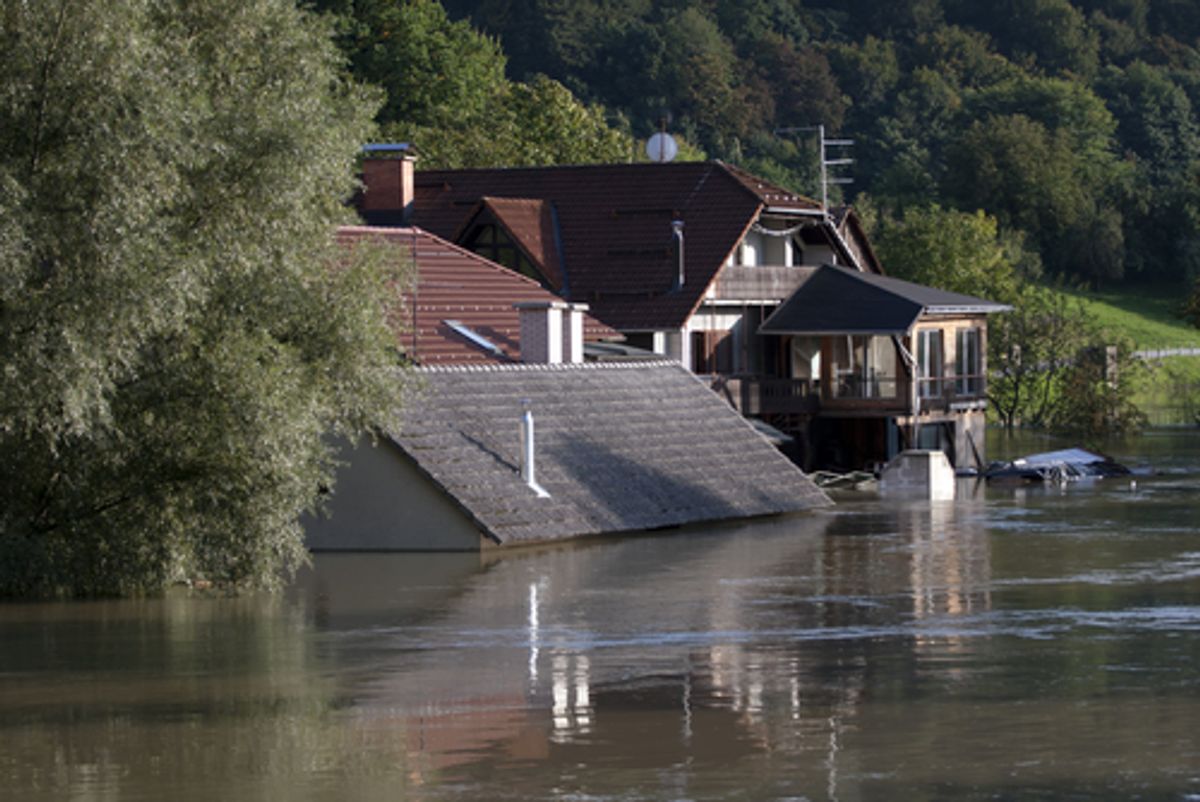 In the near future, the pleasures of living on a coastline may well be mitigated by the new realities of climate change. But even sooner -- October 1, to be exact -- homeowners who live along coastlines and riverbanks are going to be paying a lot more for federal flood insurance.

A law drawn up last year by Congress, Reuters reports, goes into effect next month as an attempt to balance a $24 billion deficit in the National Flood Insurance Program, caused in large part by Hurricane Katrina. And that was before Superstorm Sandy hit.

People whose homes were built before the first federal flood insurance rate maps were drawn up, in the 70s and 80s, will stop receiving subsidies. One homeowner in an island community off the west coast of Florida told Reuters that flood insurance on her 1950s home will increase from $1,700 to $15,000 over the next few years. Meanwhile, a nationwide re-mapping of flood zones means more people are now living in what are considered hazard zones, and may experience rate increases as well.

According to the article, "coastal areas of Florida, New Jersey, New York, Texas and Louisiana, and inland states prone to river flooding" are all considered high flood hazard areas. And at a recent meeting U.S. Senate Banking, Housing and Urban Affairs Committee, Steve Ellis, vice president of Taxpayers for Common Sense, said, "Taxpayers deserve to have those who choose to live in harm's way pick up their share of the tab." We've just entered an era in which the number of homes at risk -- and the amount of risk they're shouldering --  is rapidly increasing.