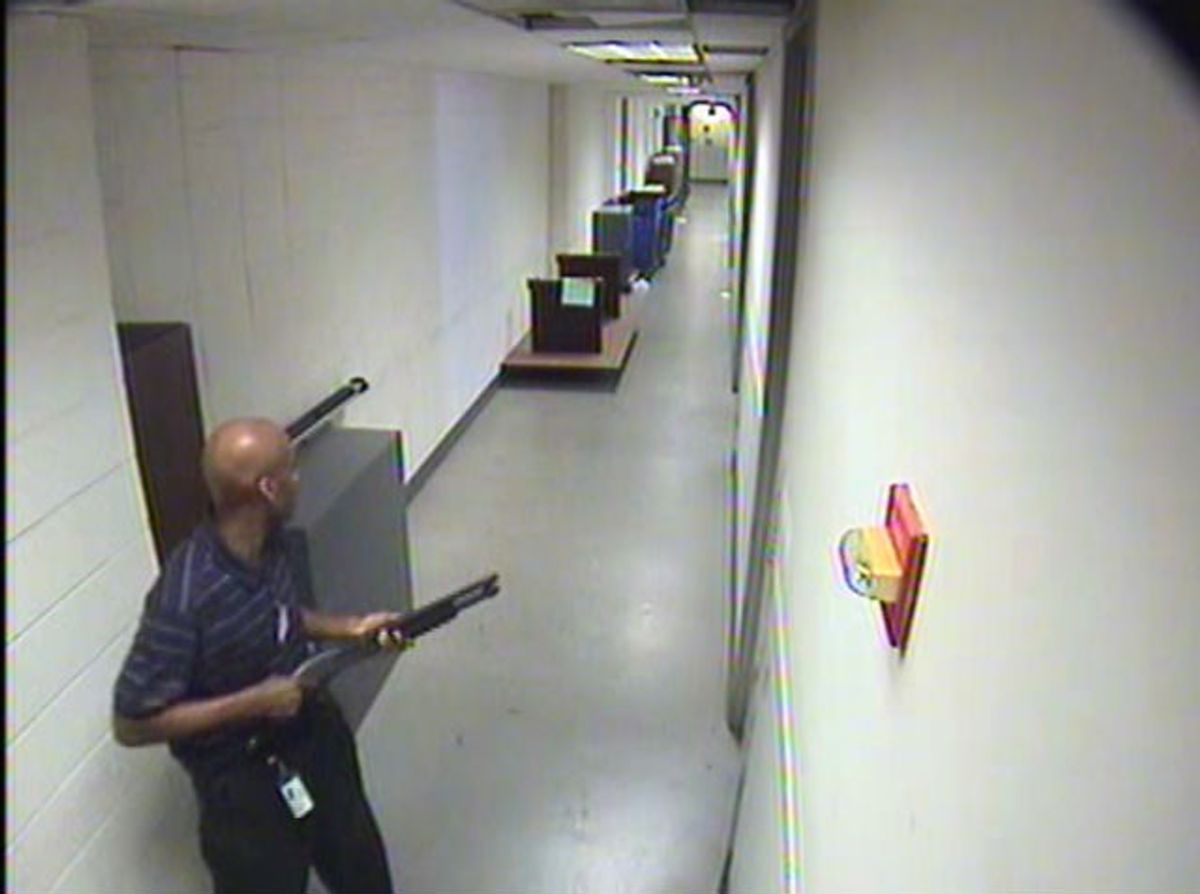 In footage released by the FBI Wednesday from surveillance tapes at the Washington Navy Yard, we receive chilling insight to how Aaron Alexis carried out his massacre.

Video and images capture the gunman entering a building in the facility, stalking the halls, sawed off shotgun in hand, looking from room to room for victims.

The FBI also released the following detailed timeline of the shooting:

Watch the video below, via the FBI: