A madman almost killed me: How this man survived the Navy Yard shooting 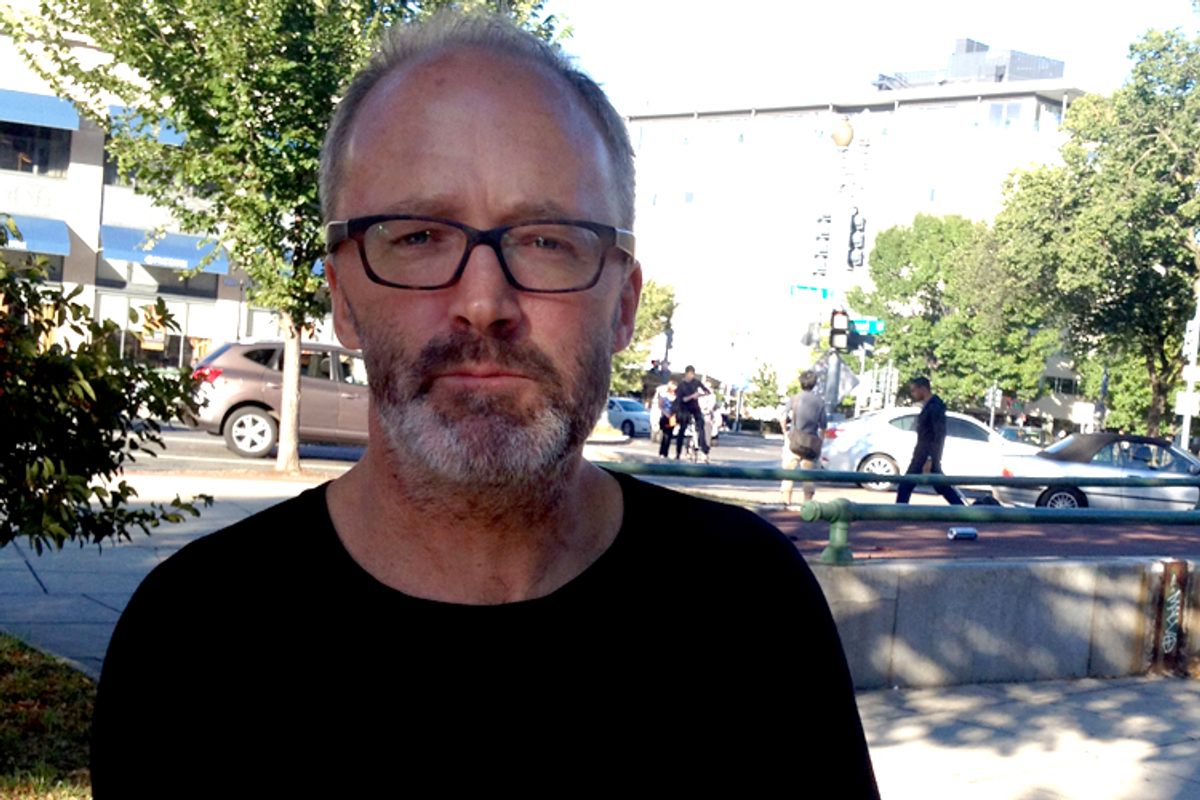 Fifteen seconds. That’s the amount of time that shipyard operations analyst Rick Anderson guesses might have saved his life at Building 197 at the Navy Yard on Monday, Sept. 16. Unsure where the gunman was located on his floor, Anderson fled down a stairwell to safety. Within moments of that decision, his colleague Kathy Gaarde, who sat about 35 feet from him, was shot and later died.

“Baghdad was easy compared to this,” said Anderson, 50, who served two stints there as a civilian.

“Here it was someone in your workplace. You didn’t know where this person was. You can hear the shots going off but the shots were so diffuse … you couldn’t pinpoint where it was coming from. You don’t know whether you were going to run into the guy,” he said.

In the week after the shooting rampage by Navy contractor Aaron Alexis that killed 12 people, Anderson, who works in the Naval Sea Systems Command, considers himself lucky.

Alexis assembled his weapon in the fourth floor bathroom that he uses. If Alexis, who the FBI says was indiscriminate with his targets, had turned right out of that bathroom that morning, Anderson may not have made it out. Instead, he first veered left and toward the 4 West area, not 4 East, where Anderson’s cubicle is.

There are plenty of other circumstances that saved the 1980s Navy submariner and Haiku writer who once considered becoming a monk. He happened to be at work early that morning -- 10 minutes before 7 o’clock, eating his yogurt. Normally, he may have entered the fourth floor hallway at about 8:20, the time of morning that Alexis was on his rampage.

Instead, as Alexis shot multiple people on his floor, he was tucked away in his cubicle near a window, not even sure if there was a shooter.

His tale of the events reveals not only what it was like that chaotic day but how strange the aftermath has been, as he and many of his colleagues have not been working at all, with their laptops stuck at an FBI crime scene.

He didn’t think they were gunshots at first. Sound is muffled in the building, a former manufacturing site with a fairly open floor plan, and he said he thought the noise might have been coming from the cargo elevators.

Alexis fired his first shot at 8:16 a.m., according to the FBI. A second pop came within about 20 seconds, Anderson said. He waited. After 15 seconds, another shot came. Then he got up from his desk and walked across the office of cubicles toward the hallway, where he saw co-workers running to get down the emergency stairwell. Amid that chaos, he heard a fourth shot.

He turned to his Naval officer colleague. Both of them were dubious that there was a gunman on the floor. Then he heard another colleague yell that there was a shooter. So both decided to bolt -- they were just steps from the south stairwell -- joining co-workers at a parking garage outside Building 197.

“If [the Navy officer] hadn’t left, I don’t think I would’ve left. But all of a sudden, we both got it and we just booked.”

Anderson thinks that decision may have saved his life. “[Alexis] was coming down our space,” he said.

At some point between 8:16 and 8:20 a.m., when the FBI says Alexis left the fourth floor, Alexis shot Kathy Gaarde, who worked about 35 feet from Anderson, and she died a half-hour later. The FBI has not yet released a sequence of who was shot when.

A co-worker who had been hiding under his desk spent the last moments of Gaarde’s life with her, with emergency personnel unable to get to her in time to help. Anderson didn’t see her get shot.

The minutes that may have saved Anderson’s life are a bit of a blur to him.

“I hope this isn’t what I think it is,” he said during the chaos, a colleague later told him. He has no recollection of saying that.

Anderson says he is ready to go back to work and is told he may be able to do so next week. He has been living without his wallet and his phone, which was secured in a locker in Building 197, and may be destroyed because some of the lockers were shot at. So he has been making calls on Skype and paying for food with checks.

The FBI has allowed some people to retrieve their belongings “when they can,” according to Chris Johnson, a spokesman for NAVSEA. But Anderson has been told by his managers that their laptops are being held because there was so much activity on the fourth floor.

The FBI will likely leave the crime scene in a few days, said Jacqueline Maguire, the spokesperson for the FBI’s Washington field office. But repairs will have to be made so most of Building 197’s employees will be working at the recently vacated Coast Guard headquarters in Southwest Washington for months, Johnson said.

Days after the shooting, the calm Anderson emailed his thoughts to friends. He has relied on his religion and spirituality to cope with tragedy.

The Bible tells us to dwell on things, he wrote them. So he has decided to dwell on natural beauty, such as a falling leaf and the human form. He has taken solace in his weekly Flamenco classes as a distraction and embraces meditation to stay present in the moment.

Anderson regrets not knowing anything about Gaarde’s life despite working with her for about 10 years. And he said he’s sad to lose the security guard that he was so happy to see every morning but knew little about. So from now on, he has determined to be more open with them.

“I don’t want to be around these people every day and not know something about them or have them not know me,” he said.

Anderson has been pretty calm since the shooting. But soon, he said, “I anticipate a good cry.”